Rongohia te Hau is a tool that, when used as part of a wider strategic change process, can drive transformative change for learners and whānau. Education Gazette sat down with members of Te Kāhui Ako o Te Puke to hear how they are using the tool as part of their culturally responsive inquiry to make a real difference in their schools and wider community. 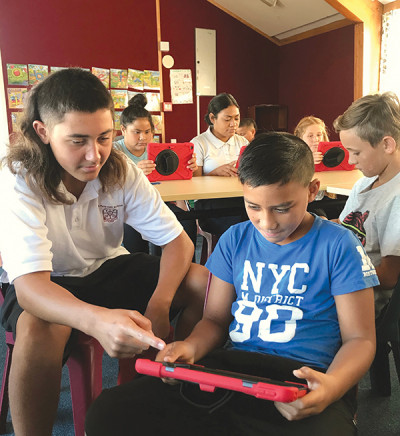 At a recent learning support panel hui in Te Puke, the Police Youth Community Officer reported that for the first time, there had been a reduction in youth crime in the Te Puke community over the summer.

“I can’t help but feel that’s actually a reflection on our Kāhui Ako bringing the community together, involving the health sector, police and other agencies along with education,” says Vicki Hiini, lead principal for Te Kāhui Ako o Te Puke, who has recently taken over the role from Jill Weldon.

“It’s about knowing each other, communicating with each other and putting the pieces of the jigsaw together. We’re getting all that support and wrapping it around the child, and not just the child, but their family as well.”

It’s just one sign of how a collaborative model of reform and change is having an effect in this Bay of Plenty community.

One of the key tools used within this model, Rongohia te Hau, was developed by Professor Mere Berryman and her Poutama Pounamu team at the University of Waikato. Poutama Pounamu experts work with educators to gather and use data to advance learners’ achievement, wellbeing and belonging.

Following Te Puke High School’s early experience with Rongohia te Hau, it was expanded to the other schools in the community when the Kāhui Ako was formed a few years ago. It quickly became an important part of the Kāhui Ako inquiry into cultural relationships for responsive pedagogy (CR4RP).

Poutama Pounamu has adapted Rongohia te Hau so it can be used by early learning centres as well.

“We have whānau across all schools and early learning centres so it made sense to roll out that existing tool and expertise from the high school,” says Vicki.

Through online surveys, supported by classroom walk-throughs, Rongohia te Hau is able to provide perceptions and evidence of the cultural relationships and responsive pedagogy experienced by learners and teachers. Importantly, it gives students, teachers, parents and whānau the opportunity to have voice. This evidence is then used to decide what the most strategic next steps for learners will be.

“It is a great tool to capture voices – it provides quite an accessible way to do that. Before that we were hearing ad hoc from whānau hui, which weren’t very well attended,” says Polly Thin-Rabb, deputy principal at Te Puke High School.

“We love it because we get a very high response rate from our parents,” says across-school teacher, Tatai Takuira-Mita.

“One of the reasons I think we have a very high response rate is because we ask our teachers to help track the responses. At Fairhaven School, 91 percent of our entire whānau responded – that is much higher than we usually get,” she says.

Te Puke High School has also become quite creative in how they engage whānau. For example, a kapa haka and dinner at the high school was followed by students handing out surveys and pens.

“I think the whānau are engaged because they have an opportunity to have a free voice and it’s anonymous. So we don’t record who writes or says what. It’s a non-judgmental space, so you’re getting raw, honest feedback,” says Vicki. 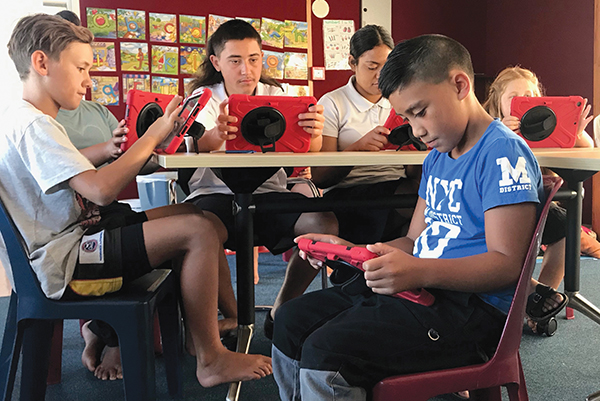 Classroom observations work alongside other tools and approaches in Rongohia te Hau.

The questions asked of teachers, students and whānau are very similar, but each group answers from their own perspective. Questions may appear simplistic, but they are now underpinned by years of research.

“The questions have been framed really carefully and underpinned by research. So the question ‘I have all the opportunities to do all the things I want to do’ is actually about power-sharing,” says Tatai.

Professor Mere Berryman says the responses to the questions are then collected and the data is analysed by Poutama Pounamu.

“It is then fed back as a triangulation of what the three groups perceive is happening for them and what they are saying,” explains Mere.

“The real strength of the feedback is providing a clear picture of where the connections and possible disconnections lie. This provides evidence for groups to come together and plan more effectively and strategically forward,” she says.

“Visually the tool shows if there’s a difference between what the different groups think about pedagogy. So it shows what areas we are strong in, what areas we are weak in, and how we can tailor our inquiry,” says Vicki. 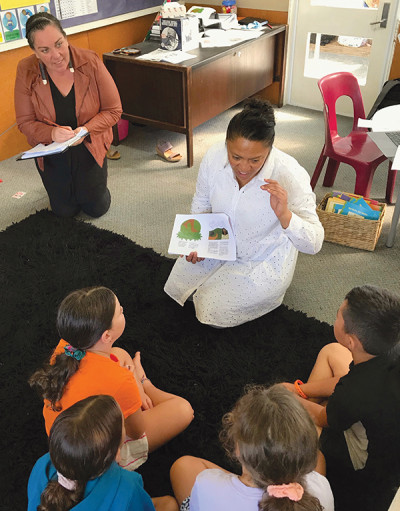 Classroom observations work alongside other tools and approaches in Rongohia te Hau.

Relationships, in every sense – student-teacher, teacher-whānau, school-iwi, and so on – have emerged as a key theme.

The data relating to the question around ‘Teachers in my class care about me’ has helped inform a strong focus on professional learning and development (PLD) in this area, including leadership PLD for the principals, facilitated by Poutama Pounamu.

“So you’re getting right across the board that for children to be effective learners they need to have respectful relationships with their teachers,” says Vicki.

Polly gives another example of how the data is helping steer strategic decision making. She refers to a question that says ‘In this school it feels good to be Māori’ – the question is adapted to reflect the student’s ethnicity.

“In our school we got quite a lot of whānau feedback around how they wanted a Māori-medium pathway. And that’s not yet happening in our school. So that’s something we’ve been working really hard at to get a rumaki class up and running.”

Tangata whenuatanga is also an area that has emerged as a trend and a focus for development.

Rongohia te Hau, along with other tools and strategies, aims to counter racism and subconscious bias.

“What this is doing is changing people’s ideologies and beliefs. It’s a gentle process. We’ve all had lightbulb moments where we’ve thought, ‘Oh my gosh, I can’t believe I actually thought that and it’s coming across in my actions’,” says Vicki.

“It’s about hauora, wairua, their entire thinking – encompassing all these values that you can’t easily rank. It’s much bigger than focusing on narrow curriculum achievement,” says Vicki.

This analysis revealed that by Phase 3 of the Te Kotahitanga intervention, there were significant major shifts in educational outcomes for both Māori and Pacific learners. By Phase 5 in 2012, the number of Year 13 Māori students achieving NCEA Level 3 was nearly three times what it had been four years earlier. 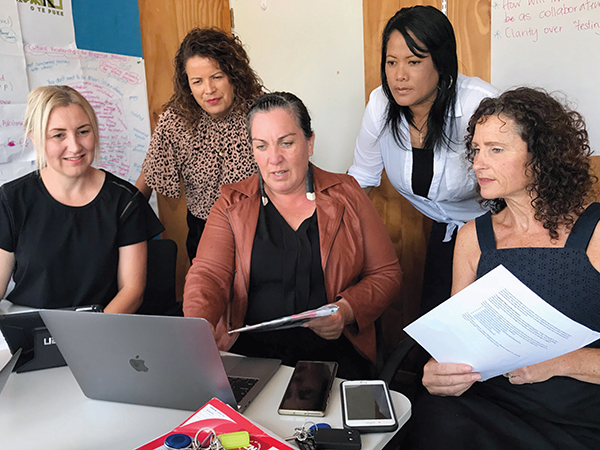 Rongohia te Hau data is useful at a school level, even at a learner level, as the survey provides opportunity for specific comments.

But its real power lies in driving change at a community level, working across schools and with the wider community to strengthen relationships and cultural responsiveness.

This includes building relationships with iwi. “I think Rongohia te Hau highlights the importance of having strong relationships with our iwi. We need to ensure that our mana whenua feel valued and have a voice. We are responsive to iwi requests and have had the flexibility to add questions to the survey,” states Tatai.

The Rongohia te Hau evaluations feed into each school’s charter and action plan, and at the Kāhui Ako level too.

“Rongohia te Hau is not something that sits separately to everything else.

“As we’ve gone through the journey, there’s more shared ownership. In the beginning it kind of sat with the Kāhui Ako team and it didn’t have much buy-in. Now that we’re sharing the data, all staff are sharing ideas so it becomes ‘our action plan’, says Tatai.

Polly says one of the challenges is keeping whānau informed about what is being done in response to their feedback. “We don’t want them to say, ‘Why do we have to keep doing these surveys all the time?’” 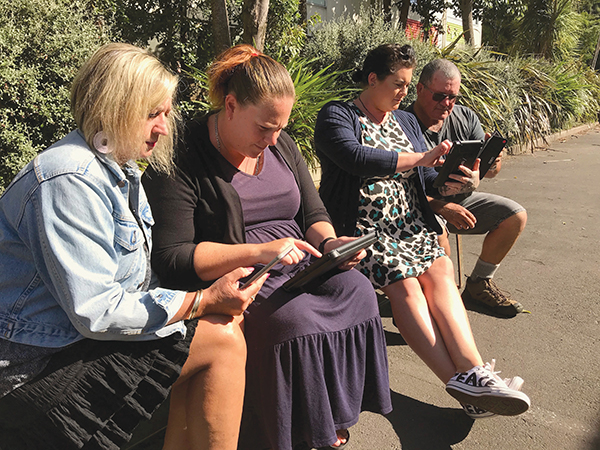 Te Puke whānau are pleased to have the opportunity to share their views via the Rongohia te Hau survey tool.

Driven by evidence and need

In her professorial address(external link) in 2018, Professor Mere Berryman (Ngāi Tūhoe, Ngāti Awa, Ngāti Whare) asks: Do we continue to force Māori learners to leave their culture at the school gate and fit into our classrooms, or can education be a place where Māori students feel they really belong? 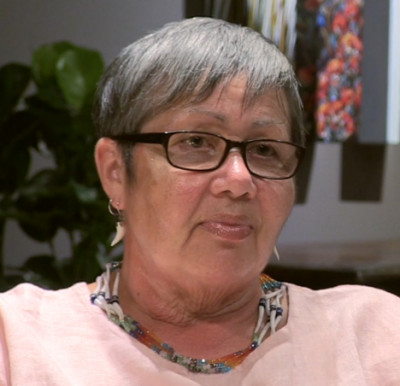 “Māori students don’t want to be assimilated – they want their cultural identity to be strong and secure,” she says.

Part of a change process

The work of Poutama Pounamu spans almost three decades, working with early learning through to tertiary, and the centre continues to have a strong focus on collaborative research and development.

Rongohia te Hau was developed in the final stages of Te Kotahitanga when secondary principals asked for a set of tools to help establish what was happening within the teaching and learning practices in their schools.

Rongohia te Hau is a strategy that sits within that change process and should be used with other tools and strategies that help support these critical success factors. Evidence suggests that Rongohia te Hau is unlikely to be effective if used in isolation.

Evidence from Te Kotahitanga Phase 5 suggests that the intervention is helping Māori students to embrace their identity within their learning.

William Colenso College in Napier was one of the schools that contributed to this phase of the research and development of Te Kotahitanga, and their student feedback clearly indicated a feeling of pride and confidence in their identity.

‘It’s a real good feeling being Māori’; ‘We are relaxed. We can be ourselves’; ‘It’s like the oppositive of racism in this school’ were some of the many statements(external link) collected from Māori students.

A best evidence feature, comprising a series of videos, is now available. It shows how Rongohia te Hau can be used with other evidence-based tools and strategies to support success for ākonga.

Rongohia te Hau is a way of using evidence including survey responses from learners, whānau and teachers, and observations of teaching, to inform and develop culturally responsive teaching and leadership across the curriculum.

The process builds on relationships with mana whenua, iwi, hapū, whānau and Māori communities and is an enabling approach to responsive consultation for transformative and ongoing educational improvement.

The constructive strategy aims to counter racism by gathering and analysing evidence from students, whānau and iwi, which schools can use to implement practices that respond to the evidence. The ongoing cycles of feedback and development build new understanding for accelerated and ongoing improvements.

The Ministry of Education has released a best evidence feature: Rongohia te Hau: Effective support for culturally responsive teaching(external link), which explains the ‘how’ of building productive partnerships to drive change and improve outcomes for ākonga in English-medium schools.

The feature includes a series of videos encapsulating the early journeys that Te Kāhui Ako o Te Puke and Bethlehem College have taken with Poutama Pounamu to incorporate Rongohia te Hau into their strategic direction and practice.

Subjects covered in the videos are:

By following their children’s interest in birds and bugs, kaiako at Picton Kindergarten are helping children learn about conservation, whanāungatanga and kaitia

Data on Māori and iwi learners will soon be more readily available, thanks to a new tool developed in partnership with iwi education leaders around the country.

By following their children’s interest in birds and bugs, kaiako at Picton Kindergarten are helping children learn about conservation, whanāungatanga and kaitia Read more

Data on Māori and iwi learners will soon be more readily available, thanks to a new tool developed in partnership with iwi education leaders around the country. Read more