Puanga and Matariki – what is the difference?

In Aotearoa New Zealand, Matariki signals the beginning of the Māori New Year. However, iwi Māori in some locations favour the rise of Puanga because Matariki sits low in the eastern horizon and is therefore not always visible from their location. Puanga can be seen in the eastern sky and is celebrated by iwi in Whanganui, Taranaki, parts of the Far North, and parts of the South Island. Ngāti Apa kaumatua Dr Mike Paki explains. 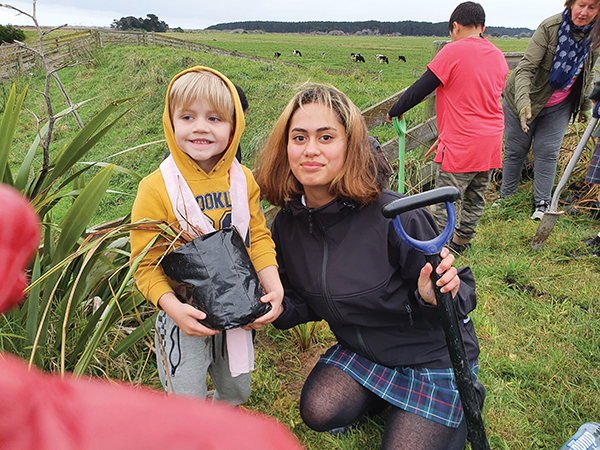 Ākonga from Rangitīkei College and Tangimoana Primary School team up to plant trees at Tangimoana, where Te Tiriti o Waitangi was signed by local chiefs. The college celebrates Puanga and Matariki for the first time this year.

"Puanga leads Matariki up into the sky, but here in the Rangitīkei through to Whanganui and parts of Taranaki, we don’t actually see Matariki, it’s hidden because it rises above the horizon on the East Coast. They can see it, but we don’t see it,” says Mike.

“It rises below the horizon here or behind the Kaimanawa mountains. And so, for us, Matariki doesn’t hold as much influence, but Puanga does.”

“We know that after Puanga has risen to a certain point that the next new moon will be the new year. We’re preparing up to new year and we talk about Puanga, which means dry and shrivelled, as being representative of the earth at that time. It is time to start breaking the soil and to weed because the frosts are coming. And at the same time, it’s about clearing the earth of anything that has gone before.

“We talk about Puna Ariki, or Te Waka o Tama Rereti as it is known by others, the waka that collects up those who have passed during the last 12 months or so. Puanga is about remembering those people who have gone, it’s our stage of clearing the earth both physically and spiritually. 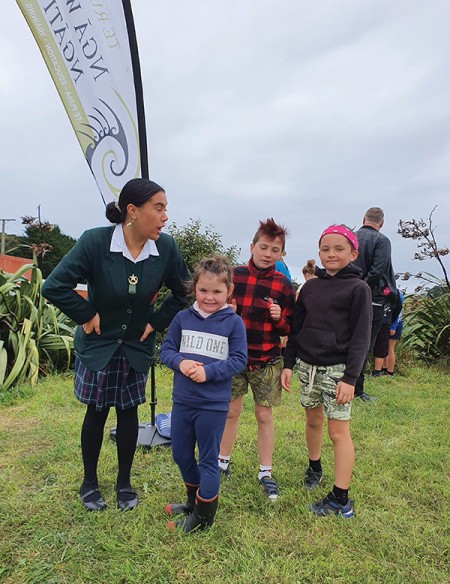 Ākonga from Rangitīkei College and Tangimoana Primary School at a tree planting day.

“Puanga is very important for us because we can tell by the shade or the light of it, how the next season is going to be. Is it going to be a rough one, so we need to build bigger māra/gardens to feed everyone or is it going to be a fruitful one? And as other stars appear, we can tell whether those fruits will be of the sky or the sea. And that’s why, for many of us, they go to the maunga/mountain to see Matariki, and the karakia and the rituals are done on the mountain.”

Mike works with kaiako in early learning centres and kōhanga reo through to tertiary institutions to help them to instil iwi and hapū perspectives into their curriculum and to develop place-based learning that is culturally appropriate.

One of these is Rangitīkei College in Marton where both Puanga and Matariki will be celebrated for the first time this year.

“After consulting our kaumatua [Mike], we will be celebrating Puanga and Matariki together as one concept,” says principal Tony Booker. 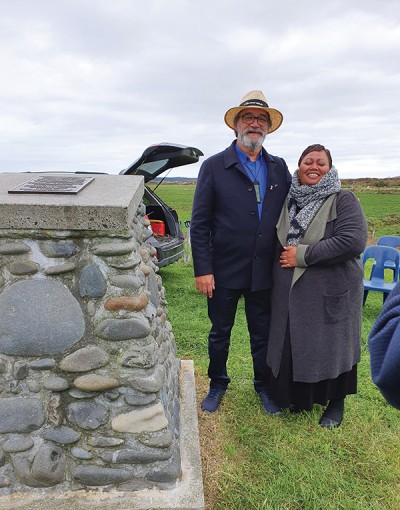 “He talks about Puanga as being the clearing of the decks to mark the end of the year and setting up for the next, while Matariki has more of an emphasis on the new year. The main thing we want to achieve is for our students to learn that Matariki is not just another holiday, but to understand the significance of it.”

Events will include a haka and waiata competition between the school’s four houses, the weaving of Matariki learning into art and science, and a week of Aotearoa-based foods on offer through the school lunch programme.

“We are really hoping to put down a hāngī as well, as a lot of our ākonga haven’t experienced a genuine hāngī. And we have started taking a marae trip and again, it still surprises me that some of our students have never been on a marae, let alone stayed on a marae before. So, we are trying to incorporate as much of this mātauranga Māori into the fabric of the school.”

A long and proud tradition

In Hawera, Puanga has long been both a fixture and a highlight of the Ramanui School calendar. The school of 43 ākonga, most of whom identify as Māori, begins preparations in term 1 which continue through terms 2 and 3 for celebrations that include a shared dinner and sleepover.

“We start by looking at what it’s all about, the time of celebrating the harvest from the māra and replenishing the soil for replanting,” says principal Debbie Drake. 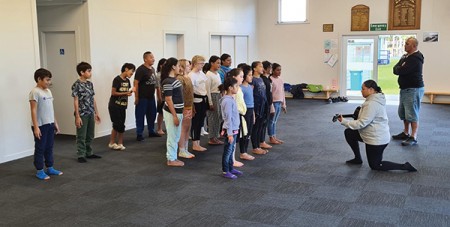 “We also look at it as whānau time, we look at storytelling, and the crafts of harakeke weaving and manu tukutuku/kite making, and hīnaki/eel traps. Ākonga learn the spiritual rituals that are associated such as karakia before cutting the harakeke, and to follow the protocols involved with weaving.”

At the big event in mid-June, ākonga share kai/dinner at school, normally a hāngī of pork, mutton and vegetables, before gathering outside to stargaze and then sleepover at school.

This year, whānau will join tamariki for a day of traditional Māori games and craft including ki-o-rahi, a ball game new to some ākonga that the Māori battalion played over in Italy during the war.

“The students really look forward to it. One of them has just said to me that we need to make sure all the iPads are charged,” says Debbie in reference to the Sky Map app that children use to identify stars.

Ākonga take great pride in “owning” Puanga, she says. “You hear so much about Matariki and we tell the tamariki that only certain areas on the west coast can see Puanga and what it means for our harvest, and they think it’s great.

“We will be celebrating the new beginning of our school garden which we will share with our community.”

Ramanui School ākonga fly kites they have made to celebrate Puanga.