Schools and early learning centres from all over New Zealand and around the world have got behind The Paper Doll Project, an initiative that was started by two siblings keen to uphold diversity and inclusion in the wake of the 15 March mosque attacks. 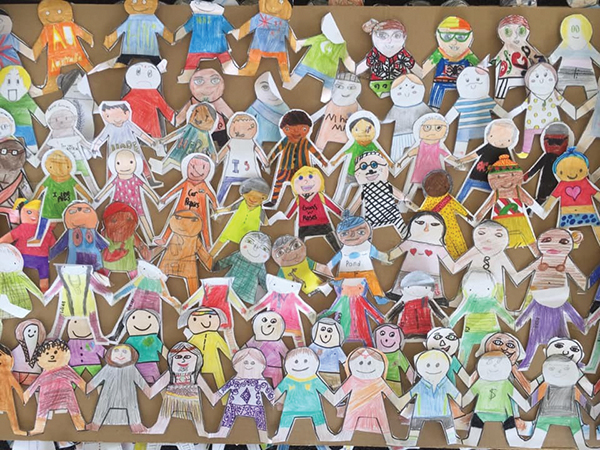 A four-metre long wooden crate fills the Barback family’s garage. The crate contains hundreds of strips of heavy-duty cardboard, each strip lined with row after row of colourful paper dolls, sent in from schools and early learning centres around the world.

The Paper Doll Project was an idea conceived by Papamoa siblings Daniel (11) and Emily (9) Barback following the mosque attacks in Christchurch. They struggled to understand why someone would attack a group of people because of their race and religious beliefs and they wanted to find a way for Kiwi students to show the world that the attacks don’t define New Zealand.

“We wanted to create a long, long line of paper dolls that show people of all different cultures together, holding hands,” says Emily.

The siblings started a paper doll chain, creating colourful dolls symbolising the rich diversity of New Zealanders. The project soon went viral on social media and every day more paper doll deliveries arrived from all over New Zealand. Then they started arriving from other countries like Australia, Japan, the United Kingdom, the United States, and Chile.

They also received a hand-written letter from Prime Minister Jacinda Ardern and a letter from the office of HRH Prince William, Duke of Cambridge, both commending them on the project. 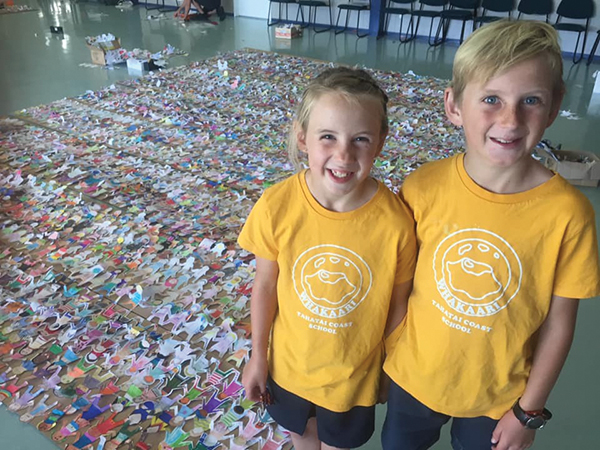 Emily and Daniel with some of the many paper dolls sent in from around the world to convey acceptance of diversity.

Many of the dolls contain messages of hope and support for those affected by the shootings, such as ‘Kia kaha Christchurch’.

Many paper doll deliveries were accompanied by notes from teachers, saying how the project gave them an opportunity to talk about diversity and inclusion in a positive light following the atrocities of 15 March.

The children have been overwhelmed by the response and it has been slow progress connecting the thousands of dolls together. Their school and the local community have pitched in to help them with the task.

“The paper doll chain is now over four kilometres long, but we’ve still got thousands more to connect,” says Daniel. “I’m not sure if we’ll break the world record, but we’ll give it a go!”

The world record for the longest paper doll chain stands at just over 8.5km. While breaking the record would be a great feat, the focus of the project has always been on demonstrating inclusion and acceptance and on celebrating diversity.

Daniel and Emily are unsure what they will do with the paper dolls when the project is complete, but they hope the chain will eventually find a home in Christchurch. 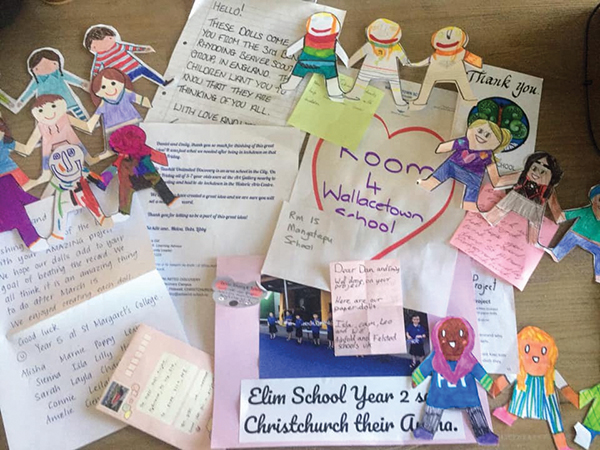 The staff and families of An Nur Child Education and Care Christchurch have experienced an outpouring of support since the tragic events of 15 March last year.

Education Gazette talks to Aliya Danzeisen, lead coordinator of the Women’s Organisation of the Waikato Muslim Association and teacher at Hillcrest High School.

Editor Jude Barback reflects on the challenges of 2020 and discusses some key developments for the Education Gazette as it enters its 100th year of publication.

The staff and families of An Nur Child Education and Care Christchurch have experienced an outpouring of support since the tragic events of 15 March last year. Read more

Editor Jude Barback reflects on the challenges of 2020 and discusses some key developments for the Education Gazette as it enters its 100th year of publication. Read more