Education Gazette talks to Aliya Danzeisen, lead coordinator of the Women’s Organisation of the Waikato Muslim Association (WOWMA) and teacher at Hillcrest High School, about how schools and educators can continue to improve their culturally responsive practices. 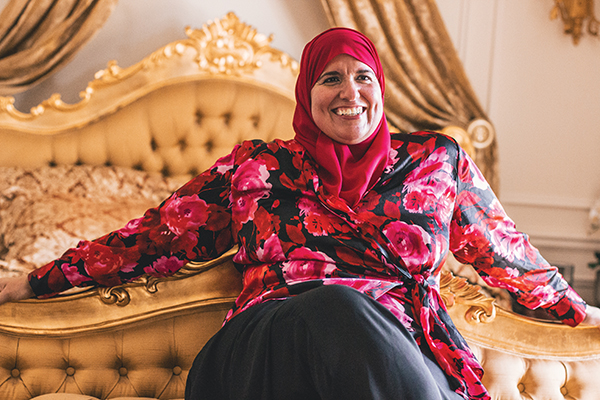 Aliya Danzeisen says there are things schools can do to improve their cultural responsiveness.

Aliya Danzeisen says there has been a huge show of solidarity for the Muslim community since the tragic events of 15 March, nearly a year ago.

As both a leader in the Muslim community and an educator, Aliya is well-placed to comment on how our schools and wider society have responded.

“I would say that the significant amount of time we’re getting things right. But the damaging effects of when we get it wrong has long-term harmful effects on the individual, family or community.”

Aliya says sometimes teachers’ well-intentioned efforts to be inclusive can have the opposite effect.

For example, calling upon Muslim students to be experts about the whole Muslim community can result in distancing them from their peers, their experience of New Zealand and their teacher. Such actions fail to recognise that the Muslim world is so diverse, in terms of ethnicity, nationality, language and traditions.

“They are placing a whole intense experience globally on youth who have no ability to change that,” says Aliya.

“What students know is the Kiwi Muslim context; they don’t necessarily know the geopolitical issues from their parents’ homelands.”

Where schools can find information

Aliya says there are places where educators can seek information, rather than from students themselves. Local Islamic associations, for example, are happy to help local schools where possible.

There are many things schools can do themselves to improve their cultural responsiveness, starting with making students aware of the school support services on offer. Promoting things like buddy systems, counselling and reflection rooms are all helpful.

“Because about 75 per cent of Muslims have come from a migrant background, they will not necessarily know what some of the services are,” says Aliya.

“Even things like what happens on camp, how the netball season works, when registration happens – making them aware is another way to make them feel included.”

Being aware of the global calendar when scheduling school events is another way to be inclusive. Holding parent teacher conferences on significant dates for various cultures is like saying ‘your parents don’t need to be here’, says Aliya.

The positive impact of diversity

Aliya believes incorporating diversity into a school’s values can have a positive impact on the school’s culture. One of Hillcrest High School’s five values is ‘We value diversity and difference’ and this has made a big difference to the student body, she says.

“The Muslim community has chosen New Zealand because of its approach – because of the education, the environment, the safety, the people. A lot of our values and beliefs are similar to those of Māori people.

“So when we’re pointing out that we can improve, it’s not that the vast majority of things aren’t good – they are –
it’s just the few things that we have to get right.”

The Ministry of Education provides a range of resources to schools to support them to develop a local curriculum that helps children and young people to shape social skills and relationships and support diversity and inclusion.

The staff and families of An Nur Child Education and Care Christchurch have experienced an outpouring of support since the tragic events of 15 March last year.

The staff and families of An Nur Child Education and Care Christchurch have experienced an outpouring of support since the tragic events of 15 March last year. Read more