Students at Nelson’s Waimea College have been working with local mentors, council and community groups to improve the habitat of an elusive wetland bird, the banded rail. 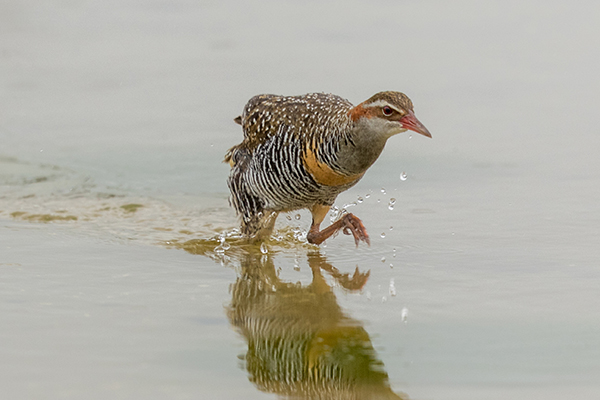 For the past three years, Year 9 and 10 students at Waimea College have taken part in a cross-curricular enrichment programme, where they can choose to do one module per term for three hours a week. Each module is given a title that captures its essence; for example CREATE is the arts-based module and CHANGE is the module relating to social issues.

One of the modules, SAVE (Tiaki) focuses on environmental issues in their own backyard, the Waimea Inlet. Each term a group of Year 9 students learns about migratory birds, water quality, pest control and kaitiakitanga, says Roger Waddell, course leader and science and education for sustainability teacher. He says the module can cross maths, digital technologies, art, science curricula – and even include acrostic poems. 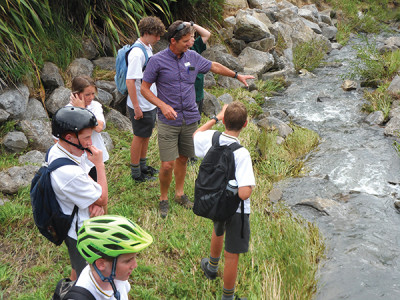 The SAVE module follows the inquiry-based Enviroschools Action Learning Cycle. In the final few weeks of each 10-week module, students apply their learning and design their own projects, which include engaging with the community.

“They start by brainstorming what they see, what they know and how the inlet could be different.

“We provide enough basis for them to decide on their action topics. Several process methods are embedded in the pedagogy, such as ‘is it achievable in the timeframe?’ ‘Is it too expensive?’ So it’s them learning how to plan projects,” says Roger.

Since the enrichment programme began three years ago, participants in SAVE have been involved in projects including enhancing habitats for whitebait and the banded rail, and predator trapping.

The Waimea Plains were occupied by Māori from the 1500s and known as one of the most productive areas in Aotearoa. An intensive programme of land development, which continues to this day, began when Europeans arrived in the 1840s and has impacted and degraded biodiversity and water quality.

Students join forces with several community groups or mentors to come up with solutions to some of the problems facing the inlet.

Waimea College students have been involved in planting salt-tolerant plants such as ake ake, manuka and flax to improve the habitat and provide coverage for the banded rail.

“We are well on the way to a huge area being planted in a site Tasman District Council (TDC) has allowed us to use near the school,” says Roger. 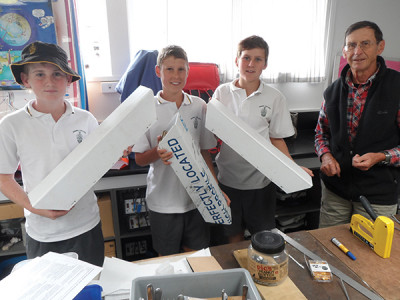 Over the past three years, along with TDC and groups like Battle for the Banded Rail, the students have been building a network of predator traps to fill a gap in trapping lines, which now ring Waimea Inlet.

“Because we have different groups of students each term, continuity is an issue, so we have recruited a retired teacher to check the lines and upload information onto trap.nz. The students can look up how many rats, stoats and predators have been caught,” says Roger.

“They are learning about digital technologies as well. We do a unit on GPS. When we are down checking the traps, I have my GPS with me and the students have to get from one trap to another using it.” 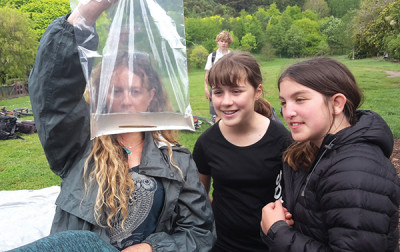 About 22 streams flow into the Waimea Inlet. Along with the Waimea River, they drain urban, industrial and rural catchments. Reservoir Creek flows near the college and students walked from sea to source to conduct a water quality study looking at macro-invertebrates in the stream.

Some students worked on enhancing whitebait habitats in the stream. Another group of students discovered there was a problem emanating from their school.

“They found that storm runoff from the school pool had been running into the stream so they worked with school management and Tasman District Council.

“The process of sorting out the problem had begun anyway and a pipe now takes the runoff to the sewerage area rather than the stormwater area. But I thought the project was so valuable that the students decided to ascertain the variety and number of fish life below and above the stormwater outlet,” says Roger.

Each week SAVE students head out to the Waimea Inlet with binoculars to see what migratory birds are in the estuary. Early in the year, if they are lucky, they will see godwits getting ready for their long annual migration to Alaska.

Some students have been building nesting boxes for kingfishers. “They built them, dug a hole in the bank beside the inlet and put in an entry tunnel. We were probably a bit too late for the laying season, but we are hoping they will be occupied this spring,” says Roger. 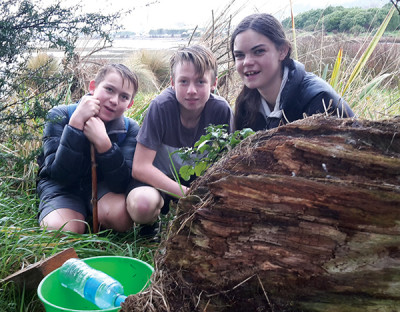 With an outdoor education background, Roger tries to include a number of experiential games as he believes they are a great way to learn.

“We play predator/prey-type games – the banded rail versus stoats and rats. It works on the emotional side rather than just reading it in a book.”

Learning through applied, relevant, contextual activities is key to the enrichment programme. Roger says the students complete the module feeling they can make a difference.

“A big focus of what we do is around climate change. I think it’s really important to put a positive spin on it – they can do something about it. Empowerment comes from looking at their own world and deciding on an action project that makes a difference.”

Why did you choose to do the SAVE module? 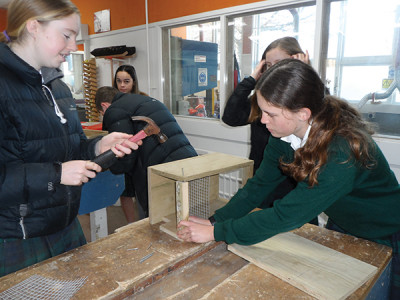 What were some of the key things you learned?

Please note the printed version of this article displays an image of a weka, not a banded rail. The image on the online version has been corrected to show a banded rail. We apologise for this error.