A whānau-led approach to services and support has made a difference for families with children living with disabilities. 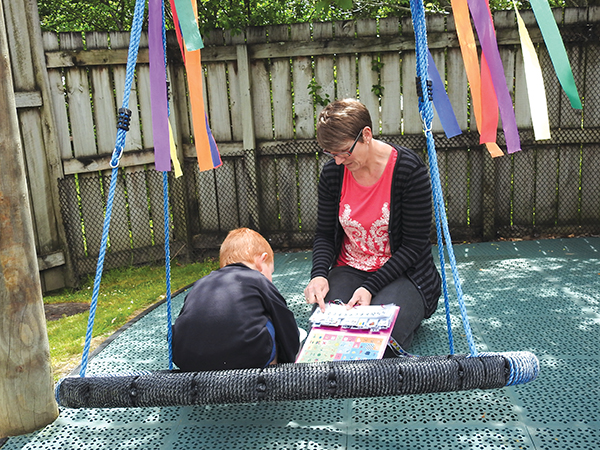 For disabled children, having a good start in life often depends on how well those in the disability support system, and other systems, work with their parents, families and whānau.

To improve the experience of families of disabled children aged 0–8 years, the Ministry of Education led the Good Start in Life (GSIL) project, a cross-agency Disability Action Plan (2014-2018) project with a whānau-led approach to co-designing changes to services and support. 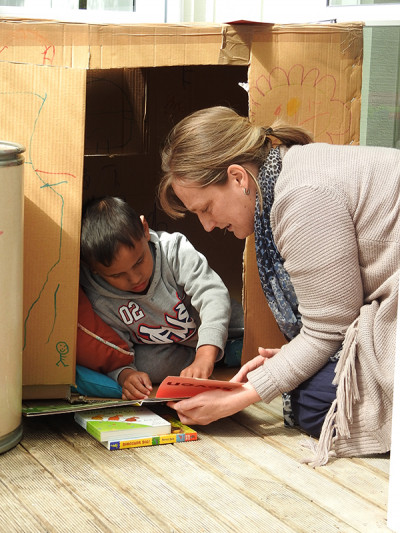 Learning generated from the GSIL project has been in action for several years at the McKenzie Centre in Hamilton, an early intervention centre for children with special needs.

“The family-centred practice notion is very important to us,” says centre director Trisha Benge, “and we are extending that to family capacity-building whereby whānau are leading the way that they support their children from early childhood into school and ongoing.”

It’s not a one-size-fits-all partnership, says Trisha. Each child, each parent, each family or whānau is different. They all have different strengths, attitudes, experiences, skills, environments and social connections.

McKenzie Centre parents attend a once-weekly session with their child, learning and sharing alongside teachers, specialist staff and fellow parents. The rest of the week the children attend their regular early learning service.

Parents are also invited to attend and lead workshops for other parents. The focus is on wellbeing, using your signature strengths, building support networks and positive psychology. 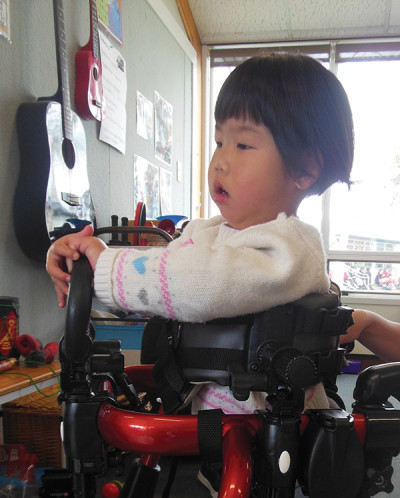 The McKenzie Centre aims to achieve the best outcomes for each child.

“We acknowledge parents as experts about their child and view peer-to-peer mentoring as a way in which parents can create the social change needed by capturing their knowledge and sharing it,” says Trisha.

Other workshops focus on information sharing; for example, how Te Whāriki folds into The New Zealand Curriculum, how parents can take a lead role in their child’s individual education plan (IEP), and the Code of Rights for Disability.

“Parents are experiencing a lot. We talk about acquiring and maintaining a toolkit of strategies to keep going. Yes, you do have a lot to carry and there is grief in there so we talk about what parents can do on a daily basis to make theirs a good life and achieve the best outcomes for their children.”

What is the Good Start in Life project?

Initiated through the Disability Action Plan 2014-2018, the Good Start in Life (GSIL) project was led by the Ministry of Education and co-designed with parents. It sought to improve the way the system as a whole worked for parents, family and whānau with children aged eight years and under who are living with disabilities.

The ‘system’ includes everyone who can and should be supporting parents, family and whānau to give their children the best possible start in life.

This was a cross-agency project, led by the Ministry of Education and co-designed with parents.

The main agencies that partnered with the Ministry are the Ministries of Health, Social Development and ACC, and organisations including Disabled People’s Organisations, Parent to Parent, CCS Disability Action, Autism New Zealand, Conductive Education New Zealand, SAMs and IHC.

Five-year-old Omar, who has autism spectrum disorder (ASD), and his whānau were one of the first families to be enrolled in a GSIL-based programme at the centre in 2018. Omar’s mother Eram says the support they’ve received has been life-changing for the whole family.

“A year ago I wouldn’t have believed that he’d be saying words and communicating with us, he seemed to be locked in his own world. He never played with other kids, even his brother and sister, and he’d have frequent meltdowns. 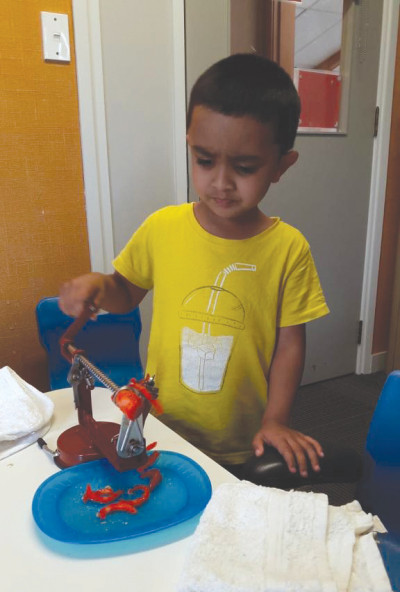 Omar and his whānau learned how to communicate better with support from staff and other parents at the McKenzie Centre.

“At the McKenzie Centre we learned to communicate with him in his own language, to recognise his cues and to understand that what appeared to be tantrums were his expression of frustration that he couldn’t make himself understood.”

Eram and her husband Mohammed engaged in a number of workshops at the centre to equip themselves with tools to tackle their family’s challenges, and learned to involve their other children in helping Omar join in.

“My other children now understand how to talk to Omar, and all relationships within the family have improved,” says Eram.

“It used to be that Mohammed and I focused a lot on Omar because we were worried about him, but we have learned how to help everyone in the family feel important and to help out. There is much less stress on our family now.”

Omar is now settling into mainstream school according to an IEP led by his parents.

“For the first week I was very nervous and stressed for him, but it’s getting better each day. We are very well supported by the school, we talk through what’s working and make adjustments as necessary.”

A four-year nationwide study aims to measure the impact of supporting enriched oral literacy and self-regulation in early learning settings.