Concern is growing among schools and health professionals about the increase in children and young people vaping – and many organisations and schools are taking measures to address the issue. 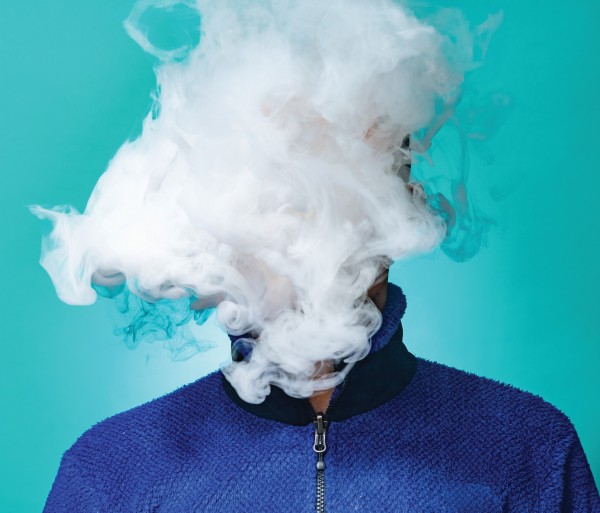 Since November 2020, vaping has been prohibited at all times in schools, kura kaupapa, kōhanga reo and early learning centres – including their grounds and buildings throughout Aotearoa. But schools are seeing increasing numbers of students who vape regularly.

Researcher Dr Jude Ball, from the University of Otago Wellington (UOW), says vaping among adolescents has increased sharply since the introduction of nicotine-containing ‘pod’ devices to the New Zealand market in 2018.

Many pod devices use nicotine salt technology,
which delivers nicotine more efficiently into the bloodstream, and enables high nicotine concentrations without causing a harsh sensation in the mouth and throat.

“Our finding that 80 percent of students who vape regularly are using nicotine is in contrast to a 2018 study which showed only 23 percent of 14- and 15-year-old vapers had used nicotine the last time they vaped,” she says.

Peter Morton, associate principal at Rangitoto College, says the school has noticed a greater prevalence of vaping over the past five years.

He says both the Asthma and Respiratory Foundation NZ (ARFNZ) and Action for Smokefree 2025 (ASH) surveys indicate that students are vaping more frequently, alarmingly at Years 9 and 10 in particular. Given the product is restricted to people 18 and over, various measures are not having the desired effect of protecting young people from potential harm.

“The national figures support our own data where we have seen an increase over the past five years in the percentage of students using vapes regularly (daily, weekly, monthly). Contributing factors of usage include ease of accessibility and social pressure amongst young people,” he says.

To address the problem, Rangitoto College has produced research-based resources, using material from organisations who are supporting reduced vaping use. The school’s programme encourages students to make healthy choices and aims to educate them about the chemicals they are exposing themselves to. Staff in the school’s health and physical education department have developed vaping-specific programmes for students which can be used at all year levels.

“Primarily, we take an educative approach through both curriculum delivery and wider school messaging, including assemblies, presentations, school resources and targeted conversations with individuals. We also support students with counselling and guidance for those addicted to vape use and referrals to external programmes in supporting breaking habits and addiction,” explains Peter.

While it is too early to see a noticeable effect in vaping behaviour at the school, Peter says the initiatives have provoked conversations and increased knowledge about vaping.

“This is particularly important within the curriculum where there is the opportunity for students to explore research and collaborate on this, enabling them to make their own judgements.

“We are however still at the stage where social pressures are having an adverse effect on decision making, and the marketing of ENDS [Electronic Nicotine Delivery Systems], or vape products, captures the imagination of young people and influences their decision making,” he says.

Peter refers to the WHO Report on the Global Tobacco Epidemic, 2021 – Addressing new and emerging products(external link).

The report states that ENDS are addictive and not without harm; should be strictly regulated for maximum protection of public health; and that children and young people who use ENDS can double their risk of smoking cigarettes.

“We would be in full agreement with their [WHO] view to strictly regulate ENDS products for maximum protection of public health. In New Zealand this could include making ENDS products prescription-only to reduce the accessibility to vulnerable young people.

“I’d also suggest schools need to continue to lobby law makers to develop mechanisms where these products are not easily accessible,” concludes Peter.

Tips for addressing vaping amongst students 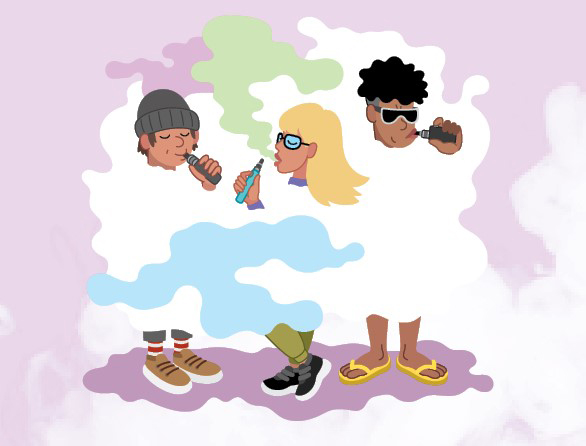 A 2021 survey, Vaping in New Zealand youth, undertaken by ARFNZ and the Secondary Principals’ Association of New Zealand (SPANZ) – one of the largest youth vaping surveys ever conducted – has highlighted a huge problem with youth vaping in Aotearoa.

About 19,000 participants from 400 schools were surveyed and found that 27 percent of secondary school teens reported vaping in the previous week, and 86 percent of those who reported vaping more than once a day claimed they were addicted.

“It’s so important that our rangatahi are educated about vaping and what the real risks are, so that they can make the right choices,” says Letitia Harding, ARFNZ chief executive.

“E-cigarettes can be a useful tool for cigarette smokers who have failed to quit using Medsafe and FDA-approved smoking cessation products. However, many teens who have never smoked cigarettes are being ‘sucked in’ by marketing that is attractive to young people, particularly on social media.

“We don’t want kids who were never smokers, or who are at very low risk of taking up smoking, to become addicted to vaping products. It’s a whole new problem,” she explains.

An across-university research team led by Associate Professor Terryann Clark and Associate Professor Theresa Fleming conducted Youth 19, a survey of 13–18-year-olds in the upper North Island in 2019, and found that more than a third of high school students had tried vaping.

Dr Jude Ball, who led the analysis and publication of the vaping and smoking findings, notes that it looks like vaping has increased significantly since 2019.

Dr Ball says the survey found vaping to be two to three times more common than smoking among students, including among demographic groups unlikely to smoke. Two-thirds of those who had tried vaping, and nearly half of regular vapers, had never smoked.

Nationally, this would translate to 15,000 regular vapers and 6,700 weekly vapers in the New Zealand secondary school population who have never smoked, she says. Adding that, while vaping carries lower health risks than smoking, it is not harmless.

“Recent reports have highlighted the risk of acute lung injury in vapers, as well as chronic risks to cardiovascular, respiratory and oral health. Since e-cigarettes have only been widely available for about 10 years and respiratory illnesses caused by exposure to toxic substances may only show up decades later, the impacts of long-term use are still unknown.

“Our findings show that vaping of nicotine has emerged as a new public health risk to adolescents, the vast majority of whom would otherwise be nicotine-free and smokefree. Thousands are now being exposed to vaping harms and potential nicotine addiction,” adds Dr Ball.

She notes that vaping-related education and support for young people is important, “but alongside that, we need better enforcement of marketing restrictions and the minimum purchase age.”

“The recent research released by ARFNZ and SPANZ found young people were absorbing extraordinarily high levels of nicotine, with many respondents believing they were addicted.

“New Zealand’s adult smoking rates have been successfully declining since 2017, yet we have created a whole new generation of nicotine addicts in the few years vaping products have been available. Amending the Smokefree Act to protect young people took too long and vaping is now a bigger problem than smoking in rangatahi,” he says.

Don’t get sucked in

The Asthma and Respiratory Foundation’s website Don’t Get Sucked In includes information and resources on vaping to encourage teens not to try vaping (or smoking) by challenging them to think critically about it and how it fits with their goals.

Last year, ARFNZ brought together a group of experts – the ‘Vaping Educational Advisory Group’ (VEAG) – to continually review and advise on the website information.

ARFNZ and LET have banded together with the aim of fighting the teen vaping epidemic. Life Education Trust has been providing health and wellbeing education in schools since 1988. This year the Trust will be creating new initiatives to address youth vaping drawing on the expertise and resources of ARFNZ. They are:

Information and resources about vaping

In a small community where everyone is inter-connected, a mid-Canterbury kāhui ako is successfully focusing its collaboration on student wellbeing

In a small community where everyone is inter-connected, a mid-Canterbury kāhui ako is successfully focusing its collaboration on student wellbeing Read more