Rolling out the red carpet for young Pacific filmmakers 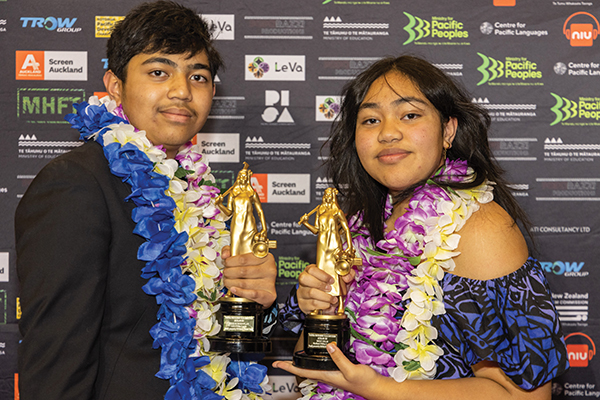 Telling stories is intrinsic to Pacific life. It’s the way messages and expectations are passed down through generations, and the way that values are shared.

The Pacific Youth Short Film competition was created as a vehicle for young Pacific people to explore their identity and the medium of film – and the results are spectacular.

The competition, open to 130 students across Tāmaki Makaurau Auckland and Te Moana a Toi Bay of Plenty, drew 43 entries from 45 schools.

Tupe Solomon-Tanoa’i and Esera Tanoa’i, who organised the competition, say it provided “an amazing insight to what is important to young Pacific people”.

“Our programme aimed to connect Pacific learners with their families to have conversations about identity and family history so they could tell these stories through the medium of short film.”

“The inspiration for this competition came from our own daughters. They entered a film competition for tamariki, and we noticed it ignited a passion in them; they spent far more hours learning and working than on anything else, and they produced something they were really proud of,” says Tupe.

While they didn’t win, Tupe says the important thing was they made films they could be proud of.

“We felt that their films had not been viewed through a Pasifika lens, so we created our own film competition. We want to create an environment in which Pasifika can thrive.

“Pacific learners come from a great tradition of storytelling. Across the Pacific, each of our islands have their own rich culture, legends, and histories. Our legends have helped us explain the world around us; explain our relationship to each other and to our environment; and remember important lessons.”

For most of Pacific history, Tupe says these stories were told orally and passed down from generation to generation.

“Changes in environment and lifestyle have meant that we must work harder and be more intentional to ensure that we are still passing on our stories and languages so that children of the diaspora do not become disconnected from their culture.”

Learning the craft of filmmaking

Poporazzi Productions invited facilitators from the film industry to help deliver a series of two-day workshops for up to five students from each participating school.

Ākonga learned the filmmaking process from storyboards and script writing through to production and editing. From that point, they could draw on mentoring from the organisers until they were ready to submit their films to the judges.

Schools have also enabled student work to be assessed for NCEA credits.

“The participants were so creative, resilient, and resourceful,” says Tupe. “They were very aware of themselves and the world around them. The ideas they came up with in the workshops were brilliant, and original – they were telling the stories that only they could tell.”

The short films produced demonstrate innovation, expertise, and collaboration. Several films draw on the cultural identities of the students involved and are a genuine celebration of their identity, language and culture.

Common themes that emerged related to family, cultural identity, a sense of belonging at school and at home, juggling school and family commitments, and the ways that students represented their culture. 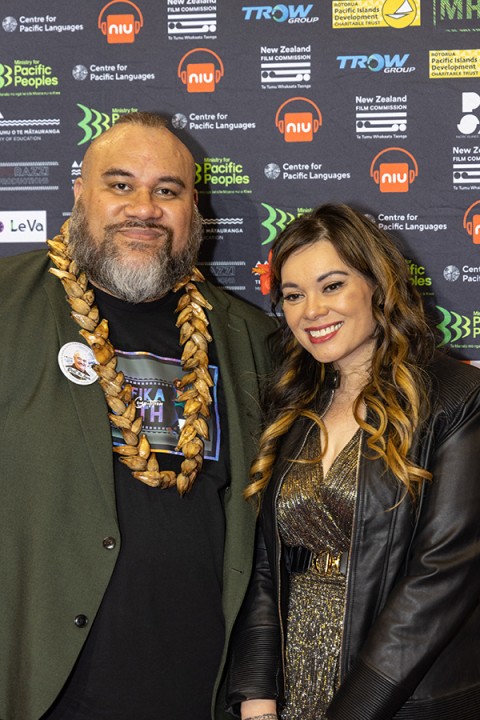 “Not only are the films of high quality, but they are also incredibly diverse. There are comedies, documentaries, dramas, animations, and even sci-fi,” says Tupe.

Entries were judged by leading Pacific filmmakers and actors, and winners were celebrated at glittering awards ceremonies in both Auckland and Rotorua, events that attracted more than 600 family, friends and community.

“We hope the confidence and the sense of belonging they gained will stay with them for a long time,” says Tupe. “We know that feeling accepted and included by your community is one of the indicators of a young person’s mental wellbeing, and acceptance and inclusion at school is an indicator for academic success.”

Tupe says one of their aims was to provide a platform for Pacific learners to express the challenges they have faced, as well as their hopes and aspirations.

“What we heard from parents and teachers was that the creative process helped unlock passions and talents that some students didn’t know existed, and the confidence they gained inspired deeper student engagement across the board.”

Each winner received an all-in-one video kit and an Oscar-style statuette, an “Alofa”.

“The award represents all the love that the youth have poured into their film,” says Esera.

“In my film, Inside, I included my Samoan culture. I think it’s important for the community to understand the heritage and where they come from, because your heritage makes up who you are. I want to go to university and study creative industries, and to continue this journey.” 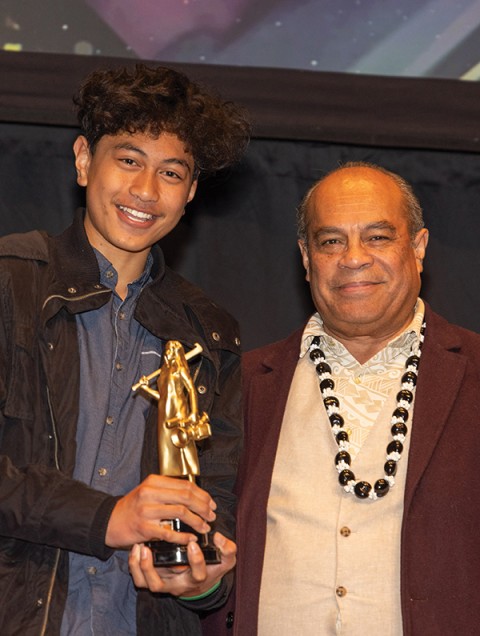 Fourteen-year-old twins Keilani and Levi featured heavily at the awards, notching up a total of seven nominations and two major prizes. Levi won the award for Best Screenplay for a film he worked on with his sister – Siva Samoa! Opening Number. Keilani took out the top accolade, Best Film, for Siva Samoa! Taualuga!

Keilani says that while she loves to see her Samoan culture shared on the silver screen, she wants to push beyond that to producing films with Samoan characters and that go further than exploring culture.

“Don’t be afraid of making crap stuff because that’s how you’ll learn,” adds Keilani. “I feel like people don’t make things because they’re scared of how bad it’ll be. But if you don’t do that, you don’t refine your craft.”

Meli Kaveinga, who was born in Tuvalu and now teaches at Birdwood School in West Auckland, won the award for Best Supporting Mentor.

Meli says she goes the extra mile for ākonga because, “they are the next generation so we have to do the best we can and be good examples for them. If not us, then who?”

Funding for this project has come from the Pacific Education Innovation Fund as part of the Covid-19 Response and Recovery Fund (CRRF), and the workshops and competition will run again next year.

“We’re very grateful to be given the opportunity to run the programme for another year,” says Tupe.

“We hope to reach more Pacific learners, and to give this year’s participants the chance to build on the knowledge they’ve gained to enter again. A growth mindset is very important in the creative sector, as it is in education.” 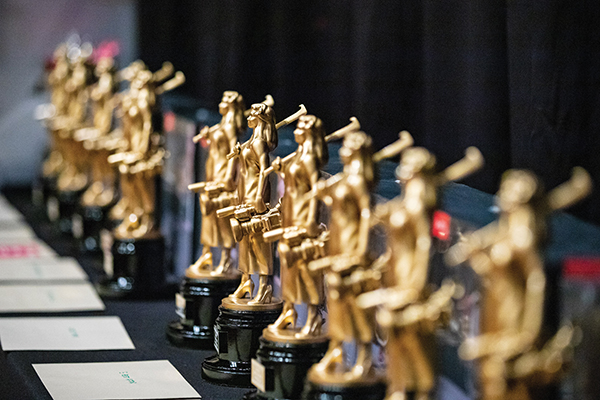 Ashgrove School embarked on a challenging project – a school production that featured all 460 students.

Ashgrove School embarked on a challenging project – a school production that featured all 460 students. Read more