A Creatives in Schools project saw every student at Kelburn Normal School engaged in retelling the stories of Maui using ngā toi Māori to strengthen key competencies and student voice and agency. 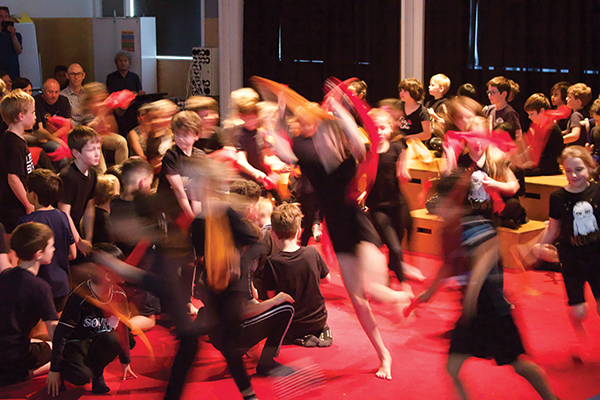 I had the lucky privilege of acting Tangaroa, god of the sea,” says Eva, a Year 8 student at the Wellington school.

“I held makeshift baby Maui in my arms and chanted the prayer, letting the words flow as easily as they could. For me, te reo Māori is a challenge. But I unveiled the meaning behind the words and I really truly understood the significance of them. How Tangaroa prayed pleadingly, with a broken heart, for her lifeless son. How the Atua aided her with open arms.

“And for me able to express such meaning through words made me feel strong and one with the story,” she explains.

Eva’s experience was part of Kelburn Normal School’s Creatives in Schools project last year, in which the school engaged drama experts Rawiri Hindle and Bert Van Dijk to co-construct with teachers a cycle of plays inspired by the stories of Maui. The plays were created and performed by each home learning team for each other, and then for parents and whānau.

“We wanted to do two things,” says Charles Bisley, associate principal and head of performing arts.

“Make some art, and in doing that, give teachers permission and capacity to explore and engage with ngā toi Māori and te reo Māori.”

“Our teachers have many levels of expertise and they’re encouraged to question and challenge things. And that’s what we expect from our kids as well.”

Creative learning is already at the heart of Kelburn Normal School. It’s embedded in its vision statement, local curriculum and approach to foundational learning. The Creatives in Schools project allowed the school to build on its work in this area.

The school sees drama as a vector to channel creative learning. By its very nature drama encourages student voice, inclusiveness, and collective agency. And the Maui project stimulated all these things, strengthening students’ whakamana, voice, and giving life to the key competencies of the curriculum.

Focus on process, not outcomes

With support from Rawiri and Bert, the teachers worked with their students to retell the stories of Maui through a culturally responsive lens, incorporating ngā toi Māori.

The aim was to explore the stories, and produce a series of plays that would be performed in front of the school, parents and whānau.

“We didn’t give teachers a specific outcome or require a product. The focus was on the process. It didn’t have to be this glittery, shiny thing,” says Charles.

Even so, the results were, by all accounts, spectacular.

The Year 1-2 students told the story of how Te Ika-a-Māui (the North Island) was fished up. With chants and movement central to their performance, the students rowed a giant waka before splitting off into their different home learning teams to explore different episodes from the stories.

The Year 3-4 students introduced more choral elements into their production, with around 30 children representing mana whenua, 30 making a soundscape and 30 playing te rā (the sun).

The Year 5-8 students worked closely in their home learning teams, with students having a key role in devising the content for their performances. Some teams incorporated more dialogue, while others focussed more on music, chants and movement. One team’s creation revolved around weaving and cloth.

“We’re all about recognising the importance of relationships and working together. And this project really embodied this notion of teamwork,” he says.

Teachers worked incredibly hard to make it happen, taking on Rawiri’s and Bert’s expert advice throughout. The two creatives acted as mentors throughout the process, particularly in the final weeks, giving feedback and guidance when it was sought, especially to embody the stories.

“They brought such energy and expertise – it really lifted the atmosphere of the school,” says Andrew. 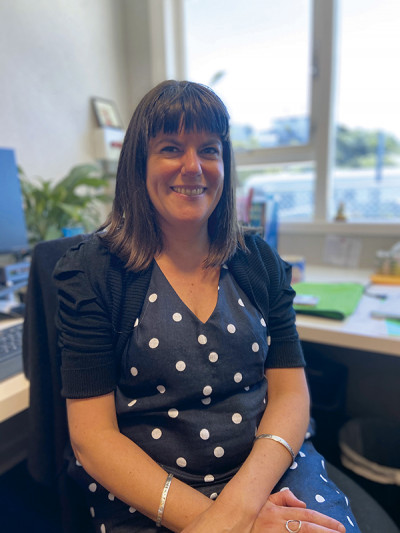 Like so many things in 2020, the ambitious project was affected by Covid-19, forcing the school to adapt. The decision was made to postpone the performances from Term 2 to Term 4, a particularly busy time on the school calendar.

The staff rose to the challenge, despite increased workloads.

“The whole school revolves around student agency, so if teachers see that happening, they’re prepared to go the extra mile,” says Danielle.

A role in changing attitudes

It was worth the wait. The performances were well-received by parents and whānau.

“The tamariki performances of the legends of Maui were so confident and moving, and they clearly loved the whole experience,” says parent, Nickie van der Beek.

“Rawiri Hindle and our teachers brought the stories alive for our children and everyone involved should feel rightly proud. I can see in my own tamariki that they are now far more engaged and interested in learning te reo Māori and about Māoritanga.”

“At the end of the day, it was the kids sharing their performances with the community that made it so special,” says Andrew.

“If you’d asked me at the beginning of last year whether our Year 7 and 8 students were capable of performing exclusively in te reo Māori, I would have said ‘not a chance!’ But they did!”

The senior leadership team is heartened to see signs that their wider school community is becoming more culturally responsive. Initiatives like their Creatives in Schools project play a part in building cultural awareness.

But what impressed teachers the most was how the project helped build manaakitanga within the school.

“The older children were blown away by the younger children’s performances and offered them thoughtful feedback and praise,” says Danielle.

Breathing life into the key competencies 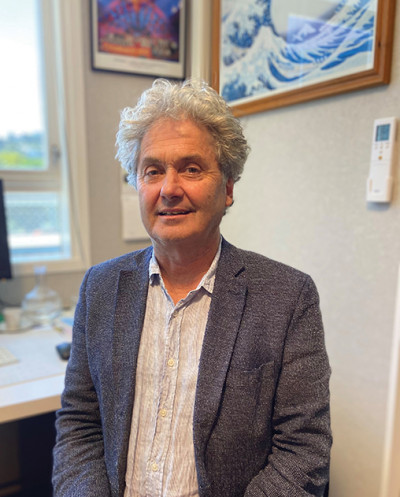 The project also gave access to school-wide professional learning and development that was enacted in everyday teaching and learning.

The arts are a really good way of articulating the key competencies of the curriculum, says Charles.

“The teachers really had to model the key competencies,” adds Danielle. “We’re very proud of our teachers and students and what they created.”

Applications for Round 3 of Creatives in Schools will open in June 2021, for implementation in 2022.

Check out the Creatives in School website(external link) for more information, tips and guidance to help with your application.

Year 7 and 8 students at Kelburn Normal School reflect on their Maui performances: