Online bullying is a serious problem in our schools and communities. How can schools empower young people to keep themselves safe in cyber space? 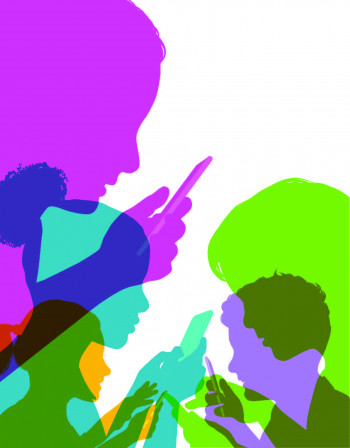 Young people’s lives are a complex combination of online and offline worlds, and the task of keeping them safe can feel overwhelming. However, it’s becoming clear that young people are very capable of doing a lot to keep themselves and each other safe online.

This was illustrated effectively during lockdown, a time when our real world slowed into stillness and our virtual lives became frenetic, and a group of young New Zealanders stepped up to support their schools and peers online.

A team of 35 rangatahi known as the Youth Action Squad (YAS) devoted themselves to turning the tide on cyber bullying. They have already been working with online safety organisation Netsafe.

“We had assumed there would be very little activity for our YAS during lockdown but what they reported was an increased need for support,” says Sean Lyons from Netsafe. “And they responded by reaching out to schools and carrying on with their work.”

Netsafe trains young people aged 14–20 to become online safety role models within their peer groups, schools and communities. Specifically, they learn to reduce incidents of online harm through sharing knowledge, creating discussion, empowering peers and collaborating with people who can make a difference.

Schools play an integral role in the success of the programme.

“YAS members have told us they need the support of their school to successfully implement the programme. We provide or co-develop the content to be delivered, then actively support YAS and their schools throughout the year,” says Sean.

“We keep it as low impact as possible for teachers – we are not asking them to be online safety experts. This is about youth for youth.

“Our research has driven that message home. The most important people in their lives are their friends, their peers, and despite all the messaging about talking to a trusted adult, it isn’t who they turn to at first.”

The first cohort of YAS members was drawn from schools already signed up to the Netsafe membership programme, including Manurewa High School in South Auckland with two students on the squad.

“They have become the voice of young people in our community,” says deputy principal Lawrence Naiker.

“They are totally passionate about their work and about fighting for a cause. And, although we haven’t measured the impact of their work yet, there is already a growing awareness amongst students and teachers of what it means to be safe online.”

The YAS work is also a huge growth opportunity for the members themselves.

“They are more independent and confident, and we are very proud of how much they are contributing. They are young leaders,” says Lawrence.

As a Netsafe school, Manurewa High School completes regular self-reviews to grade its performance in cyber safety and identify target areas for improvement.

“There is so much happening in that space that just keeping your head above water can be difficult,” says Lawrence.

“Working with Netsafe gives us confidence that we are doing the right thing. From a legality point of view, they help keep us safe too. When dealing with some of the more serious incidents, we feel supported with some of the Netsafe action plans that are available.” 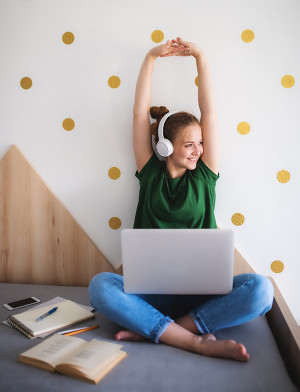 The Netsafe school membership scheme is designed to support schools to keep their students and staff safe online, and as a way for schools to demonstrate to their communities that they take cyber safety seriously.

Schools sign up, take the review to grade themselves, and then work through seven areas using the Netsafe framework and support to upgrade their online environments.

“The amount of energy and time that an average teen puts into their online existence means it can be a difficult task, quite depressing almost, trying to stay one step ahead, but we try to get schools and parents to think about the broader principles of the activities that young people are engaged in,” says Sean.

“There’s gaming, there’s messaging, there’s dating and that doesn’t change. So if we think about them as activities rather than technologies, and try to think about the challenges that go along with those things, then it’s slightly less daunting.

“It might be Snapchat today, Twitter tomorrow and Weibo the next but they’re all instant messaging sites; they’re communication platforms and even if the colours and the buttons have changed, what hasn’t changed are the challenges that young people face and the support that they need when they experience those challenges.”

Netsafe also provides an incident response guide for schools, designed as a first port of call when a school finds itself in a challenging situation in terms of online safety.

“We recognise that people may be in a slightly heightened stage of emotion, they might be scared about what’s going on, but with this guide they can start from a more level-headed or pragmatic viewpoint.”

By students, for students

Bullying-Free New Zealand has identified student voice as key to positive change in keeping schools safe, both online and offline. When students have a genuine say, it serves as a mechanism for change in schools. Positive outcomes include:

For free anti-bullying resources, go to: 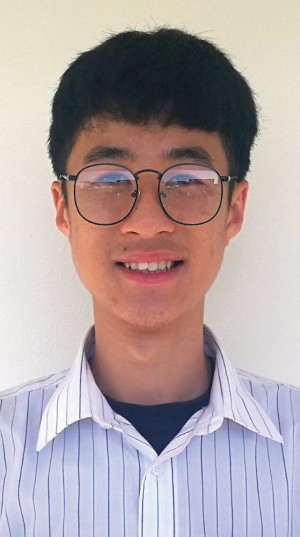 Year 12 student Beitor Li says being part of the Youth Action Squad (YAS) has helped him to regain confidence after enduring a long campaign of cyber stalking. For nine months he received threatening messages and images showing how he was being tracked – a photo of his mother’s car, a Google map link showing his route home from school.

Eventually Beitor worked out who was sending the messages and was told that it was because one of the girls involved liked him.

“The people behind this account thought they were doing something playful, but it wasn’t playful at all,” he says.

“It made me feel very intimidated, I had a lot of negative emotions at once, and I was afraid to tell anyone in case they were the person behind the stalking.”

Joining YAS has allowed Beitor to move from being a victim to a champion, sharing his experience to inform and support other young people, and to embrace leadership.

“I am super passionate about cyber safety and also very grateful to be part of the Squad. It’s amazing when we meet up – we are always so happy to see each other. And I am learning so much, especially morally.

“My advice to others is to be yourself online, and to ask for help when you need it. Often people are afraid to speak up but I would say reach out. And when you see something horrible happening online, check up on others instead of letting it slide.”

YAS members are given Netsafe-specific training as well as coaching in public speaking and general leadership. They are taught to get involved in broad, proactive discussions within their schools rather than getting dragged down into the negative aspects of being online.

The team upskills one module at a time, taking their work back into school to implement, with Netsafe on hand for back-up.

“Youth are powerful and we can promote positive change with our voices,” says Beitor.

Tamariki at Konini Primary School did yoga, learned about kindness and focused on the definition of bullying during Bullying-free NZ Week in May.

A new outdoor education resource and the period products in schools initiative are supporting more inclusive practices to ensure all students feel safe...

Tamariki at Konini Primary School did yoga, learned about kindness and focused on the definition of bullying during Bullying-free NZ Week in May. Read more