Weaving the past and the present

A korowai project to honour a former principal will weave together a New Plymouth school’s past, present and future whānau and community. 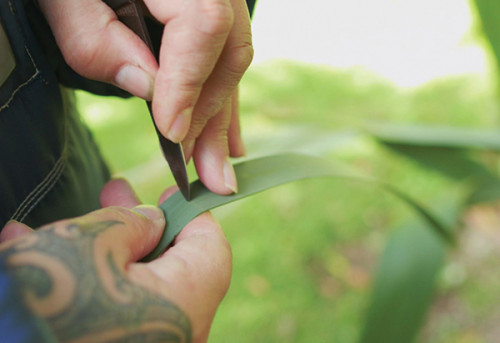 Sacred Heart Girls’ College Manawa Tapu, New Plymouth, is a state-integrated Catholic Year 7–13 college. When former principal Diane Kawana (Ngāi Tūāhuriri, Ngāi Tahu) died in 2015, the school community wanted to honour her 22 years of contribution to the school as a teacher and then principal.

Friend and colleague Pauline Koorey says that Diane was well loved by the whole community and while the school considered a number of options, it was thought that weaving a korowai would be the most appropriate way to honour her.

“She had done really good work in our community. We had already embarked on good cultural responsiveness methods as a school and this seemed to fit,” says Pauline.

A symbolic heart, carved from pounamu, will be a clasp for the korowai.

Pauline applied for and was awarded a TeachNZ sabbatical in 2019. The sabbatical enabled Pauline to take a term’s leave to focus on the korowai project, while funding a reliever to cover her role and responsibilities. This allowed her to stay connected with the school as she wrote and recorded the project.

She says a cloak is symbolic of the school in many ways.

“The school has a really strong tradition of looking after people. Our Mission founder, Euphrasie Barbier, came to New Zealand and her mission was about education for women and young girls –and particularly Māori. That’s the tradition we have tried to carry on.

Cloaks have come and gone within the school in terms of symbolism and imagery, says Pauline, but the school has never had that physical, but symbolic, embodiment of what it is about.

“I firmly believe that people’s stories need to be told – the stories of the people and the symbols and the narratives around how we do things are really important.

“So it’s a story of how we’ve brought the ideologies of our cultural responsiveness and our Catholicity together,” she explains.

The Kawana whānau were consulted about the korowai and chose kairaranga (weaver) Jo Ngaia (Ngāpuhi) to weave the korowai. Jo is a kaiako at Te Wānanga O Aotearoa in New Plymouth. She has been helped by Mako Jones (Ngāti Pahauwera) who has whānau links to Sacred Heart.

“There are lots of languages that a korowai speaks. Every year we have a school focus and in 2018, when we began fundraising for this project, the focus was whiria te tangata – weave the people together.”

Weaving the past and the present

As the weaving progressed, Jo listened to what the school wanted and shared her whakaaro (thinking) around how the weaving (raranga) reflects Diane’s commitment to education, the education journeys of the students and the school’s rich Catholic traditions of aroha and manaakitanga in action.

She chose a māwhitiwhiti pattern of weaving to create a poutama or stairway. The crossover māwhitiwhiti stitch is often referred to as the grasshopper; it captures the natural curiosity and inquisitiveness of students as they learn:

“They’ll jump over here and have a nosey around – put an obstacle in their way they’ll jump in another area, until they find themselves. The huka tags (tassles) are like new challenges to work around as they progress on their learning journey. As the students get to each level there’s going to be a new challenge, and it’s about overcoming those,” says Jo. 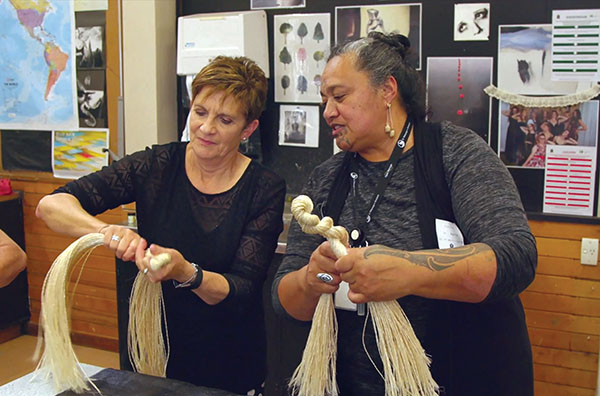 Pauline learns how to plait the muka from weaver, Jo.

Many hands – and koha

Staff, whānau and friends gathered to pluck, sort and roll huruhuru (feathers) from the pelts of paradise duck, female and male pheasant and black swan. There was also a koha of prepared weka feathers. 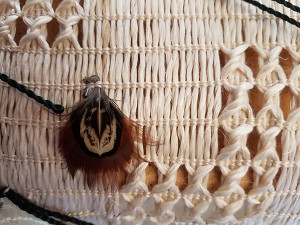 Feathers were gathered and gifted for the korowai.

The community participated in the next stage of preparing the muka (flax fibres) for weaving. Jo showed how to patu (beat) the muka to soften it for wearing close to the skin. The bundles of muka were plaited into hanks and each hank was soaked and beaten eight times.

Ian Dick, a cousin of Diane’s who has customary rights to gather pounamu (greenstone) from the West Coast, has gifted a heart carved from pounamu to be used as a clasp for the korowai. It is already worn at school and public events to infuse it with the mauri of Manawa Tapu Sacred Heart.

Taonga for the ages

The finished korowai will be both an artefact and a wearable taonga which will keep the spirit of Diane Kawana alive. When not being worn, the korowai will be displayed in a glass case in the entrance foyer of the school. 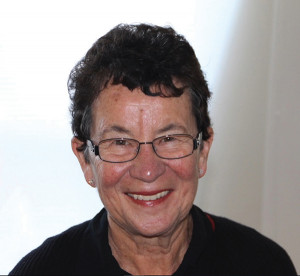 A resource booklet prepared by Pauline, which documents the process of making the korowai, will sit alongside the korowai. A series of videos have been made by Cat and Mouse Productions, documenting the stages of the work and gifting the school a historical visual narrative.

“Participation in the Korowai Project has provided a consummate opportunity to demonstrate commitment to all six Standards for the Teaching Profession (STPs) in an authentic and practical manner, most notably with regard to demonstrating commitment to tangata whenuatanga and Te Tiriti o Waitangi partnership in Aotearoa New Zealand,” writes Pauline.

Teachers in a variety of curriculum areas have incorporated aspects of the Korowai Project into their learning programmes.

“Our participation, from the fledgling idea through its many stages of creation, has meant that the korowai is made with us, by us, and is of us. It embodies our past, present and future,” says Pauline. 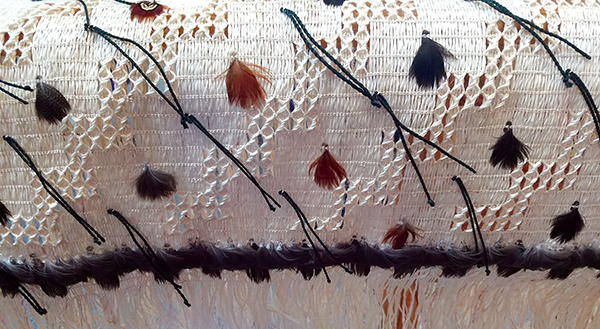 The Ministry of Education and teaching unions are committed to supporting professional development opportunities.

A number of TeachNZ study awards, sabbaticals and grants are currently open for applications from teachers, educators and principals.

The programme can help you complete a qualification, take time off each week to study while teaching, move to another curriculum or subject area, or take time off to research a topic of interest.

More information about the awards and other development opportunities can be found by searching ‘Study Awards’ at TeachNZ.govt.nz(external link).

Sign up now for the newsletter to receive the articles directly in your inbox.(external link)