A West Auckland school has brought its 1950s buildings into the 21st century with a little extra help from the School Investment Package. 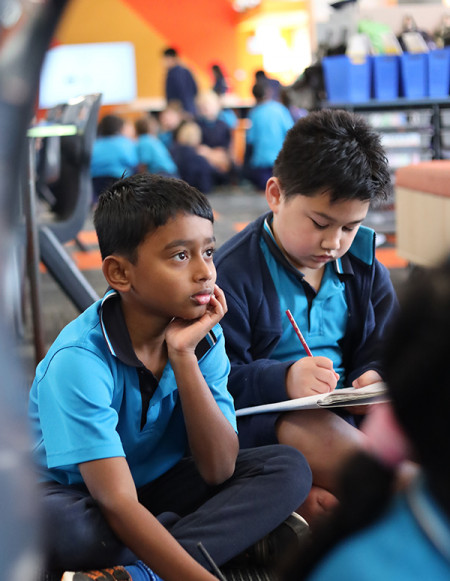 Jeff (Year 4) and Tyler-Johnson (Year 3) are engaged in an activity, while another group works in the background.

Arahoe Primary School first opened in 1958 and principal Richard Limbrick says the latest upgrade of a six-classroom block into an innovative learning environment (ILE) for the middle school – Ara Pakeke – marks the completion of the school’s most significant building upgrade in its 60-year history.

“This latest upgrade will future-proof the school. Our latest 5YA was approved in July 2018, the project started in November 2019 and was finished in late July 2020,” explains Richard.

“In this cycle of 5YA, we made this our major project so we were able to complete the upgrade of the block. It’s basically been rebuilt from the walls up – reframed, reclad and brought into current code. There wouldn’t have been enough money in the 5YA to complete some aspects of the building. The school investment package couldn’t have come at a better time; for us, it was pennies from heaven,” he says.

The building upgrade project began in 2008 when the school frontage was renovated.

“We replaced all the joinery down the front face of the building but we also had to install new foundations and incorporate universal design entry aspects in entryways and into classrooms. It probably looked like the block had been given a considerable upgrade but it was only the façade,” explains Richard.

The School Investment Package (SIP) was announced by the Government in December 2019, providing most state schools with one-off funding to help them accelerate upgrade works that would otherwise be deferred due to a lack of available funds.

“Originally, we were looking at having to scale the project back because the costs were more than our 5YA but we were going to be able to at least complete the outside structure, leaving some of the interior to be finished when we could afford it. The investment package allowed us to complete the project to a higher standard than we would have been able to afford if we hadn’t had it,” he says. 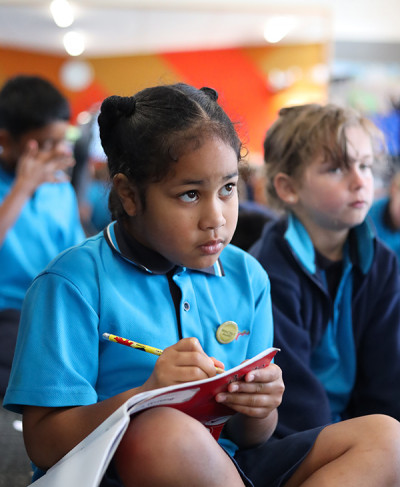 “The School Investment Package funding has allowed us to fully develop the two breakout spaces one of which has been fitted out as a food technology / wet area, now also home for our breakfast club,” says Richard.

He believes the building projects have worked out cost-effective on a dollar/square metre basis.

“You wouldn’t build a new space of this size for the cost of the renovations. Yet for all intents and purposes it is ‘as new’, with a new roof, recladding, all new double glazing, insulation, rewiring and earthquake proofing,” he says.

As far back as 1997, a two-classroom block was converted into a three-room ILE for new entrants, so it resembled an early learning centre.

“Our focus then was on seamless transitions from early childhood to school,” explains Richard.

“We have a commitment to the notion of collaborative practice. If you take the concept of student agency, then it’s not only how we upskill our teachers and develop our programmes to achieve that, but we also have to think about how we facilitate it with our tamariki. There are many elements to collaborative learning and an ILE gives it a physical framework which enables these to be developed,” he says. 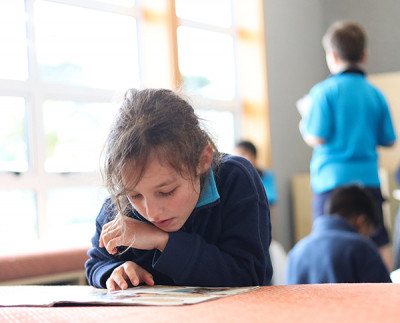 The rebuild confirms the school’s commitment to working towards a future-focused vision with an emphasis on collaborative endeavor, learner agentic behaviour and student voice.

“The upgrade has really marched us on down that road to being a school where ILEs are the norm.  In the last three years nearly half the school has been converted including an eight-room equivalent ILE for the senior school. This is big for our community as the majority of our classrooms were built between 1958 and the mid-1960s,” says Richard.

The investment package also allowed the school to spend money on some extra initiatives which included a tank water supply so that the toilets in this block are grey water flush.

“Being approximately 60 percent self-sufficient in water usage has been a school goal for about the last 10 years and so we try to build those aspects into our projects. If we don’t have to spend our own board funds on the build, we can then add those extras which we have identified.” 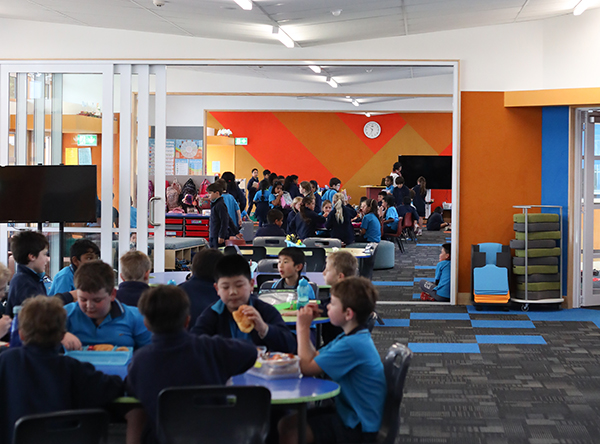 Innovative learning environments are becoming the norm at Arahoe School.

While Richard has been at Arahoe School for more than 25 years, he is originally from Wellington’s Hutt Valley and a gift to the school from his mother, a large stone from Te Awa Kairangi (Hutt River), has strengthened this connection.

“At Arahoe School the tikanga of each learning area is centred around a school taonga. In our senior ILE, Te Ara Nui, this is a large carving of Maui Pōtiki. For this renovated Ara Pakeke Block, Te Ara Heke, this taonga will be our kōhatu mauri (mauri stone) named: Te Kōhatu Mauri O Te Awa Kairangi  to denote its origins. This kōhatu mauri will connect our tamariki to the school giving them a strong sense of belonging and connection.”