The journey towards pay equity

Teachers and the wider education workforce have a significant role in shaping and nurturing the tamariki of New Zealand. Education Gazette hears from three women who believe that the value of their profession deserves to be reflected in their pay.

On the 125th anniversary of the day New Zealand made history with women’s suffrage – 19 September 2018 – the Government introduced legislation that makes history for women’s pay with the Equal Pay Amendment Bill. This Bill established a more straightforward and accessible process for raising, investigating, and settling pay equity claims.

The Ministry of Education has already worked with NZEI Te Riu Roa to settle a historic pay equity claim for the 20,000 teacher aides working in our schools and kura. This helps correct the past undervaluation of work mainly done by women.

Historically, few roles were socially acceptable for women and teaching was one of them. Certain skills like caregiving, child raising, nurturing, patience and empathy were considered natural or innate skills of women, rather than acquired skills.

In addition, they were seen as an extension of women’s unpaid work in the home. These skills therefore may not have been recognised or accounted for appropriately in wages. Pay equity seeks to address any gender-based discrimination that female-dominated occupations may have suffered.

The Ministry is now working on many more pay equity claims from unions, including one for the 100,000 teachers in Aotearoa that was raised by NZEI
Te Riu Roa and PPTA Te Wehengarua. 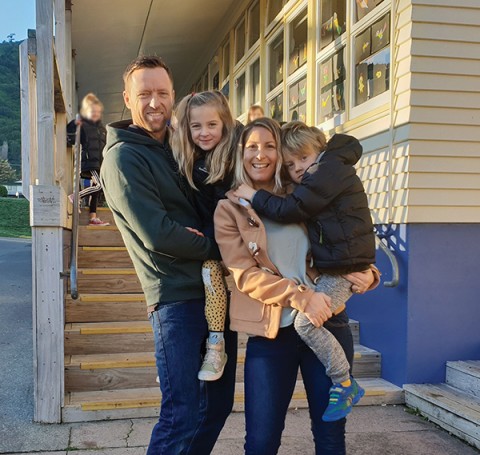 Jess Galloway, a teacher aide, with her family.

Jess Galloway, a teacher aide, in response to a previous Education Gazette article on pay equity(external link), wrote a heartfelt letter about what the teacher aide pay equity claim meant to her. Jess loves her job immensely and said that she previously “earned less per hour than what I paid my teenage dog walker”.

“I would do this labour of love for free if I had to and if you had spoken to me at any time in the last five years, I would have told you that it is not about the money. But today I realised something. It is about the money. It feels good to be validated. I am proud of what I do.”

“It’s about single mothers not having to take on second jobs, or work in supermarkets through the school holidays just to pay their rent. It’s about understanding that this role takes more initiative than the business I previously owned,” she says.

A teacher aide needs to find the perfect balance between not disrupting the equilibrium of another person’s classroom, whilst intuitively understanding when it’s necessary to intervene, explains Jess.

“It’s about taking a blood-stained tooth out of a half-eaten pear and carefully placing it in a zip lock bag to take home for the tooth fairy. It’s about feeding tubes and blood sugar tests and poop! It’s about alternative pencils, PODDs, Jolly Phonics, Numberjacks, and Go Noodles among other things,” says Jess, adding that pay equity matters, and because of this claim she feels more valued for her work.

“I had always just assumed that as a woman, I’d better expect less… returning to work after having my children was such a daunting task for me, even though I had previously owned a business, because I somehow felt that I had to prove myself again – like I needed to prove that I wasn’t ‘just a mum’,” concludes Jess.

Carina Tiffen, a second-year teacher, used to work in a corporate environment. 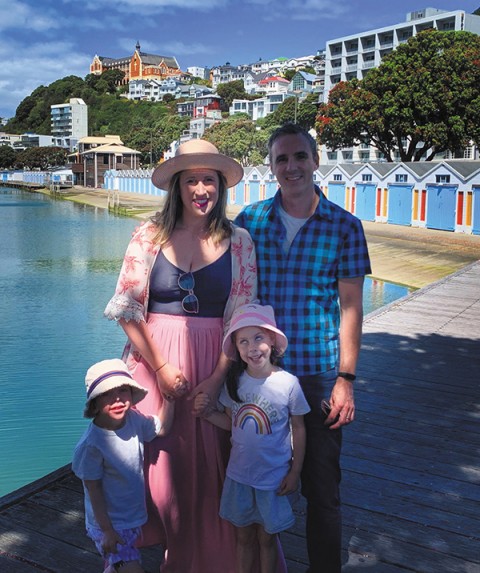 Carina Tiffen, a second-year teacher, at Wellington’s Oriental Bay with her family.

“While I was working there it really transformed from a male-dominated ‘boys club’ mentality to quite a forward thinking, liberal and gender equal work environment,” she says.

She reflects that times are changing and women now feel empowered to take on any role and expect to be supported.

“But I think in the older professions, like teaching and nursing, the pay and conditions haven’t caught up with public opinion.”

One of Carina’s favourite things about teaching is when she sees the ‘lightbulbs’ go on as children take on new learning and knowing she played a part.

“I am proud that pay equity is elevating the mana of not only the teaching profession, but by proxy, the value of the students in the education system.

“That value isn’t about delivering higher dividends to investors but about the mahi that people do to make the country a better place for all,” says Carina.

Harriet Wellwood, a high school science teacher in Manawatū, says, “Through my role I am connected with the students and whānau so together we can support students from all sides. The most difficult part of my job is the lack of time, teaching is a job where you can always do more and the work doesn’t stop at 3.01 pm.

“Teacher aides and other support staff are absolutely critical to students’ learning and support for teachers,” she says.

Harriet is happy to hear about progress towards pay equity and is excited about the teachers’ claim, as she says she’d love more respect for her profession from society.

“Since my parents’ generation, there has been a massive shift in what careers people perceive different genders can do and I know that pay equity will reinforce that shift.”

The teachers pay equity claim covers more than 100,000 teachers (including teachers in early childhood centres), which makes it the largest pay equity claim in our country’s history, covering two percent of the population.

On 18 August, all teachers in New Zealand state schools were informed of the claim by the Ministry of Education. In addition, teachers in the early childhood centres whose employers have also been named in the claim were notified.

The claim was deemed ‘arguable’ on 21 July and will move towards the ‘investigation’ phase, where the Ministry’s pay equity team and the early learning employers named in the claim will work together with NZEI Te Riu Roa and PPTA Te Wehengarua to progress the claim.

Please note that deciding that a claim is arguable does not mean the employer(s) agrees that there is a pay equity issue or that there will be a settlement at the end of the process.

To learn more about the process and pay equity claims in the education sector, visit www.education.govt.nz/pay-equity(external link).

Springlands School principal Gaylene Beattie continues a long family association with the school since it was established in 1886.

Springlands School principal Gaylene Beattie continues a long family association with the school since it was established in 1886. Read more

Toitoi teams up with the School Journal