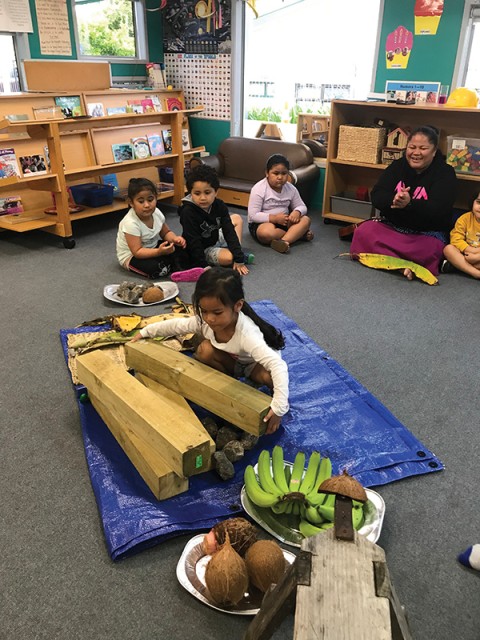 It’s a balmy December day and a cluster of early learners are chattering excitedly like chicks in a nest. After months of anticipation, the big day has arrived and they will prepare food for the umu, a traditional Samoan oven, then feast together with aiga/family, faiaoga/teachers and community elders.

“One parent told me that her son was too excited to sleep the night before,” laughs Pereise Penn, one of the head teachers at Seugagogo Aoga Amata in Ōtāhuhu. The tamaiti/children had spent months learning about customary food preparation and cooking and could not wait to get involved in the real thing.

They watched in awe as the umu was built just as they had practised, with sticks, rocks, and leaves, but this time with fire as well. Fire heats the pile of rocks which, when red hot, are dispersed so food can be laid on top.

“It was special for them to experience the way our people cook in Samoa,” says Pereise.

“They’ve eaten traditional Samoan food before but only one child (out of 26) had ever seen it cooked in an umu.”

In terms of STEM learning, the umu project allowed tamaiti to explore early concepts of science such as matter changing form through boiling, mixing, melting, and to practise numeracy skills through weighing, measuring, and counting, for example, how many bananas or coconuts would be required. 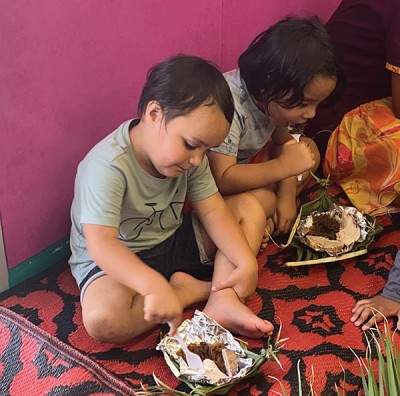 Community elders shared their traditional skills and knowledge with children.

The event was hosted by elders from the EFKS Ōtāhuhu church which is closely affiliated with the early learning centre. Because of time constraints, some of the food had been prepared in advance but children were able to grate coconut using a mata tuai/grating stool, peel taro using asi/the base cut from a tin, and braid palm leaves around fish – skills they had practised. Other foods at the feast included green bananas and pig heads.

“I liked doing the umu,” says Alofa, aged four. “I saw the fire and it was hot and there was smoke. My uncle peeled the bananas, and one dad scraped the taro, and another dad did the coconut cream. I saw the dads and papas do the umu. Me and my dad do it at home. We have taro, green banana, luau, and pig. I like eating the food from the umu, its YUMMY!”

It was a big occasion for parents and elders, too. “My son is half-Samoan and half-Pākehā, and food is a way we socialise and communicate; we have celebrations with food, and this strengthens our bond with everyone around us,” says Tariu Sa’u.

“The children got to see the preparation and had front row seats to the umu from start to finish. My son was able to connect to his culture and traditions which was awesome.”

Elder Fata Faavaoga says he was impressed by knowledge demonstrated by such young tamaiti.

“They are only three and four years old. It was like listening to children born in Samoa because they knew what was needed for the umu and the different foods from what they had learnt at school. I saw how they were able to connect to their culture.”

Seugagogo Aoga Amata is a Samoan immersion setting under the umbrella of the Ōtāhuhu church. All tamaiti were born in Aotearoa New Zealand.

Centre staff aimed to extend science learning for tamaiti through exploration of the natural and physical world, and to nurture their cultural values and traditions so they could participate fully in their community.

“They are learning that science is not only about Western knowledge but values indigenous knowledge too,” says Pereise. 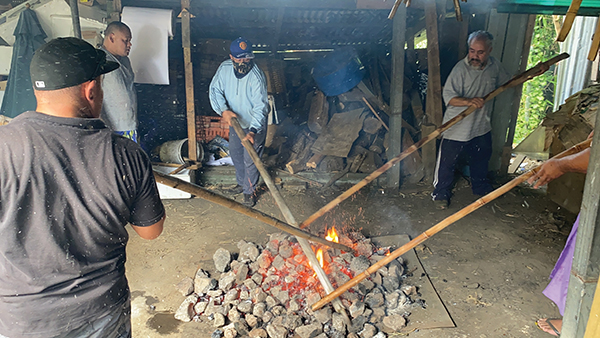 Community elders shared their traditional skills and knowledge with children.

A confidence boost for faiaoga

It was also a valuable opportunity for faiaoga to gain confidence in leading STEM learning. They say that through workshops with project scientist Pauai Afele, who is head of chemistry at Manurewa High School, they became better equipped to support the children’s science, maths and technology learning.

The centre obtained $12,000 in funding from SouthSci, an organisation supporting South Auckland educational and community groups to promote science learning for young people.

“On behalf of the centre manager Sofaea Penn, head teachers and staff, we would like to acknowledge our Reverend Ata Milo, the EFKS Ōtāhuhu elders, Board of Trustees, SAASIA, scientist Pauai Afele, parents, families and our community for their support which made this project possible,” says Pereise. 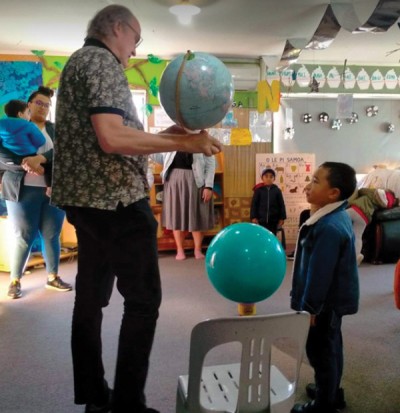 The $15,000 grant allowed the centres to extend STEM learning, specifically to explore how Samoans traditionally interpret phases of the sun and moon, and cycles of stars and planets.

“In Samoa, people observe the stars and the moon to predict what is going to happen next. For example, when a certain type of halo appears around the moon, they can tell which fish or shell will be in abundance in the ocean so that is when they go to fish. And they use astronomy to tell when the best time is to harvest crops.”

The funding contributed to specialist help from scientist Niven Brown at the Auckland Astronomy Society, a trip to the Stardome Observatory and Planetarium, and the purchase of binoculars and telescopes for the centres.

Niven led eight workshops, the first with aiga and faiaoga to explain the science of astronomy, a second workshop for faiaoga, and six for tamaiti to introduce them to concepts of astronomy. Each child had the opportunity to look at the sun through Niven’s telescope.

“It was wonderful to see the children’s and teachers’ enthusiasm and to hear how introducing this interest has sparked the idea of becoming a scientist or an astronaut,” says Niven.

“If getting exposed to science generates an interest in science and education in general, that can only be a good thing for their futures. To have piqued the interest in traditional stories is what scientific inquiry is all about.

“Another tangible benefit was the inquiry into the Samoan vocabulary to go with the subject. Not just the names of planets but also the days of the week and the seasons.” 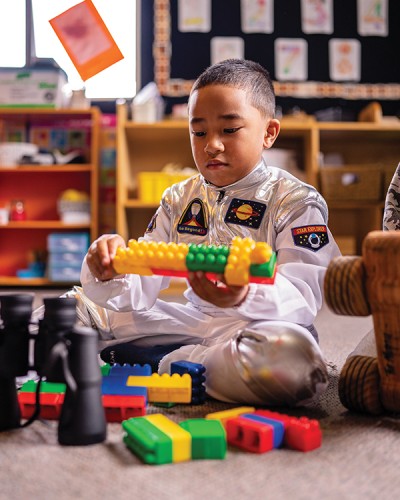 Ezra’s interest in astronomy has grown so much that his NASA suit is now his favourite attire.

Aiga were closely involved with parents sharing stories and legends that had been passed down through generations and joining one of the excursions to the Stardome planetarium.

Many were surprised by the depth of learning. Tamaiti could identify types of cloud in both Samoan and English and explain what each type indicated for weather patterns. One mother recalled how her daughter pointed out a cumulus cloud and said it was going to rain.

“This project proved that we could teach anything to our tamaiti, and they are able to adjust, adapt and learn new knowledge, big or small,” said another.

Feedback from faiaoga was equally positive. “I have learnt as much about science as the children,” said one teacher. “And I have learnt the difference between religious and scientific views of space.”

Language learning for all

Introduction and use of Samoan terminology promoted learning for teachers and parents as well as tamaiti.

“All the teachers involved were New Zealand-born or had migrated here when very young and they gained a lot of confidence in speaking Samoan,” says Lila.

“And a parent shared that she had learnt many Samoan words and that had helped her to connect with her son when he talked to her and his dad in Samoan.”

Schools, kura, community groups and STEM organisations can apply for up to $20,000 in funding per project and will be supported to set up links with community partners and experts.

Projects must be educational, community-driven, and a collaboration with science professionals.

SouthSci is an initiative of COMET and the NZ Government’s Curious Minds – He Whenua Hihiri i te Mahara. 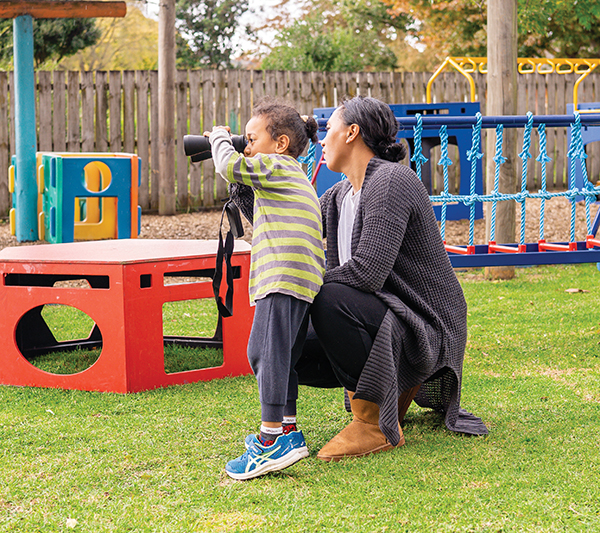 Towards better outcomes for Pacific learners

SouthSci’s work ties in with The Action Plan for Pacific Education 2020–2030(external link) in aiming for Pacific learners and their families to feel safe, valued, and equipped to achieve their education aspirations.

The action plan signals how early learning services, schools and tertiary providers can achieve change for Pacific learners and their families, including: 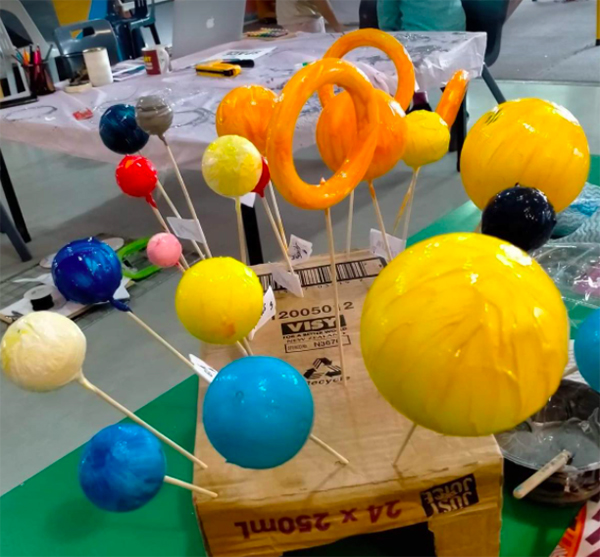 Students at Mt Richmond Special School wanted their classmate, who had the use of only one hand, to be able to join in cooking lessons...

Students at Mt Richmond Special School wanted their classmate, who had the use of only one hand, to be able to join in cooking lessons... Read more