Ashgrove School embarked on a challenging project – a school production that featured all 460 students. It created a lasting impact and enhanced a feeling of community for everyone involved. 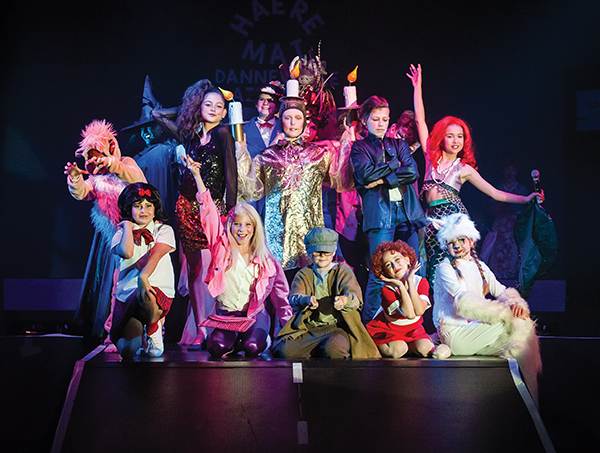 Students of all ages took part in the production.

Broadway Bound is not your usual school production, but then again Ashgrove School principal Leon

Van’t Veen is not your usual principal. Leon has over 20 years’ experience performing in theatre, including directing large productions such as Les Misérables and Jesus Christ Superstar and has used these skills to put on a production that involved all 460 students in the school.

The inspiration for the production was the disruption to the school community due to Covid. Leon felt that a project like this could help to regain a community spirit. He took on the role of writer and director and was assisted by Georgia Dunn, a teacher who became the assistant director and choreographer.

“We really wanted to showcase the arts because often with a multi-layered curriculum it can get overlooked. I think that through my experience in the performing arts and Georgia’s as well, we both really committed to raising the profile of the arts. It’s a huge part of our curriculum.” 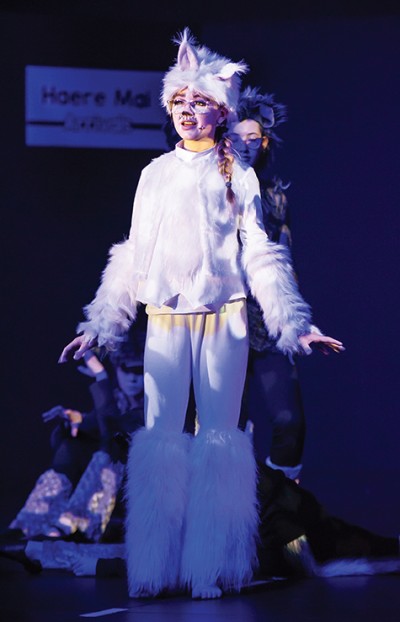 One of the performers singing a song from Cats.

Leon recognises that doing a production on this scale could be scary for a lot of schools, but he had the commitment of the community and staff to ease the process.

“The stage was built by our caretaker and one of our teachers. All the staff worked together, community members helped, parents helped.”

The efforts on the part of the school community paid off.

“We saw our school come to life post-Covid. It seemed for two years we’ve been asking parents to stay away because of lockdowns and that kind of thing. So, it was really nice to invite them back in and be connected again because the Ashgrove community is a really connected and supportive community.”

Leon and Georgia wanted the show to also reflect school values such as honouring te Tiriti o Waitangi and sustainability. One of the ways that this was achieved was through developing the script to include tikanga and te reo Māori. Georgia explains that some of the students had the role of flight attendants who provided safety briefings; after discussing how to include tikanga and te reo Māori the students wrote their ideas into the scripts.

The show also began with a karakia and the programme included a Māori whakatauākī. The programme was also linked to their sustainability goals – people had to pre-order it so as to reduce unnecessary printing. The school also used recycled and reusable materials for props and costumes. The school’s enviroteam students provided ideas and skills to assist with achieving sustainability, including creating origami containers for food to help eliminate unsustainable packaging. 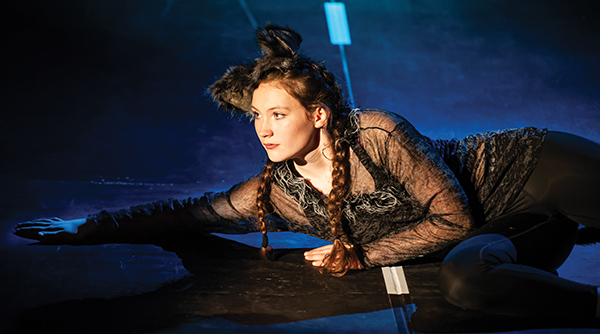 Kayleigh loved being able to share her passion for dance.

“The set that was built, the staging and costuming wasn’t an average school production. Even the lighting company that we employed to help with our lighting design, said they had never seen anything like it before in a school show.

“It’s very high level but I think it’s important because kids know when they’re involved in something high level and that refines and focuses them and has them push themselves a little bit further.”

The students appreciated being treated in the same way as adult performers.

“I wanted to treat them like young adults and have the bar really high from the beginning because then everyone rises to the challenge,” says Leon.

Leon could see the positive benefits that rehearsals and preparing for the show had on students.

“It did a lot for their self-belief and self-worth. You could see that they went to a rehearsal and got some positive feedback, then they were going to class feeling on top of the world and applying that feeling into their learning.”

The whole-school approach did mean teachers and staff took on additional roles. However, Leon says that by being honest and transparent right from the start, staff were enthusiastic and engaged rather than viewing it as ‘extra work’. Leon also looked at ways to make it easier if staff were working outside of usual school hours, such as providing food for staff and their families.

Leon would often do his principal duties before school to be able to work with the children on their performances. He also found that having a strong leadership team helped when extra support was needed. 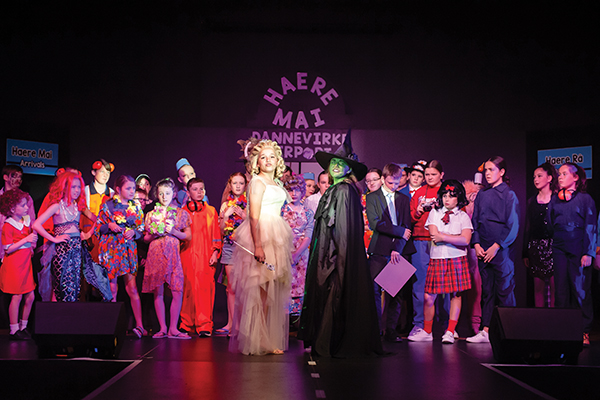 The Ashgrove School production featured many numbers from Broadway, with the show’s narrative being that the performers were ‘competing’ for a chance to go to Broadway.

A sense of connectedness

The show provided an opportunity for staff to learn and to connect with each other.

“I had one of our teachers who has been here for 17 years speak to me on the final night. She said that in the 17 years of being at the school, she’d never seen our school so connected.”

Students were also able to broaden their social contacts. 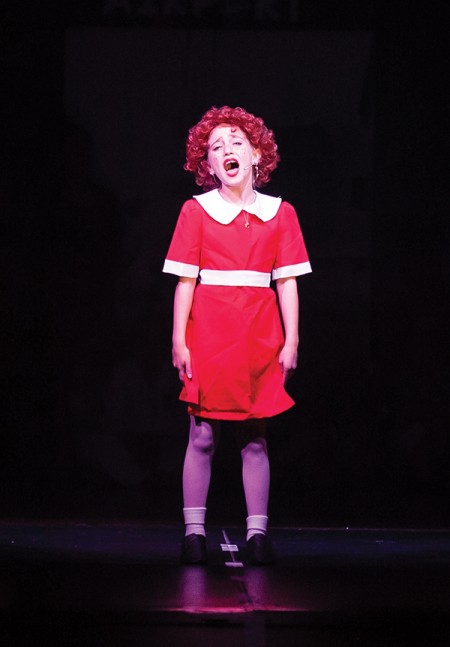 The musical Annie provided an opportunity for a student to show her talent.

“I guess one of the main things that came through was connectedness. The children felt really connected to the show and to each other because every child in the school was in the show.”

Two of the performers also found this to be one of the big benefits of being part of the production.

Jasper, who was one of the lead performers says, “At first I was a little bit annoyed to have Sunday rehearsals, but at the end it was fun talking to everyone from school that I wouldn’t normally talk to.”

Kayleigh, one of the dancers in the show, was delighted to share her passion for dancing but also loved the new interactions,

“With Covid, the only people you could talk to were the people in your class. Now I feel like I can personally connect with students of all ages around the school and people that I would not normally interact with.” 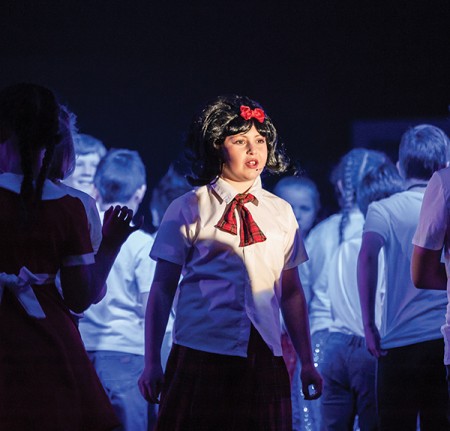 Performing a song from Hairspray.

Leon and Georgia would like schools and kura to know they are welcome to contact them to talk about a production of this scale.

“Georgia and I would happily make ourselves available to support any schools and kura, as quite often this is a layer that is missed because people don’t quite feel that they have the capacity, but we’d happily support any school or kura through that.”

Leon can be contacted at leon@ashgrove.school.nz. 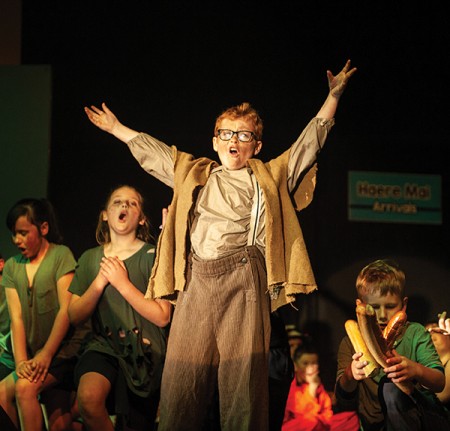 A song from Oliver.

Student feedback from the experience highlights the benefits of the production. 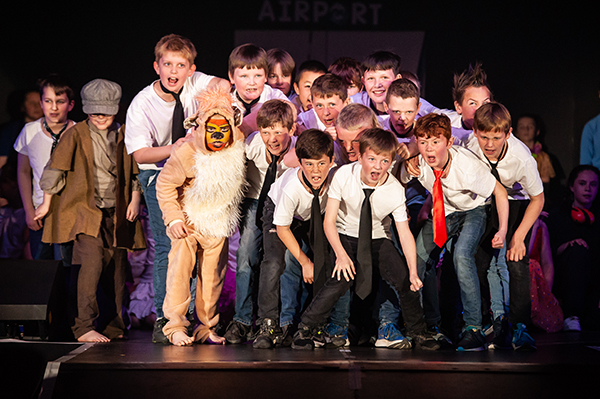 The show helped to create a bonding among the students. 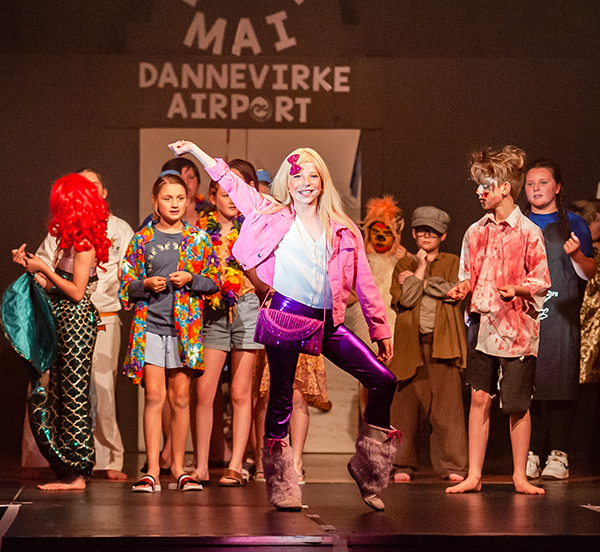 One of the 'Pink ladies' shows off her performance skills.

Photography is supporting ākonga and kaiako to explore wellbeing and learn more about themselves and their creative strengths.

Educators are realising the value of regular involvement and accessibility in the creative arts for ākonga with disabilities and additional learning needs.

Photography is supporting ākonga and kaiako to explore wellbeing and learn more about themselves and their creative strengths. Read more

Educators are realising the value of regular involvement and accessibility in the creative arts for ākonga with disabilities and additional learning needs. Read more