Five Rotorua schools have seen an improvement in student achievement and attendance and they’re putting their progress down to the strong relationships they’ve built with local hapū and each other. 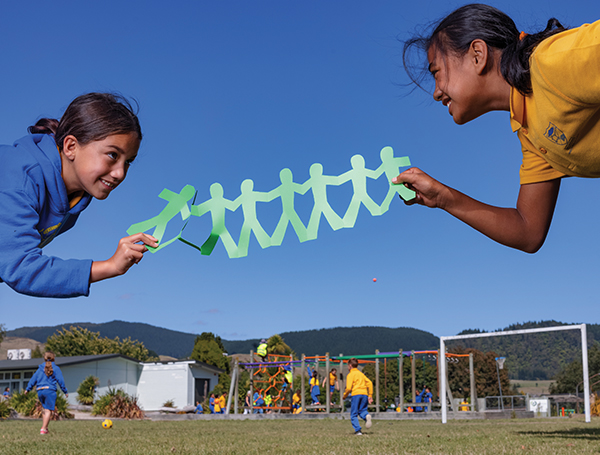 They each have their own identity, strengths and challenges, but they share the same goals and aspirations for their community. And the glue that holds them all together is Ngāti Te Roro o te Rangi, a hapū of Te Arawa.

Following the return of the schools’ land to iwi in the 2008 Te Arawa settlement, the schools and iwi have signed a Memorandum of Understanding to have an iwi-appointed representative on their boards of trustees. Underpinning the formal agreement is a solid relationship between the schools, iwi and community, nurtured by years of trust and collaboration.

When Education Gazette meets the five principals and kaumātua Paraone Pirika at Ōwhata School, their strong relationship is evident. The atmosphere is relaxed and respectful. They don’t miss an opportunity to poke fun at each other, yet they’re also quick to give credit where it’s due.

“We haven’t always had this lovely relationship,” says Lynmore School principal Lorraine Taylor. “We’re all bossy school principals and we’re used to fighting for our schools. I think what working with hapū has done is take us away from our egos and our organisations. The glue that holds us together is the hapū, and hapū will also hold us to account. Paraone will say, ‘It’s not about your school or your school – it’s about our kids, and you need to pull your heads in!’.
“So, we have to be told off every now and then and it’s a good measure of balance for us.”

For Paraone, it’s very straightforward: the adults need to work together in order to bring about a positive impact on the lives of the children. “All these tamariki are ours – regardless of what colour they are, regardless of what school they go to.”

He says with the return of the land came an obligation for hapū to work closely with the schools and the community. Having a voice on the schools’ boards of trustees is a vehicle for this.

Principal of Mokoia Intermediate School Rawiri Wihapi, says the Memorandum of Understanding has helped leverage the relationship between schools and iwi.

“The advantage for Mokoia having iwi representation on the board is that iwi have a seat at the table and then that’s the voice that goes back to the iwi. It’s covered for us.”

To Regan Williams, principal of Rotokawa School, the decision to have an iwi seat on the board is a “no-brainer”. And the relationship extends beyond a formal governance arrangement.

“I use Paraone as a sounding board all the time,” says Regan. 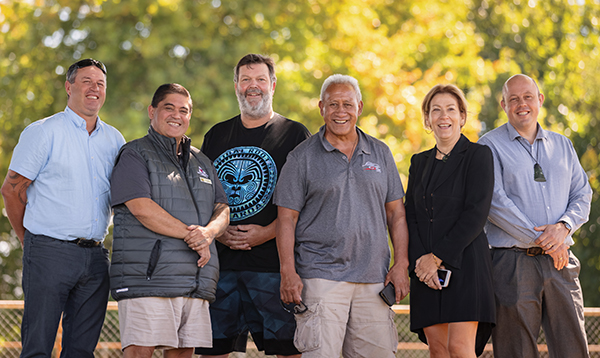 The collaborative approach does not come at the expense of the schools’ separate identities, however.

“We’ve built a lot of connectivity between principals, across-school teachers, learning support coordinators, and iwi. But although we’re moving in the same direction, we’re at different stages within our schools. It’s certainly the path we’re on – we’re not there yet,” says Jon Ward, principal of Rotorua Lakes High School.

“It’s not a case of stepping on each other’s toes and saying we’re doing everything together – we’re not. We’ve got our own identities and challenges as schools.”

Ōwhata School in particular, grappled with gang culture in its community. Social media amplified fighting in the street and other destructive behaviour.

“All those whānau are still here – nothing has changed. It’s not like they leave everything at the gate – but they now get welcomed into the school and a chance to come in and share their aspirations for their kids,” says Bob Stiles, principal of Ōwhata School.

“There were some really ingrained attitudes,” says Lorraine. “Māori students were very much – and I hate saying this word but I’m going to – assimilated. So they left their ‘Māoriness’ at the gate and tried to fit in to being Pākehā students. I could see that it wasn’t working for them, I could see that internal conflict, their identity and culture not being honoured. And as a result, Māori achievement was incredibly disparate in our school.”

Paraone recalls what it used to be like walking into Lynmore School. “It was like, ‘Who’s this brown boy walking into the school?’ Things are way different now,” he says.

“By using four pou – whanaungatanga, whakapapa, wairuatanga, manaakitanga – we have been able to build these relationships. And we’re seeing attitudes change,” says Paraone.

The shift in attitudes is reflected in the data.

“Our data tells us that Māori students are absolutely the same in terms of achievement in reading, writing, maths, science. I put that down to the way we worked with other schools, leveraging the local curriculum so it is contextual for Māori students so they feel valued and honoured. And the impact on their wellbeing is enormous,” says Lorraine. 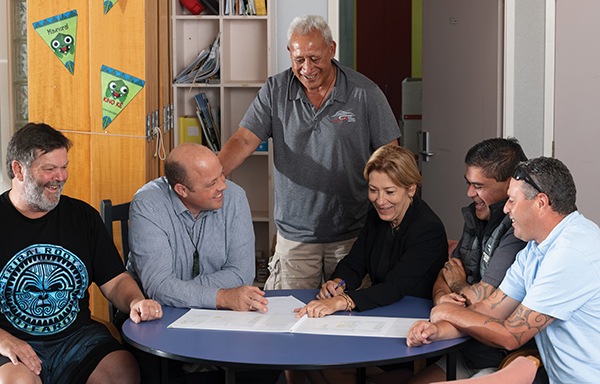 High-trust relationships are central to the partnership between iwi and the schools in this Rotorua community.

The schools aim to take a learner-focused, rather than school-focused, approach. Take learning support, for example.

“We have four learning support coordinators and we share them across all five schools, depending on where the greatest need is, as identified by the Learning Support Register,” says Rawiri.

There are signs of wider societal change taking place, as well. The schools and iwi are working with Police and local health and social agencies to support a community-wide approach.

Paraone says moving from a punitive approach to a focus on manaakitanga is having a positive effect. “Manaakitanga works. One of the tell-tale signs is that our crime levels have gone down by 50 per cent. Family harm is also down.”

“Schools belong to their communities,” says Bob. “We’re public servants and we work for those communities, not the other way around. That’s what makes it work. So, whoever your community is, that’s who you make the story about.” 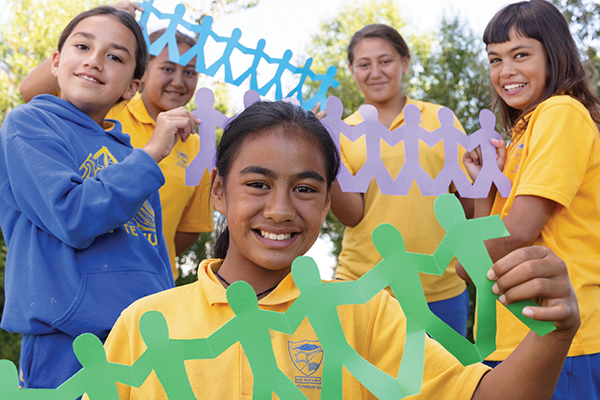 Connecting with their community is a key focus at Ōwhata School.