One man’s quest to find meaning has grown into a thriving business that repurposes old classrooms and keeps young people engaged in education in Tāmaki Makaurau Auckland. 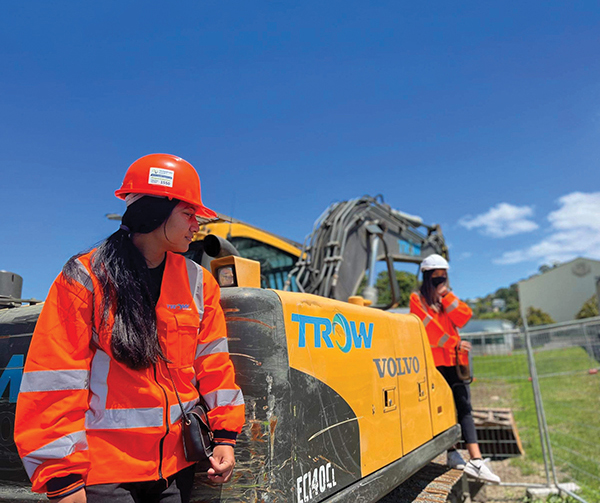 The TROW Group is Pacific-led for Pacific growth.

When Saia Latu’s brother died suddenly in a car accident, he returned to Tonga to be with family. While reconnecting with his people and homeland, he seized upon an opportunity to help locals by sending discarded furniture from New Zealand to schools in Tonga.

“It started with little containers to help rebuild some of the poorest areas, but as I learned more, I realised we had a big problem in New Zealand – 60 percent of landfill is construction waste,” says Saia.

“The issue became bigger than helping people, it became about changing the construction mindset. We needed to look at how we could redesign or reuse.” 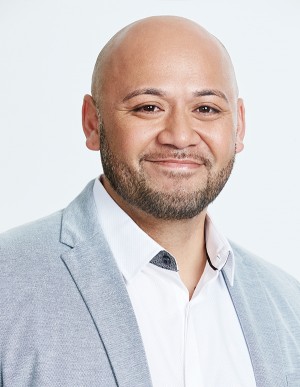 Saia sold his business assets to invest in a deconstruction business, TROW Group and today, five years on, that business is now a nominated supplier to the Ministry of Education for demolition and relocation. It is also Auckland Council’s prime supplier of deconstruction and salvage services.

Since its inception, TROW Group has repurposed almost 500 tonnes of building materials and helped to build schools and churches in Tonga.

Its first project for the Ministry of Education was at Browns Bay School on Auckland’s North Shore in 2021.

“They performed very well,” says Damien Strogen from the Ministry’s Capital Works team. “We are always looking at broader outcomes, such as societal benefits, diversion from waste and we know there are communities worse off than we are here so we’re delighted if materials can be repurposed or recycled.

“The TROW Group takes its waste management seriously, they walk the talk. Aside from that, they are a delight to work with, they’re a great team and we’ve had great feedback from the schools where they’ve worked.”

Another recent project on Auckland’s North Shore was at Target Road Primary School, where two classrooms were deconstructed. Only five percent of materials taken from the classrooms was sent to landfill. Chairs and cabinets have been donated to an early learning centre in Ōtara, and other materials are being sent to Tonga for use in community centres such as churches and schools.

TROW Group also has a contract with the Ministry called Open Classroom. 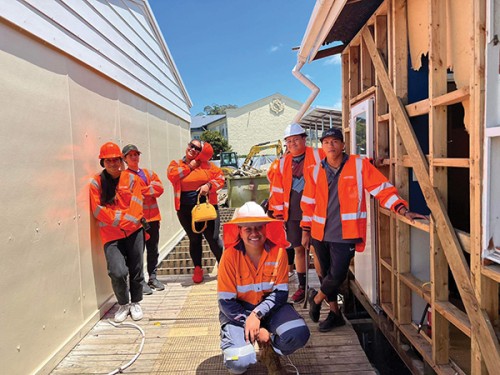 The crew is focused on strengthening community.

“We take in troubled young people, those who come out of youth courts, and we’re the last chance. We give them an opportunity to learn in a different way to school. Our learning is touch, feeling and smell,” explains Saia.

“We pick them up, take them out for walks, to the park, the museum and local marae just to get them out [of the house]. We don’t try to put them into jobs, it’s just about engaging in conversation and getting them connected again.

“Soon they notice that everyone in the company is Māori or Pacific, from the guy who is picking up the rubbish to the engineer to the managing director, and they can relate. It can be different from what they’ve seen before.”

“We have architects who design 30 square metre houses out of Ministry properties and when the kids see that, they want to get involved. Often, they are inspired by the work we are doing, building homes for the homeless for example, because they can see there are people worse off than them, and it motivates them to want more.”

It’s a different way of learning, adds Saia. “Education is important but not everyone can sit in a classroom for a long time. We give it five weeks and by then we know if they want to stay and work with us or to move back into study.

“I left school at 14 because we didn’t have any money, and that is still happening for many young people today. There are cracks in the system, cracks that got a lot wider during Covid, and we are trying to pick the kids out of the cracks and relieve the stress on families.

“We are the first Pacific head contractor and we’re proud of that, we’re leading the way for our people. I believe that we Pasifika can look after ourselves and that we don’t have to be poor. We are changing the way we do things.” 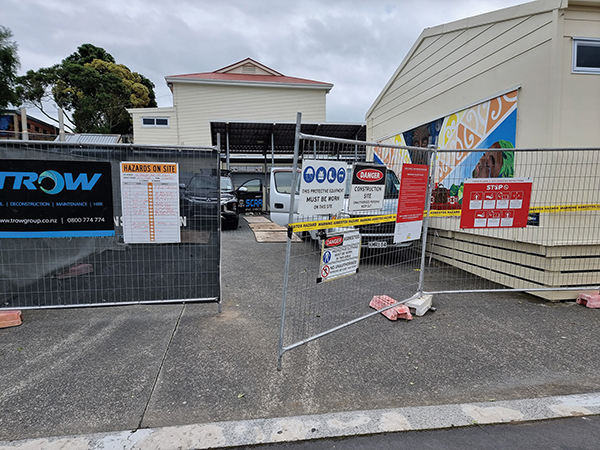 The TROW Group has been working with the Ministry of Education to repurpose construction materials from schools.

Science in a Van