Two schools share how they are connecting with Matariki by planting native forests so that current and future ākonga can learn from and enjoy the benefits.
Ka puta Matariki ka rere Whānui
Ko te tohu tēnā o te tau e!
Matariki reappears, Whānui starts its flight
Being the sign of the [new] year! 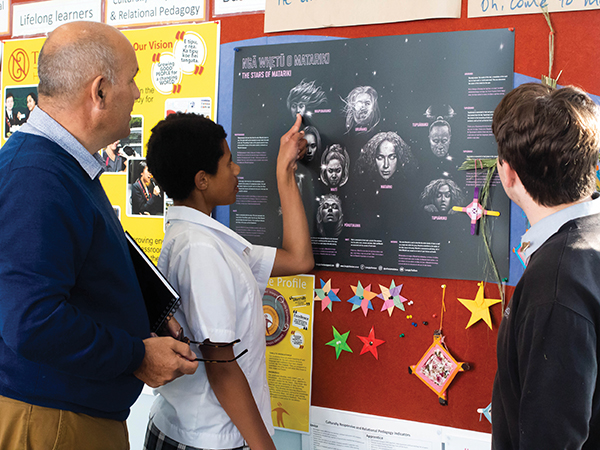 Tamatea High School in Hawke’s Bay has previously celebrated Matariki with an evening presentation, followed by kai put on by the students. This year they are incorporating a memorable event with the celebrations by planting a native forest.

“We have a number of playing fields and one of them wasn’t used very much. So, I thought instead of mowing it and having to pay to mow it all the time, why don’t we plant it as a native forest to celebrate Matariki and also as a school legacy programme?” says principal Robin Fabish (Ngāti Maniapoto and Ngāti Māhanga with a whakapono connection to Parihaka).

“It’s an opportunity for our alumni to participate and reconnect to the school and be involved in something that’s good for our environment. It is something that in 40 years’ time our students can drive past and say to their children, ‘I planted that’.”

The forest, and the planned celebrations, will also include acknowledging those who have passed, as it is being dedicated to the memory of two local educators and national sportspeople, husband and wife Heitia and Marg Hiha. Marg played hockey for New Zealand and Heitia played rugby for the Māori All Blacks. They both taught at schools in the area and passed a few years ago.

“Heitia was a real role model of someone making a difference and because he was Mana Whenua it’s also an opportunity for us to recognise our hapū. We’re really pleased to be able to involve the Hiha family in honouring their parents,” says Robin.

“Pōhutukawa is one of the stars in the [Matariki] cluster, and she reminds us to honour those who have passed away. She is tied to Hiwa-i-te-rangi who represents future aspirations. So, as well as paying tribute to those who are important to us who have passed away, we’re also acknowledging the importance of goals, aspirations, and going forward.”

The planting will take place on 23 June, the day before the public holiday, and will start with a karakia at 7am which is when Matariki should appear in the sky. 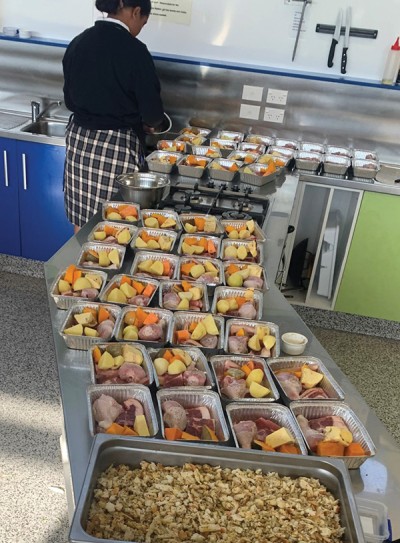 Ākonga prepare and serve kai to visitors as part of Matariki.

Leading up to the planting there will be a whānau dinner where arts students will exhibit photos that they have been taking. The dinner will also be an opportunity for students to do presentations as to what they have learnt about Matariki.
The evening dinner allows whānau, who may not be able to attend the weekday planting, to be part of the celebrations.

“Matariki, the star, represents wellbeing, so it’s an opportunity for us to reflect on our wellbeing through our health curriculum. There’s also our food and nutrition classes who will be involved in preparing the food for the event. They will also be learning about providing manaakitanga, looking after people.”

Wellbeing is also an important theme of Matariki for early learning, primary and secondary ākonga in Mission Heights, Auckland. This year they will mark our Indigenous holiday by planting native plants around their bike track and near the neighbouring forest.

The project is a collaboration between D the two schools, who obtained funding from the Auckland Council for 20,000 native plants.

Mission Heights Primary School and Mission Heights Junior College (MHJC) had previously received funding to build a bike track that both students and the public can use. The bike track allows students to learn how to use bikes provided by the school and gain confidence in cycling.

“It’s a way to get young people into biking. Even the students who don’t have bikes at home and are not really into biking or that type of outdoor activity, they really, really enjoy it. They see it as ‘Oh, this is actually not just a mode of transport’, that they think is boring, it’s a super fun activity that they can do with their mates,” explains Aly Grant, kaiako and communications and publications coordinator of MHJC.

The school has ‘bike ambassadors’ who assist other students to gain skills on the bike track. For the Matariki celebrations, the students will be partnering with children from a local early learning centre, KiNZ Mission Heights, to plant a tree together. 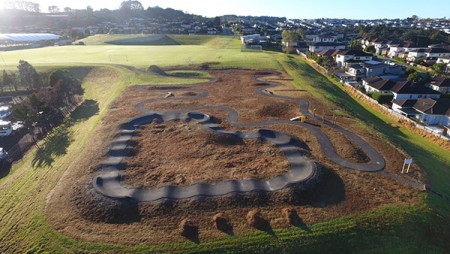 The school has ‘bike ambassadors’ who assist other students to gain skills on the bike track.

Aly says connecting the bike track to Matariki has provided many learning opportunities. Earlier in the year, Year 8 students had lessons provided by Bigfoot Adventures to gain confidence in cycling on the track and Primary students have been receiving similar training. In science classes across the school, ākonga have looked at what species of native plants will be planted and historically what they have been used for, for example, as medicines.

Furthermore, it has been a strategic goal of the Mission Heights Schools for the past few years to support the growth of teacher capacity and pedagogical understanding to integrate te ao Māori and mātauranga Māori in curriculum design. And it is this Matariki planting that has become an authentic vehicle for teacher learning too.

Science and global studies classes have also been involved in the guardianship of a forest on the school site. The school is also working with Ngāi Tai ki Tāmaki to ensure the correct name is referenced for the forest. This area has trees that are up to 400 years old. The students engage in activities such as cleaning up the forest and doing bird counts.

“Part of the learning with Matariki is the importance of the forest and the ecological benefits that native forests provide for our greater community.

“The students are learning that if we plant native trees around our bike track, how much bigger that native forest will become and how diversified the insects and birds will become over time,” says Aly.

The planting on 11 June demonstrates the concept of looking towards the future.

“This has the opportunity to be this year’s graduating class legacy project. They’re assisting with the planting of these trees, helping younger generations do that planting as well, to leave a legacy for future generations, not just for people at our school, but our greater community as well.”

Living by the stars 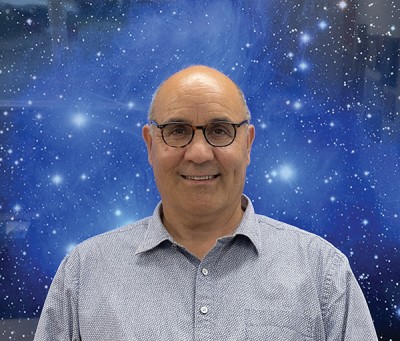 Both Aly and Robin advise schools wanting to celebrate Matariki to look broadly as to what teaching and learning opportunities can be gained and to seek out knowledge as to ways in which Matariki can be acknowledged.

After the rise of Matariki, the covers of the food are taken off to let the steam rise up to the skies to feed and honour Matariki. Robin explains that schools or individual classes can do this by preparing food such as fish and kumara and then letting the steam out.

“People can do little steps, or they can go big – there are just so many possibilities,” says Robin.