Rev Jonathan Te Rire (aka Hone) is still pinching himself after being announced as the recipient of the Ngārimu VC and 28th (Māori) Battalion Memorial Doctoral Scholarship, which supports high achieving tertiary students of Māori descent. 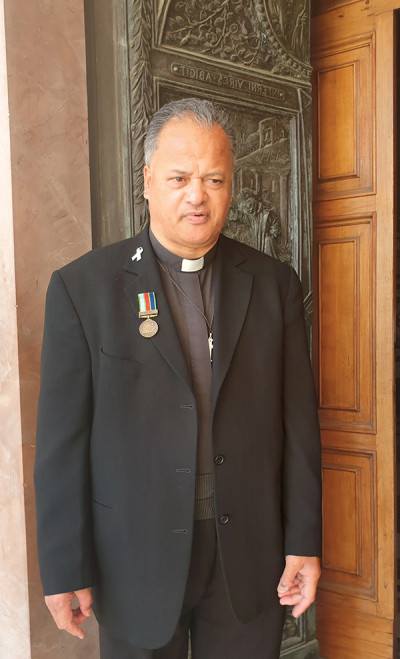 Jonathan’s doctoral scholarship of $25,000 annually for up to two years will allow him to gather and collate historical narratives of the members of the 28th Māori Battalion who came from Kawerau and other Bay of Plenty tribal regions.

“In May 2019 I attended the 75th anniversary of the Battle of Monte Casino in Italy. Our group visited a number of Commonwealth War Cemeteries and there were rows and rows of names that were familiar to me, that I knew had some connection to the eastern Bay of Plenty,” he says.

Some of the men who fell were close whānau. Jonathan, who was a serving soldier of the NZ Armed Forces in the 1980s, says his PhD research will help to connect him with the 28th (Māori) Battalion whānau who fought in World War 2 - and will keep their names alive. The stories he intends to gather will come from the descendants of these soldiers who fought overseas in North Africa, Greece and Italy. Some returned, but most lie in the war cemeteries overseas.

“My thesis will be available for other researchers as a resource, but I will also be publishing a book with the collection of stories and my thesis. The main aim is that these memories and stories stay alive for future generations.”

Jonathan’s passion for history came from questioning people such as his grandparents about his Māori side.

“I used to sit with them and was interested to know who I was and how I was connected to the many people around us.”

Jonathan says young Māori are attuned to role models who believe in them and nurture them. He is grateful for the many people who saw his potential throughout his academic journey.

“Role models through my school years were important to me. I still remember my Primer 1 teacher at Kaingaroa Forest Primary School. Mrs Elizabeth Wilson was a great encourager and made me believe in myself. She told us we could be anything we wanted to be.

“I left that school at Form 2. At boarding school, Hato Petera College (formerly St Peter’s Māori College), I had a science and history teacher, Brother Peter Thompson, who nurtured me through my schooling years. He also would say ‘you can be anything that you want to be’.”

When Jonathan passed six subjects in School Certificate, he says his parents were so proud they “almost had a ticker-tape parade in town” and his self-esteem went through the roof.

Jonathan passed University Entrance the following year. After some years away from academic studies, he embarked on tertiary education in 1999, when he did a BA, followed by a law degree, and eventually ordination into the Māori Synod of the Presbyterian Church.

Jonathan will be studying towards a Doctor of Philosophy (Māori and Indigenous Studies) at Te Whare Wānanga o Awanuiārangi, based in Whakatāne.

He will use historic resources from the Presbyterian Church’s Knox College in Dunedin, as well as local resources from home and abroad. Jonathan chose Te Whare Wānanga o Awanuiārangi as his thesis will be written in Te Reo Māori. More importantly, he will be close to many of the people and resources he needs.

“The scholarship is a special and prestigious award and for Māori that is something most humbling. It recognises potential and it connects me to the values of the 28th Māori Battalion – courage, virtue, aroha.

“I’ve got a lot of ground to cover and the scholarship allows me to do that. The expectation is for me to do well and it will be like having my mum and dad, Mrs Wilson and Brother Thompson with me still, encouraging and nurturing me on.” 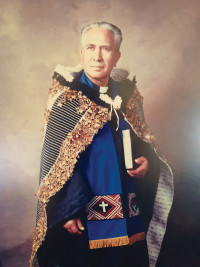 A fund to support Māori education was created to commemorate the bravery of Second Lieutenant Te Moana-nui-a-Kiwa Ngārimu and the other members of the 28th (Māori) Battalion who fought with distinction in many engagements in World War II.

The Ngārimu Scholarships support Māori excellence at tertiary level with academic merit being a high priority in the selection. Scholarships have been awarded to over 200 recipients.

For more information about the scholarships, search Ngarimu Scholarships on the Ministry of Education website(external link). 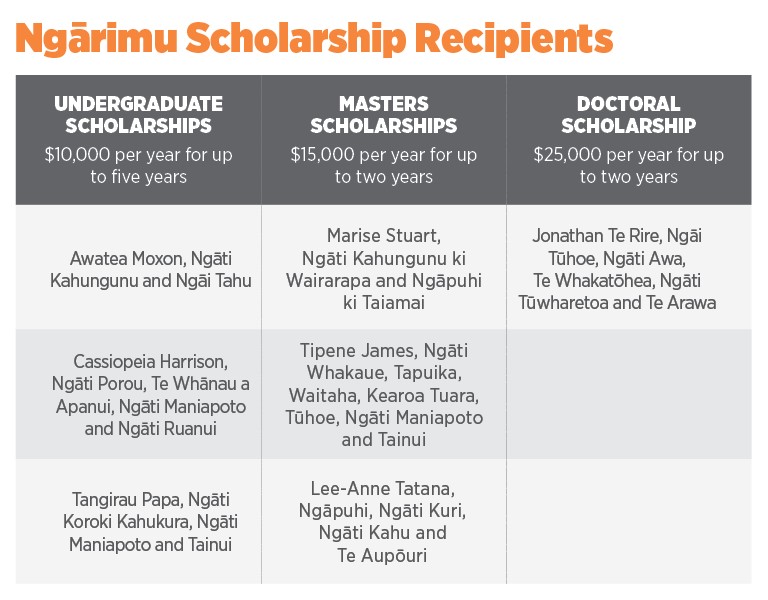