The Ngārimu VC and 28th (Māori) Battalion Memorial scholarships are awarded to Māori undergraduate and postgraduate students to exemplify excellence in education as well as service and commitment to the community. Education Gazette talks to one of this year’s recipients. 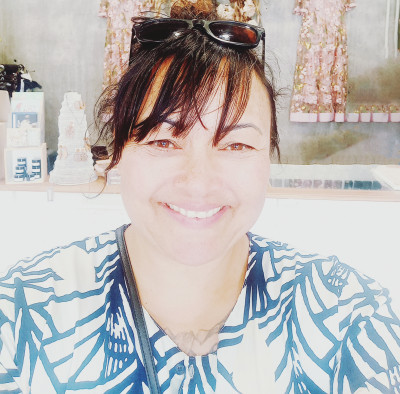 Trei Crawford (Te Aitanga-ā-Hauiti) cried when she received news that she was the recipient of a prestigious Ngārimu Scholarship.

“I cried, then my head and my heart jumped for joy!” she recalls.

Trei was awarded a Ngārimu scholarship of $15,000 annually for two years. She says it will enable her to be financially free from debt, allowing her to concentrate solely on her research.

Trei says her research will make a difference to many tamariki.

“I know my research will benefit the descendants of the soldiers who served in Te Hokowhitu ā Tū.

“As a descendant of Rangiuia ki Uawa, Moana-Nui-a-Kiwa Ngarimu VC holds much mana, rangatiratanga and rongonui history amongst our iwi, hapū and whānau. I hold such high admiration for the sacrifices Ngārimu VC and our men made. I knew I wanted to take my time to remember them, their prophecies by applying for the scholarship and paying tribute to their legacy,” says Trei.

Trei is eager to see more contributions to te Ao Māori and urges Māori undergraduates and postgraduates to apply for Ngārimu scholarships in the future.

“Look towards Māori research methodologies to guide you in a culturally enhancing way. By keeping this in mind when writing your application, it will strengthen and guide how your work will add to the whānau, hapū, iwi and mokopuna.”

What are the Ngārimu Scholarships?

During World War II, Māori men and women made a significant contribution in all areas of the defence forces and home services. The recruits who formed the 28th (Māori) Battalion fought with distinction in many engagements.

Subsequently, Second Lieutenant Te Moana-nui-a-Kiwa Ngārimu VC was acknowledged by the British Commonwealth for his heroism and was posthumously awarded the Victoria Cross.

In June 1943, Ngāti Porou, Te Whānau-ā-Apanui and Pākehā from the East Coast met to consider how to commemorate the bravery of Ngārimu VC, and the other members of the 28th Battalion whose lives had been lost in World War II.

It was decided to establish a fund to support Māori education. The Ngārimu VC and 28th (Maori) Battalion Memorial Scholarship Fund Act 1945 is administered by the Ministry of Education.

A Scholarship Fund Board was established for the purposes of administering funds that promoted Māori education. The scholarships support Māori excellence at tertiary level with academic merit being a high priority in the selection.

More than 200 scholarships have been awarded so far.

Undergraduate Scholarship recipients: $10,000 per year for up to five years

The awards ceremony was held in Parliament on Wednesday 7 April 2021.

Outstanding work is happening in early learning services, kura and schools across the country, as evidenced by the finalists in this year’s PM Awards

Outstanding work is happening in early learning services, kura and schools across the country, as evidenced by the finalists in this year’s PM Awards Read more