The launch of Tai Poutini Mana Ake on the South Island’s West Coast is bringing students and communities closer to mental health support and services in even the most remote parts of the region. 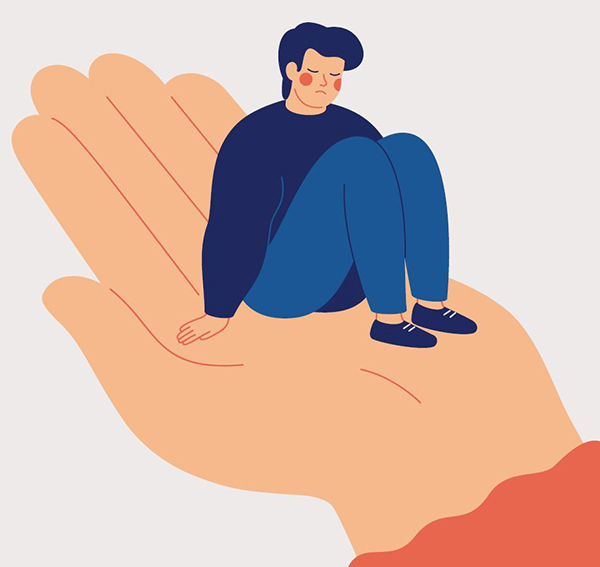 The school-based Mana Ake wellbeing programme has been expanded to deliver early interventions for mild to moderate mental health needs among more than 3,000 students in Years 1–8 on the West Coast.

First launched in Canterbury in 2018, Mana Ake was part of the Government’s plan to support children living in earthquake-affected communities in Canterbury and Kaikōura.

Mana Ake is a cross-agency initiative between Te Whatu Ora – Health New Zealand and the Ministry of Education. The West Coast programme has been co-designed locally with iwi, schools and local social and health services.

“The tyranny of distance away from support is the biggest challenge,” says Peter, whose school in the Maruia Valley has a roll of around 20 students.

“In my almost 12 years here, there have been various times when it’s difficult to find support quickly for whānau or individuals within a whānau. What I’m really hoping, through setting up this process on the West Coast, is that it’s going to make that a lot easier in terms of knowing who to contact and having a variety of resources available to us.

“Part of that challenge is not only our remoteness, but also the challenge of not having enough specialist support services,” he says.

Mandy agrees, saying that it’s difficult trying to find resources for tamariki when they most need it.

“Often, it’s a time of crisis when you need those resources in a hurry and a lot of the time, they’re not there.”

“I think with all students, if they can learn simple ways to cope when things do get a bit tough, they’ve got those tools that they can use. Then it stops it escalating, or hopefully slows some of that down,” says Mandy.

Mana Ake Tai Poutini will be delivered by Poutini Waiora, a West Coast-based Ngāi Tahu social services provider. Mandy and Peter say that project lead Sarah Birchfield and her strong team have put in a lot of mahi consulting with students and whānau, iwi and kaumatua, schools and the wider community.

“Sarah, who is employed by Poutini Waiora to do the Mana Ake work, is now attending our kāhui ako meetings and having some input into that wellbeing space,” says Mandy.

One of Mana Ake’s key strengths is that it has been co-designed by the local community, which means it can be tailored to offer meaningful support at a grassroots level. Consultation throughout the West Coast confirmed the reality that a lack of resources and the geographical challenge of meeting needs in a timely fashion are key issues.

“For someone to come to our school from Westport is a four hour round trip and that eats into our resource time as well. One of our challenges in setting up Mana Ake is to see if we can establish some sort of working model that may be able to be copied into other areas of providing resources and support to schools and communities across the West Coast,” says Peter.

The three-tiered model starts at Tier 1: a whole school focus; Tier 2: a smaller group focus within a school, and Tier 3: a more individual personalised focus.

“We’re looking at three ways of rolling that out. With Poutini Waiora being a partner to delivering the programme, they are looking for strategic partners. For example, in the Buller area and in Greymouth, Homebuilders West Coast Trust [a social services provider] have the contract for providing social workers in schools in the Buller community as far south as Greymouth.

“They are already well established and so that’s an example of a partnership with Mana Ake with key resources that are already in the community and working effectively, with relationships already established,” explains Peter.

The model will be put into a trial phase with a small group of first-priority schools. That group will be expanded, and any fine tuning will be done as part of the rollout to each group. 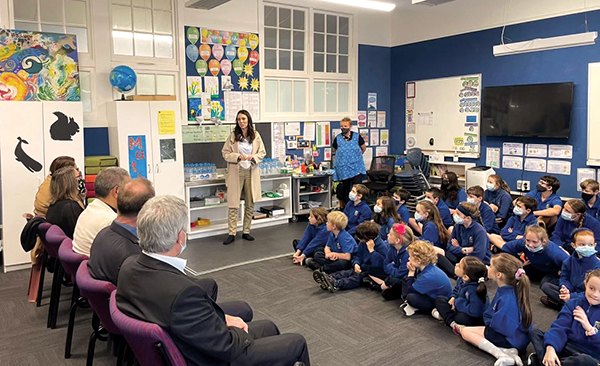 Like Maruia School, Kumara School on the Otira Highway is remote and surrounded by dairy farms. This means that both schools have quite high roll turnover, with some families being sharemilkers and moving to new farms each year on 1 June, or others being farm workers.

While Mandy says she’s lucky with the tamariki at her school, both principals say most mental health needs come from children who move around a lot.

“When you’re getting children who have shifted two, three schools in a year and often over quite big distances if parents are shifting around quite a bit, that creates all sorts of anxieties. We do a lot of work with our school culture to support those children when they’re with us. So, part of it is having that strong culture of care and kindness,” says Peter.

“Much the same for us – we have a really strong culture of looking after each other that seems to work,” adds Mandy.

Kumara School is part of the Māwhera Kāhui Ako and Mandy says the group has been working to develop a common language about learning and restoration and hopes to do the same around wellbeing.

“What we’re hoping is that if you go to a place that is using a similar kind of language, it lowers the anxiety a little bit,” she says.

Both principals have come up with strategies to meet the mental health needs of their students with Mandy saying their learning support coordinator fills the role and Peter saying his school tries to use their RTLB service.

“We’re fortunate that we’ve had a really good RTLB connection over the last few years and that has been an amazing support for us, particularly when we have had those crunch moments with children or whānau – just in helping to point us in the direction of who we can get support from – and then throwing their weight behind that,” says Peter.

Mandy and Peter argue that the myth that West Coasters just ‘get on with it’ doesn’t always serve children and whānau well.

“They do get on with it, but in other ways maybe some of this just stays hidden, and that’s where that whole building resilience becomes really important, because if the kids are building resilience and taking those skills home, parents and caregivers can in turn build a bit of resilience,” says Mandy.

“I would agree with Mandy that that tends to mean that some people don’t speak up. They don’t get the support they need. I know we have some good networks in our own community of people who look out for each other,” says Peter.

“I’ll do that with adult members of whānau that I’m aware of – I make that part of my role. ‘How’re you going?’ ‘When was the last time you took a break from the farm?’ Those sorts of things. But you’ve got to have those relationships and sometimes you just miss those people – especially if you’ve got families coming and going,” he adds.

In a small community where everyone is inter-connected, a mid-Canterbury kāhui ako is successfully focusing its collaboration on student wellbeing

In a small community where everyone is inter-connected, a mid-Canterbury kāhui ako is successfully focusing its collaboration on student wellbeing Read more