Inaugural year as a reading role-model 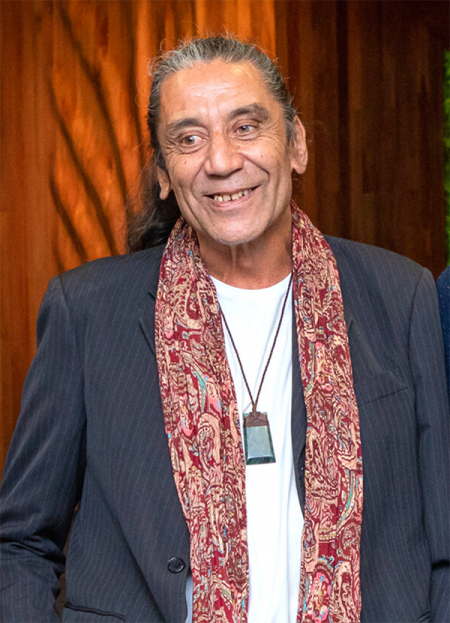 Ben Brown is working to build a love of reading in children and young people.

Te Awhi Rito New Zealand Reading Ambassador role was established in order to nurture a love of reading among young people amid significant declines in this pleasure practice.

Ben took on the inaugural role in May last year, in a programme led by The National Library of New Zealand.

“The first year was disruptive, hectic and a learning curve for everyone,” says Ben.

“But I worked to represent a supportive structure tasked with promoting a desire in young people to read, continue to read and read for love, rather than just having to for school.”

A champion of the cause, Ben’s role was to visit schools and talk with students, striving to re-inspire and encourage an uptake in reading again.

Studies have identified trends in attitude towards learning, including a decline in reading for pleasure since 2009 for 15-year-olds, and since 2010 for 10-year-olds. In PISA, students who enjoyed reading had significantly higher reading scores. For every unit increase on the enjoyment of reading index, there was an average increase of 29 points in reading performance, after accounting for students’ socioeconomic level and gender.

“I think the screen probably has a lot to do with this change in reading habits. Kids are overwhelmed with information,” says Ben.

“When I was a kid, we had one TV channel and a black melamine phone on the wall with a three digit phone number and a party line, which is what the crank handle sticking out the side of it was for. Books, magazines, that was it. That was the sum total of information you were exposed too.”

Ben has children of his own, and through bringing them up in the digital age, he’s noticed just how much ‘stuff’ they’re taking in.

He says that in this day and age, you can get by without reading, “but the question is, what are you missing out on?”

Throwing out the script

At the Auckland Writers Festival, his first gig as Te Awhi Rito, Ben stood before 1,800 Year 7 and 8 students.

“I was the last speaker of the day and they were all sitting there yawning and so I threw my script out of the window,” he says.

Ben tells the students he meets about his own upbringing and relationship with reading.

“Trying to sell them the idea that reading is good and fun is hard. It was even hard for me to get into reading at school once upon a time but my dad always ragged at me,” he says.

He explains it’s important to get creative, to paint a colourful picture in the students’ minds of why reading is important.

Ben was 10 years old when he first found a love of books. He grew up in a house full of stories, with his father from outback Australia and his mother from a Kīngitanga Māori background. His father wanted him to read The Adventures of Tom Sawyer. One Sunday afternoon, when Ben was moping about, his father chucked the hardcover book at him and Ben duly obliged.

“Now, I grew up in the beautiful Motueka Valley. I lived by a river, had rafts, bunked off school with my mates, just like Tom Sawyer,” he says.

Ben was completely taken by the story and was eager to read more. He joined his local library and then started on Huckleberry Finn. It opened his eyes to slavery, a topic he talked about with his father.

“My father said to me, ‘keep reading and you’ll understand,’ which is a line I love.”

Ever since then, Ben has been an avid reader.

Finding a love of books

He explained to the students how stories are so important because it’s how you build your imagination.

“When your mind has to do all the work, that’s the goal. When kids are on their devices, they’re not reading substance, it’s just gloss and they’re confusing content with imagery. If you just watch Tom Sawyer, half of your brain goes to sleep when you’re watching the movie as it doesn’t have to work,” he says.

“I tell the kids, your brain loves using its imagination, it makes you happy, it brings you joy.”

Getting young people to read starts from sharing our own love of reading, Ben believes.

He says it starts with teachers sharing their love of books and encouraging parents to read as role-models.

He doesn’t chuck statistics at his students, instead he bounces around the stage, getting excited as he tells them how reading has changed his life.

As his second year in the role begins, Ben is hoping to explore how older students can be reading role-models to the younger students.

The introduction of tuakana-teina classrooms is transforming learning experiences for tamariki at Fruitvale School in West Auckland.

The introduction of tuakana-teina classrooms is transforming learning experiences for tamariki at Fruitvale School in West Auckland. Read more

Specialist teacher of dance and drama or digital technology