From hot metal to digital

The Education Gazette has experienced many changes in the way it has been produced, but some of the people working on the publication have been involved for several decades. 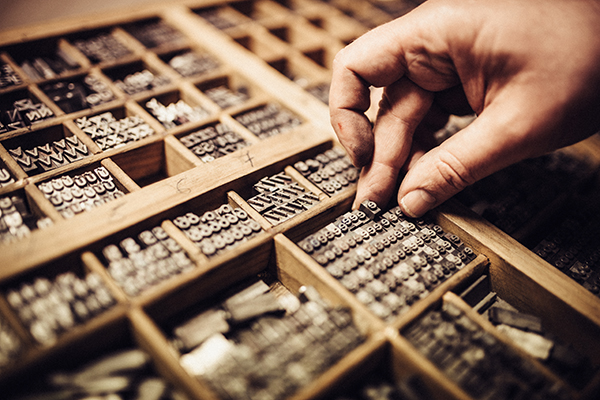 “In those days, all Government work had to go through Government Print: Hansard, Government Bills and regulations, Year Book, Police Gazette, Education Gazette,” says Eleni, who, 42 years later, still works on the Gazette at NZME, managing the notices and vacancies.

Government Print, as it was known, was located in Mulgrave Street from 1966 – just a hop and skip from Parliament. In 1976, its printing operations were relocated to Masterton.

In 1990, the Government Printing Office was sold for $23 million as part of the Government’s financial strategy to reduce public debt by selling assets. Printlink, now known as Blue Star, began to print the Gazette and continues to do so to this day.

The earliest editions of the Gazette included articles and advertisements, but in the late 1940s the publication changed to focus more on resources and job vacancies.

“Pre-internet, the Gazette was the key Ministry of Education source of information for teachers and featured vacancies, notices, curriculum updates and lists of resources, mainly library-based, such as books and magazines,” says Eleni.

“When I had my children in the 1990s, the vacancies, which had mainly been received by fax, were printed out and couriered to me at home where I would moderate and typeset them,” she says. 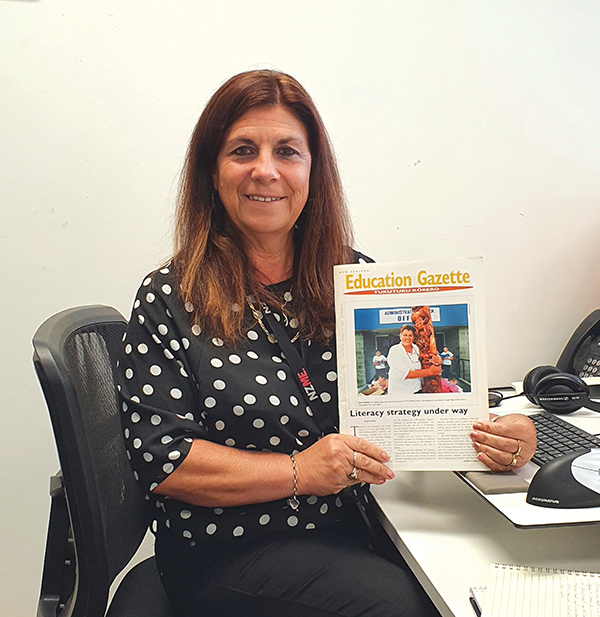 Eleni Hilder has worked on the Gazette for 42 years.

By the 1990s, early PCs and floppy discs were used, replacing the IBM electric typewriter used prior to that.

Learning Media (formerly School Publications) within the Department of Education, published and managed the production of the Gazette from 1989. By that stage, the magazine was approximately 16 pages long, with colour pages in the front and back and black-and-white pages in the middle.

In 1999, the publishing contract was transferred to APN Educational Media (which became NZME in 2014). John Gerritsen was employed as editor, and feature articles and advertisements began to reappear in the Gazette. These all went online, along with vacancies and notices, on a new Gazette website introduced that year.

Throughout the 2000s, changes in technology further changed the look of the publication. Digital cameras became more widely available, resulting in an improvement in photo quality. Software developments meant improved layouts and design.

In its 100th year, more changes are afoot, following research into educators’ views of the Education Gazette undertaken by New Zealand Council of Educational Research (NZCER) in 2018. The research found the majority of readers valued informative and engaging articles about what is happening in the sector and preferred to access vacancies and notices online.

In response to this feedback, listed vacancies and notices will now be published on the Gazette website from the beginning of 2021, freeing up space for articles about early learning centres, schools and kura around Aotearoa. The Gazette now has its own e-newsletter, YouTube channel, Instagram account and this year will take its first foray into podcasting.

Some of the old crew are still working on the Gazette: Eleni Hilder; Jill Parker – NZME advertising account manager since 1999; Annemarie Gibbs – Ministry of Education production manager since 2013 and formerly with Learning Media; and Martin Young, who has been with Printlink/Blue Star since the 1990s.

Eleni says that at times it was difficult to get the older generation of teachers and principals on board, particularly when the Gazette went online, but she welcomes the new developments.

“The print listings in black and white have been virtually unchanged for the past 40 years and were outdated. We have had to move with the times over the years. I think the Gazette now is modern, fresh and stylish and on a par with publications in the magazine world,” she says.

Stories from the chalk face

By John Gerritsen, editor of Education Gazette from 1999 until 2010.

I became editor of Education Gazette after the companies APN Educational Media and Copeland Wilson won the contract to turn the publication from a black-and-white, text-only listing of vacancies and notices into a full-colour magazine in print and online with the addition of paid advertising. 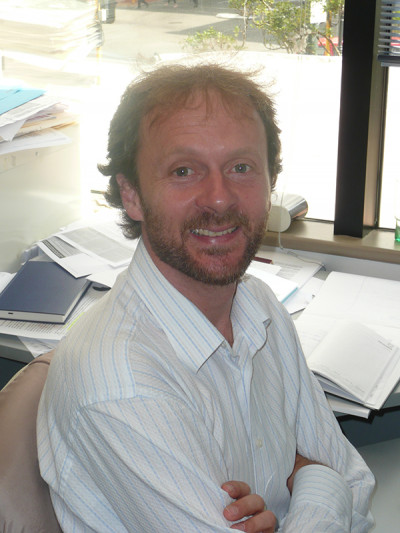 John Gerritsen in his role as editor of Education Gazette through the 2000s.

Essentially our brief was to share stories about innovation and good practice from schools and early childhood centres up and down the country and maintain the all-essential vacancy and notice listings.

It felt like a huge change and there was a certain amount of nervousness about how our glossy make-over of such a venerable publication would be received in staffrooms and also by parts of the Ministry itself.

I distinctly recall getting the first edition of the new-look Gazette out the door. It was a very late night as the process of laying-out and double-checking hundreds of listings went a lot longer than expected.

Fortunately, we had hired Eleni Hilder, who had been responsible for the notices and vacancies for the previous publisher. Her experience was invaluable and ensured we weren’t flying entirely blind!

So far as the articles went, the Ministry would come to us with the initiatives or programmes that they wanted to highlight and together we would figure out which schools and early learning centres to profile and when the story might run.

Though the Ministry set the direction, the stories were very much those of the people ‘at the chalk face’ – the teachers and principals doing the everyday mahi of leading teaching and learning with their pupils. It didn’t at all feel like we were doing PR. Rather we were sharing great stories about some of the very best work that schools and early learning centres were doing.

One of our biggest challenges was taking or finding decent photographs to illustrate the stories. Often our interviews were conducted over the phone and we were dependent on schools sending us their best photos, which was a bit hit-or-miss.

From newspaper to magazine style

We had always wanted the publication’s cover to be magazine-style with a full-page photo but this was initially judged to be too big a jump from the old-style Gazette and we started with a newspaper layout. After a few years, however, the Ministry agreed to the change and it was a big improvement.

The notice and vacancy listings threw up continual challenges in terms of things like word limits and deciding which organisations (beyond schools) were allowed to post their items for free. The listings were, and are, an unparalleled way of reaching thousands of teachers and principals, but they needed constant rule tweaks and policing to ensure they weren’t abused.

One of my jobs was a final overnight proofread of the notices and vacancies so corrections could be made the next day before sending them to the printer. At certain times of the year this was a relatively easy task, but at others, especially October, it felt monumental with hundreds of vacancies needing careful attention. It took a lot of concentration to look at each item individually and resist sinking into a mental form of autopilot.

Dealing with schools’ enquiries and vacancies created a feeling of connection. Often we would recognise the name of a far-flung school and note that we might not have seen it for some time. That feeling engendered a sense of responsibility to get it right for each school.

I hope the staff in those schools feel a similar sense of connection to the Gazette – after all, it’s been going for 100 years!

A tsunami threat thwarts an interview with new Associate Minister of Education Jan Tinetti, but the former primary school principal

Take a moment for nature

It’s important to prioritise our mental health, especially as we continue to grapple with the effects of Covid-19.

Take a moment for nature

It’s important to prioritise our mental health, especially as we continue to grapple with the effects of Covid-19. Read more