A tsunami threat thwarts an interview with new Associate Minister of Education Jan Tinetti, but the former primary school principal is well versed in dealing with the unexpected, as she later shares with Education Gazette editor Jude Barback.

There’s a collective jolt in the café as a civil defence alert sounds loudly and simultaneously on everyone’s phones: the threat of tsunami here in Tauranga is apparently low, but the warning is a little unnerving nonetheless. 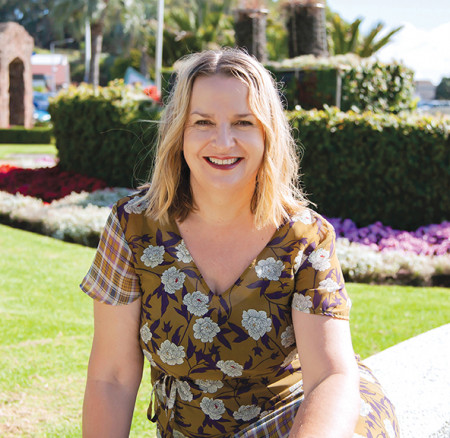 Another message appears on my phone – this time from my children’s school located on the Pāpāmoa coast, asking parents to collect their children from school. It’s at this moment I’m joined by the Minister for our interview. She urges me to go. “Your kids come first,” she says. It’s a gracious move, considering her busy schedule.

We’re able to chat about it a few days later, on our rescheduled telephone interview. She empathises with the principals and teachers of the schools and early learning centres who had to manage the unfolding situation.

After all, it wasn’t that long ago that the Minister was a principal here in Tauranga. She was at the helm of Merivale School from 2006 until she made the move into politics in 2017.

While Jan speaks fondly – almost wistfully – of her time as a principal at Merivale, she is up front about the challenges she faced there initially.

“It was incredibly challenging when I first started. We had some real behaviour issues in the school – or rather lots of outside influences that were impacting on behaviour. Merivale is known in Tauranga as being a low socioeconomic area with a number of people who affiliate with gangs in the community. We had a number of teachers who felt afraid and felt that they weren’t able to get ahead with the kids.”

She recalls stories of young people bringing knives to school because they felt scared; of a rubbish bin thrown at a relieving teacher.

Jan knew she needed to get the Merivale School community on board. Following poor turnout to events hosted at school, she changed tack and hosted a series of community hui in the homes of parents and whānau.

“At every single one of them I remember saying, ‘I’m the learner here and I want you to tell me what it is you want for your school. And it is your school – you’re going to be here long after me.’”

“It was also really important that we got the voice of the local iwi and hapū and got their hopes, dreams and aspirations for the school.”

She recalls one hui at Huria Marae, which was attended by many of their parents and staff.

“One of the parents mentioned that they used Sir Mason Durie’s Te Whare Tapa Whā model in a health context. She said, ‘We understand that, why can’t we use something similar for our school?’

“So we took on the many elements – not just academic, but the social and wellbeing, all the whā were just as important as the other. And we made a commitment that whatever we were building within the school was based upon each aspect. That became the profile of our school and that was where we started to build upon a whole sense of identity.”

Jan was aware that perceptions of the Merivale community were damaging for the tamariki.

“I knew I needed to tell the Merivale story because people made assumptions about our school, our young people and our community but I knew it was based on their world view.”

A simple statement made by a young student had a profound impact on Jan. She recalls the moment vividly.

“We had an amazing kapa haka group, so we would get invited to perform at different events, which was great, but then one day one of my kids said to me, ‘I hope those flash Pākehā don’t laugh at us’.

Positive Behaviour for Learning School-Wide (PB4L-SW) became a useful framework for helping to change culture within the school. Central to this was developing some core school values, which were collectively known as ‘The VALE Way’; VALE standing for Very responsible, Always safe, Learning for life, and Expect the best.

Jan recalls the day she knew that what they were doing had made a big difference in the children’s lives.

“I was driving the netball team in the school van on a Saturday morning. And we drove past a street called Parkvale Street and one of the girls said, ‘Oh look, they’ve got ‘vale’ at the end too. I wonder if their vale is as cool as our vale.’ And I knew we’d made a difference.

“And it was theirs – it wasn’t someone else telling them how to behave, how to do this. They had intrinsically felt proud and I just knew that that was the moment we got there.”

Jan is pleased that Merivale School continues to go from strength to strength.

“The principal there now has taken it to another level again. I feel so proud of what was achieved over that time, but I feel most proud of where it’s actually going to now. You know you’ve made a real difference when you’re still seeing those changes so many years later. It’s so rewarding.”

Connecting to the sector

Jan still has young people contact her on a daily basis, letting her know what they’re up to.

In her new role as Associate Minister of Education, she is keen to connect closely with the sector, including students and whānau.

“I am so passionate about education – and the work teachers and principals do in schools and early childhood settings. I just know that every single one is striving to make a difference. And my role now is to support that great work and help bring it to another level.