Finding safety at school after a disaster

Teachers and schools can help whānau and communities to recover from disasters, according to two major pieces of research which focused on Christchurch schools after the earthquakes. 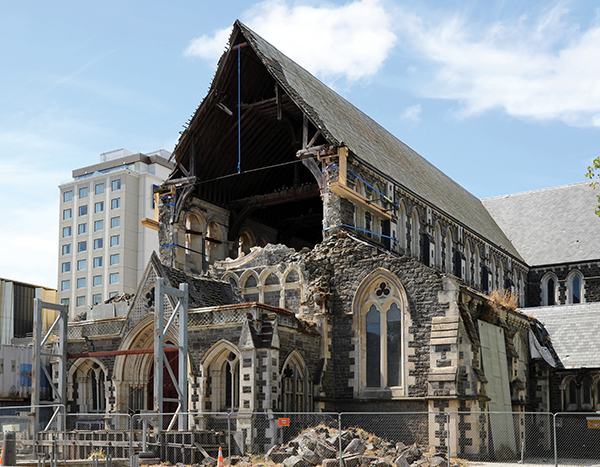 Dr Maureen Mooney from the Joint Centre for Disaster Research, School of Psychology, Massey University, was lead researcher in a study about school communities and how they contribute to the way children cope with a disaster.

She has worked in disaster and war zones around the world and says that when she began researching the roles of schools in helping communities recover from crises in 2011, there were only two papers on the subject globally that examined how children were asked how they coped.

Her research was carried out among two secondary schools and five primary schools in Christchurch. She found that in the chaotic and uncertain post-earthquake environment, schools were a familiar supportive context, providing coping assistance, safety and solidarity that enabled supportive relationships and contributed to the children’s recovery.

“I interviewed the children, parents, teachers and principals and then started to see that there are inter-dependent systems which provide frameworks – like a woven quilt around these children,” she says.

What helps children to cope?

“Most children are going to get through and I wanted to establish what it is in the environment that enables children, families and communities be able to cope.”

Maureen found that during the hundreds of aftershocks experienced in Christchurch, there would be small clusters of children who coped well very quickly. Those children who felt a bit ‘wobbly’ referenced those who were coping - teachers and peers.

Teachers monitored the children based on their developmental needs and normalised some behaviours such as letting humour explode when it would usually be calmed down, or allowing children to keep their phones in their pockets so they could contact parents if an earthquake happened during schooltime.

“All of these interactive systems were working while the child was still processing everything and those systems stepped up a little more. Teachers scaffolded all of those processes around the children and the children were doing this as well, so they were working together. When the systems don’t work, the children can become very vulnerable.”

Children in the Massey study reported using multiple strategies including positive reframing, problem solving and focusing on getting on with things. Those who coped well were flexible in their use of strategies, which promoted their experiences of agency and optimism. Those who didn’t cope well displayed a more rigid use of a few strategies such as avoidance and withdrawal and seemed to have little capacity for emotional regulation.

“The children who didn’t cope well were in the minority throughout the period the research was conducted. The study suggests that children can learn effective coping skills and could benefit from interventions that support and coach effective coping strategies,” writes Maureen. 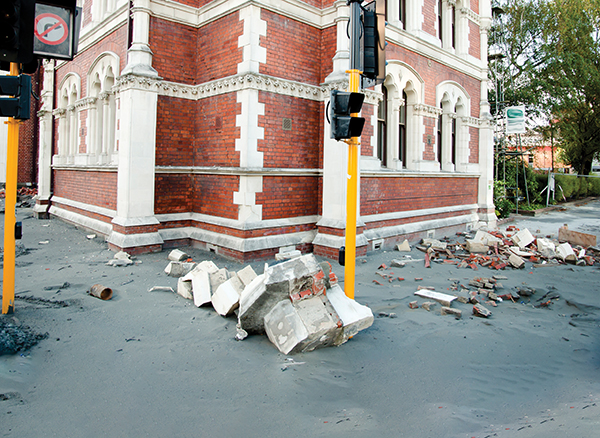 Most teachers Maureen spoke to in her research said they had a real sense of responsibility to their children.

“They would say to me: ‘Inside things were exploding, but on the outside I was calm and when an aftershock hit, would even have a little chuckle and say, ‘That was a bit shaky’.’ It’s not all doom and gloom, but we’re in a country where we’re going to have disasters – we’re in the middle of a pandemic, we’re going to have more extreme weather situations; and there should be more formal training and support for teachers and principals on how to support children and themselves during a crisis context.”

Maureen says teachers and principals would often get quite emotional when asked how they coped. Helping children in a post-disaster setting requires support and training and there are many programmes that can be used in schools to help with this, she says. 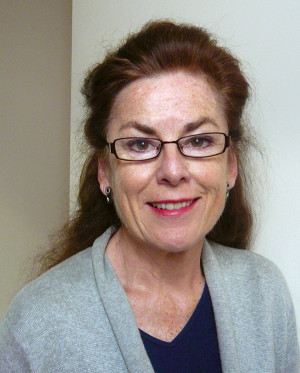 Schools provide safety, communication and connection at times of stress and disaster.

“By being a mirror of good coping, a school can actually support others learning how to cope. That went out into wider circles in the community. For example, one school had a lot of liquefaction. They got all the parents and kids in and did a working bee, provided some food and people had an opportunity to connect. That was extremely important bonding for that community early on,” says Maureen.

As a comparison, Maureen studied some students at Wellington schools. When she returned to the Christchurch students eight months after the initial research, she found they were more resilient than the Wellington students and had transferred their coping skills to other things like competing in a swimming competition, or sitting exams. 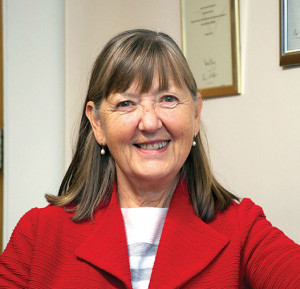 Professor Carol Mutch at the University of Auckland has come to similar conclusions after a six-year research project carried out with five Canterbury schools throughout the Christchurch earthquakes between 2012 and 2018.

Her research shows that rather than being peripheral players, schools functioned as community hubs; with principals as crisis managers, teachers as first responders and children as active citizens.

“As a former teacher and school leader myself, I saw that schools had huge expectations placed on their shoulders in terms of supporting not only their students but their students’ families and the wider community.

“But despite what was going on in their own lives, they fronted up day after day with quiet determination,” says Carol.

In 2011/12, Dr Maureen Mooney led research on how children address adversity by using their capacities to adapt. Here are some of the responses Maureen got from children aged five to 15 (names changed).

Dr Maureen Mooney’s research paper, ‘The school community contributes to how children cope effectively with a disaster’, is published in Pastoral Care in Education(external link).

Professor Carol Mutch’s research paper, ‘Children researching their own experiences: Lessons from the Canterbury earthquakes’ can be found at NZCER(external link).

The official opening of Redcliffs School in June was an emotional event.

“At the opening, the staff were really moved. They were just so proud to have overcome so much. Our kids just sung their hearts out and felt really proud to have been part of something so special where you keep being determined to do the right thing,” says Rose McInerny, who has been deputy principal and principal during the long journey to reopen the school in the Christchurch seaside suburb. 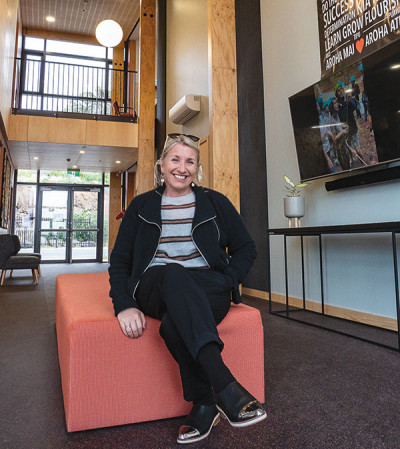 Redcliffs School’s principal Rose McInerny is thrilled to be leading the school into a new era in its new facility and location.

So how did the school manage to continue to teach students and hold the community together?

Sticking to the basics

“First and foremost was focusing on what’s really most important at the time. For us it was really sticking to the basics of great teaching and learning, and engagement with our families – and keeping things really positive.

“We had an amazing board who took up a huge amount of work to do all the work behind the scenes so the teachers could be freed up to do their job. Being dislocated, it was quite an effort to keep up lots of normal type things. But we had so many community events and just tried to create lots of occasions where children and families could get together and keep that real sense of community,” says Rose.

Music, sports and adventure are all important at Redcliffs School and even when students were dispersed across different sites or working in small makeshift classrooms, these were continued.

“We’re a really musical school and all our music teachers kept coming – we just found spaces for them. We had productions and cultural and musical festivals so we really kept going a lot of things that could have gone by the wayside, because they are things the community really values and loves.

“It’s quite an outdoorsy community and sports and adventures are important, so keeping things like a triathlon were really important as well. While in the first couple of years, we didn’t have as much pressure on the academic side of things, we kept a really normalised programme as well, because kids seek routine.”

Everyone in the school community wanted to stay together and the wellbeing of teachers and students was paramount. Teachers were also involved in collaborative decision making as much as possible.

“There was a really joint vision that this was such a beautiful school, great kids, great whānau. To do that was going to take extra work, but how could we make it as positive and enriching as we could for us as a team?”

Regular mindfulness training for teachers and students was scheduled into the timetable and communication was key, says Rose.

“We were so open and honest about what we were going through, while trying not to burden staff with things they didn’t need to be burdened with. We always kept our eye on the goal to return our school to the community. That was the ongoing focus – along with including people with the decision making and making it as fun, vibrant and positive as possible,” says Rose.

Two weeks before moving into the new Redcliffs School, Covid-19 and school closures happened. But Rose reckons the skills and resilience learned over the past nine years helped them cope.

“We were half packed. We’d had so many things happen along the way and this was like reeeeally?! I think we managed because of that calm measured approach and keeping business as usual as much as possible; and listening and looking after people.

“I think the staff are really resilient. They came back from Covid and we were straight back into it knowing we had a move a month later and to settle kids back into normal life and living. Instead of having two weeks to move, we had one day. Staff just got on with the business of getting it done, helping in their own time. It speaks of the spirit of the school.”

Substantial support was provided to school communities across Christchurch following the earthquakes.

A series of articles in a New Zealand Psychological Society Bulletin(external link) outline the Ministry of Education’s responses to events at the time. These responses were informed by Traumatic Incident Service principles developed in consultation with teachers and principals. A raft of practical and psychosocial support was developed, including:

Education Welfare Response which worked across sectors to assist with a wide range of things like property, payroll, resourcing, leadership, special education provision, and communication

Longer-term support with a focus on teacher and student wellbeing.

Following on from these responses several initiatives were established, including:

In addition to these resources there are other supports and resources available to schools and early learning services to help them at times of emergency management and response. These can be accessed via the Ministry of Education website(external link) and also through Ministry regional offices, including the Traumatic Incident teams.

The Ministry of Education can provide formal training and support for teachers and principals. This support can be accessed through the Traumatic Incident Service, 0800 TI TEAM.