A programme giving young tamariki the skills to successfully manage their emotional responses is on track to be implemented in 150 early learning centres across Aotearoa New Zealand. 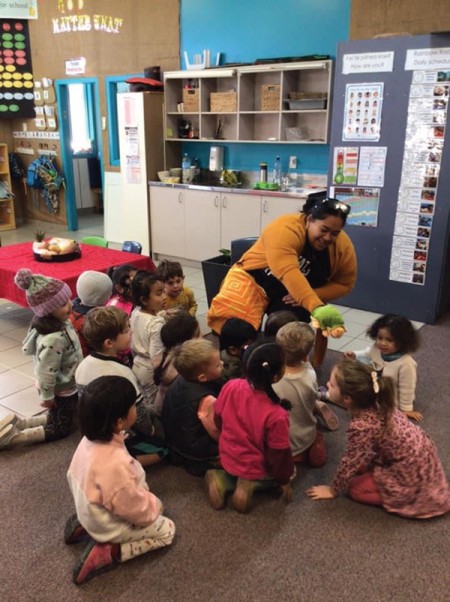 Angels Childcare kaiako Camille uses the tools from ENGAGE to revisit stories through puppetry and talk with tamariki about real-life feelings and situations.

NGAGE is an evidence-based programme that supports children aged between three and seven to develop their self-regulation skills through play. It was developed by Associate Professor Dione Healey (University of Otago) and is being delivered by the Methodist Mission Southern (MMS).

It’s one of three programmes being piloted as part of a Ministry of Education initiative to trial support for young tamariki in early learning services to develop capacities for self-regulation, resilience, and social skills.

MMS kaiwhakawhanake pakihi (chief development officer) Jimmy McLauchlan says The Dunedin Study was the first piece of compelling evidence that identified self-regulation skills in the first few years of life as the best predictor for positive outcomes later in life.

“For us as a social service agency, we work really hard to support people who have complex lives or face barriers to achieving their goals.

“We knew from The Dunedin Study and subsequent research that we have the biggest opportunity to make positive influences in these early years,” he says.

MMS began investigating how they could develop and deliver a programme based on this research to reach children and whānau that needed it most.

Dione says self-regulation is the core of wellbeing and functioning and she knew the programme could benefit more children and whānau through a population-based approach via early learning centres. When MMS made contact asking to do exactly that, she agreed. 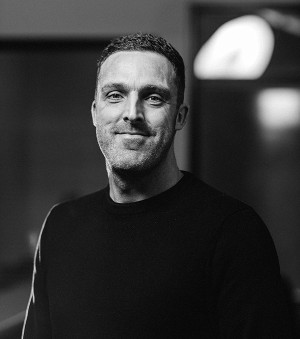 “Developing good self-regulation skills early on by helping children learn to manage their behaviour will, hopefully, set them up really well in life - and make life better for parents too.”

With support from the Tindall Foundation, research trials were carried out with a range of whānau and early learning participants.

“Kaiako were seeing real differences in the individual children and in the setting as a whole. They felt their centre environments were calmer with children getting on better with each other,” says Dione.

Supported by a pool of local facilitators with strong local and cultural connections, MMS is working to implement ENGAGE in 150 early learning services in Auckland, Bay of Plenty and Otago by July 2022.

“We want a diverse workforce that has a deep understanding of the reality of working as an early learning kaiako. Covid-19 has made the past three months interesting but it’s underway and has been delivered to a number of centres through Zoom.”

A new way of managing behaviour

Traditionally, interventions for children with ADHD involved medication or behaviour management through reward charts or schedules.

“These interventions are externally regulating symptoms, which don’t teach the children how to manage themselves,” says Dione. 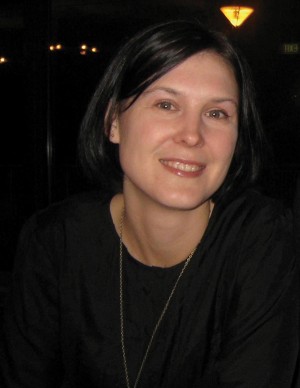 “The idea is you play the game, but you also think about targeting the game at the level for the child. It must be engaging and a wee bit challenging. Then you need to think about ways to make the game more complex over time or switching to different games as they develop the skills,” says Dione.

A key focus is on language use, where kaiako help tamariki translate the terms and skills they learn in the games within real-world settings.

For example, an animal speed game, where tamariki practice moving slowly like a tortoise, then faster like a giraffe, then really fast like a superhero, can be used in other settings.

“You can take this language and ask a hyperactive child to ‘go into turtle mode’ rather than saying ‘stop’ or ‘slow down’.”

Angels Childcare Centre in New Lynn, Auckland has been using ENGAGE for a year across their four over-two teams.

Centre manager Jeanette Manu Ettles says, “We took it on because it was a really good follow-on from another programme we did called He Ara Hauora that focused on social and emotional competence.”

She says ENGAGE’s specific strategies and activities have had a lasting impact on tamariki’s communication and ability to express their feelings and emotions. 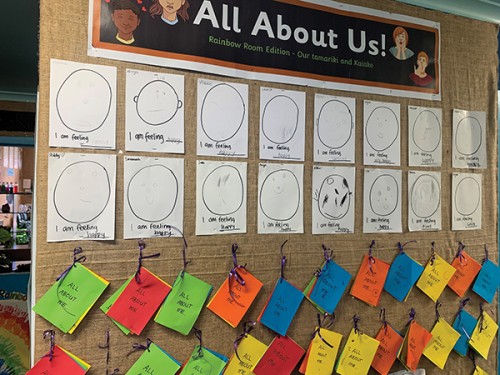 Children’s drawings on how they feel are displayed so they can revisit these drawings and feelings with Mum, Dad and with their peers.

“They’re learning other words to express emotions, not just ‘happy’ ‘angry’ ‘sad’, but ‘I’m feeling frustrated’ or ‘I feel embarrassed’.”

The programme has been so successful that Jeanette has taken their behaviour management procedures off the wall.

“Teachers are less reliant on behaviour management procedure but rather more focussed on effective strategies to build children’s resilience and social competence. In turn, we reap the rewards of children being more expressive and they become positive contributors to the group.”

For kaiako, their focus has shifted to guiding tamariki, monitoring and observing the children solving their own problems.

“The children are now really self-sufficient and dealing with the issues within the group and then they’re coming to the teacher and they’re saying ‘so and so took that off me, but I told her I didn’t like it so she gave it back’.”

Jimmy says the programme can help kaiako who feel they need support with children who have challenging behaviours.

“We want to reaffirm to our early learning teachers that they are valued. They are working in the real magic part of the developmental window where the big gains happen. When we get it right for a child, the impact is lasting and hugely positive.”

A digital protection resource, with the wellbeing of tamariki at its heart, will give kaiako the confidence to know how to recognise, respond to, and report

It’s important to prioritise our mental health, especially as we continue to grapple with the effects of Covid-19.

A digital protection resource, with the wellbeing of tamariki at its heart, will give kaiako the confidence to know how to recognise, respond to, and report Read more

It’s important to prioritise our mental health, especially as we continue to grapple with the effects of Covid-19. Read more

How to manage behaviour in the classroom with Julie McDougall