A two-year project by University of Otago researchers has investigated preschoolers’ experiences of Dunedin and their visions for their city and found that they can be intuitive planners of their urban environments. 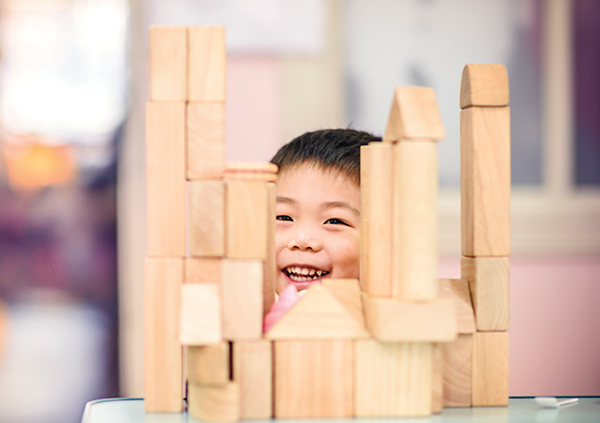 Two projects (one finished, one on-going) investigate pre-schoolers’ city use, experiences and understandings to build a foundation for planners and urban professionals to acknowledge pre-schoolers’ needs and rights in creating more liveable cities.

In the initial research, which began in 2015, children from three Dunedin kindergartens engaged in a variety of exercises including mapping their ideal city using picture tiles, group discussions with researchers, and neighbourhood walks to demonstrate what they liked and didn’t like about their local area.

The mapping exercise showed the children to be caring, considerate planners, not just of their own needs, but also of other city dwellers.

Early this year, the second research project began with tamariki from Rainbow Preschool in South Dunedin having an opportunity to explore their neighbourhoods and planning skills.

“Our research shows that preschoolers care for the cities they live in: people and living and non-living things,” says Christina.

“What impressed us is that they think very holistically about their city – not just about needs for kids – but actually for the entire population.

“They showed they were thinking about the transport system. Housing was really important and thinking about needing different types of housing because family sizes differ from single families to extended families. They also had heaps of services from hospitals, police stations, fire stations, schools and libraries,” she says.

The way children think holistically about city planning supports their learning in the Mana Whenua/ Belonging strand of Te Whāriki where they become increasingly capable of making connections between people, places and things in their world. They also develop a relationship to Papatūānuku based on whakapapa, respect and aroha.

Merewyn Arlidge, senior teacher at Rainbow Preschool, says teachers and parents were interested in being involved in the project, as the research on child voice and the input preschoolers can have in their communities is important.

“Preschoolers are a big part of our community. Young children are using a lot of the resources like museums and swimming pools, and they go shopping with parents, so it’s really important to hear their ideas. Sometimes they come up with quite refreshing new ideas or reasons for thinking things could be the way they are,” she says.

“In early childhood we’re all about listening to child’s voice and helping to develop their working theories about, not only what happens in preschool, but in their wider world. They develop holistic capabilities through individual learning goals, provocations and experiences set up for children to expand their learning.

“We could see that this study was another way of enriching children’s learning and a vehicle to be able to hear their ideas about things.”

Tamariki involved in the study enjoyed being explorers connecting to their own, and the wider, world, says colleague Lesley Greenan.

“Christina had a lot of railroads, planes, shops, all the resources they could put into their city and they did amazing things. One child took a couple of days to build his city. They were able to connect to their world and then replicate that on a floor map, which I thought was quite cool,” explains Lesley.

“There’s quite a variety of learning such as using trial and error: ‘how’s my train going to get to the other side of town?’ or ‘where do I want my train to stop?’ They are thinking logically, explaining to others, planning, setting problems, classifying. Using the working theories, they are really thinking about their world.”

Kaiako at Rainbow Preschool weren’t surprised at the depth of understanding children showed about their urban environment.

“For some of the children, it was a vehicle for them to share knowledge in things they were already interested in and knew,” says Merewyn.

“In our day-to-day conversations with children, their areas of interest are wide and varied and they are very used to sharing their ideas and what they know about the world. We facilitate to build on that knowledge all of the time.

“It was a bit different from what they had done before, but we weren’t surprised that they really did have some good ideas around what they thought was needed,” she says.

Christina says the children in the first project that focused on Dunedin showed they had understanding and clear ideas about the connections in cities.

After the children had built their cities with picture tiles, they took the researchers on tours of their neighbourhoods. Armed with GoPros, the children showed researchers that they were meaningful makers of place and had deep connections to their local environments through the Mana Whenua/Belonging strand.

While on the neighbourhood walks, the children warned researchers about toadstools, prickly bushes, and glass on footpaths, which they were concerned could injure dogs.

“They are very aware of dangers and adults’ fears for their wellbeing and that cities can be dangerous places. In this they reflect adult fears rather than seeing these places as dangerous from their own perspectives,” explains study co-author Professor Claire Freeman.

The children at Rainbow Preschool demonstrated their growing capability in the Te Whāriki strand of Mana atua/Wellbeing as they talked with the researcher about their awareness of their environment and the ways they could keep themselves and others safe from harm.

Recipients of a Marsden Fund Grant in 2018, Christina and her team are conducting further research in Dunedin, Christchurch and Wellington to gain a better insight about what it’s like to be a four-year-old in our cities.

“Our ultimate goal is to try to develop a tool set for anyone who makes decisions in cities on how to consult with children. If they don’t have time to consult, our aim is to raise awareness about the needs of young children and their perspectives.

“Academically we want to think about their agency and to examine how young children shape their lives themselves. Part of the Marsden grant is that we have money to invite people to workshops where we can share our findings and workshop with them what would be good ways for them to easily incorporate into their decision making or planning projects.

“Communities, planners and urban policy makers need to ensure young children can participate and make the most of their local environment in a safe manner,” she says.

The research highlights the importance of young children being engaged in making meaningful contributions to their communities and aligns with Te Whāriki as a framework that  describes children’s valued learning in early learning settings.

A four-year nationwide study aims to measure the impact of supporting enriched oral literacy and self-regulation in early learning settings.

Expressions of interest are now open for the Curriculum Advisory Group.

Expressions of interest are now open for the Curriculum Advisory Group. Read more