A Children’s Summit has been a real shot in the arm for digital technology at St Mary’s School in Gore. 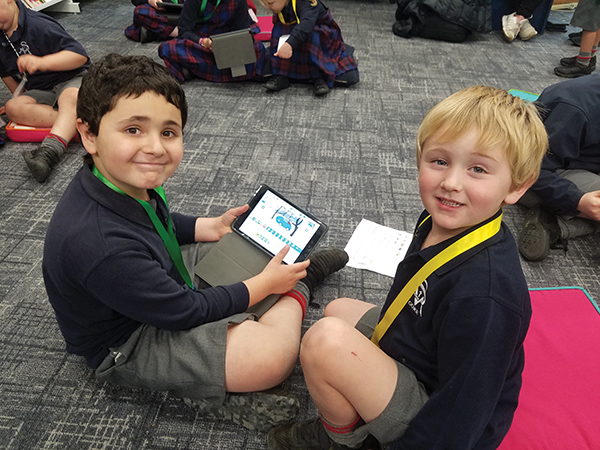 A Children’s Summit designed along the lines of a conference, saw teachers stepping back while tamariki took the lead in a series of workshops. It was based on Google Summits that the school’s teachers have attended in recent years to upskill themselves in the use of digital technology.

It was initially planned to hold two summits but flooding in February and the Covid-19 lockdown resulted in one event held in May.

“The intention was that after working with expert facilitators and teachers, students would run workshops and sessions, but children quickly became the experts and led the workshops at the one and only summit,” says Annie Nelson, principal of St Mary’s, Gore.

Teachers and students worked with trainers from PLD (professional learning and development) providers Using Technology Better the day before the summit. They learned how to run workshops, restart and debug machines and upskill in areas such as Minecraft and Bee-bots. 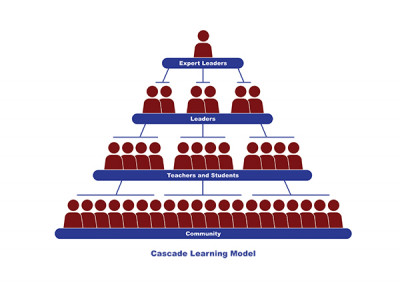 Cascade learning is a learning framework used in the business world and teacher training overseas. The intention is to teach one person, who will cascade that knowledge/practice through an organisation.

“In a school setting, part of the learning is an expectation that they can transfer that knowledge/practice to another group of learners. I suppose it is like tuakana teina but the facilitation can come from anyone, not necessarily older to younger,” explains Annie.

“The students were outstanding: better than the teachers, more relaxed – they didn’t feel as nervous about making a mistake. Kids have the ability to know it’s not the end of the world; they just say: ‘no, you can just restart that’.”

Following the training workshop, the children’s knowledge and expertise was so good, they were able to take charge. 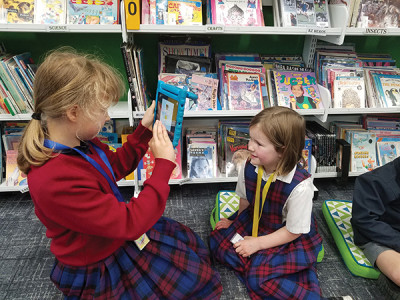 Around 220 students from Years 1–6 at St Mary’s were involved in the summit. The student leaders came from Years 3–6.

“When you know you have to tell somebody something afterwards, you tend to listen twice as hard and I think that’s where cascade is really important.

“There would be one large room for Bee-bots with small groups working together. The student who had set the activity up told them which order to do things in, gave them the coding card, then did the roaming around the room with an adult.

“Some of the kids were chosen to lead Minecraft Education. They had the leadership and training to teach adults in Minecraft,” says Annie.

Teachers had to work out what their role was in the new dynamic as they were put into groups and given tasks to do at the workshops.

“It was like a physical thing: the teacher would be in the room but didn’t physically know where they should be.

“They worked as equals in that space. The child being able to talk to a teacher about learning is what we always want and it’s just nice that sometimes you can tip that balance and it can be the teacher sharing learning with the child.”

The Children’s Summit has resulted in students and teachers learning a wide range of skills from coding and computational thinking to leadership and collaboration. 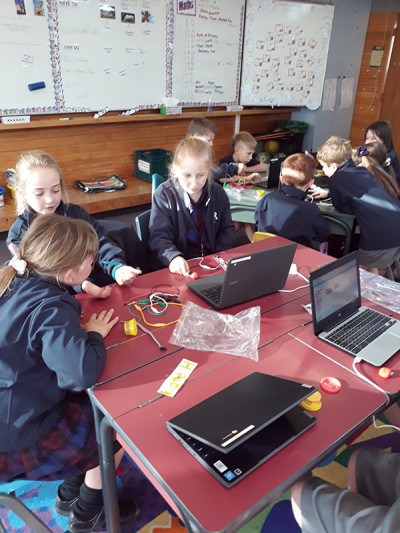 “The external advisor was saying: ‘If you haven’t failed, we’re not doing it right, you need to fail at least 20 times in here today’.

“Coding was a specific skill, problem solving was another and computational thinking was taught through the Minecraft workshop. We’ve already broken down the progress levels for the students and one is: ‘I can create simple algorithms to complete a task with or without using a digital device’,” says Annie.

Shot in the arm

The Children’s Summit has helped school staff gain confidence; and in the classroom, teachers and students are learning alongside each other more. It was planned to continue to run workshops each Friday in term 2.

“They’ve continued with whānau grouping once a week for digital technologies, and teachers are present in that space, but kids are still leading.

“This has been a real shot in the arm for digital technology at St Mary’s. Coming back from lockdown, it has been a brilliant way to bring us back together as a team and remind us: this is who we are and this is how we speak to each other, and there’s room for everybody to lead here.” 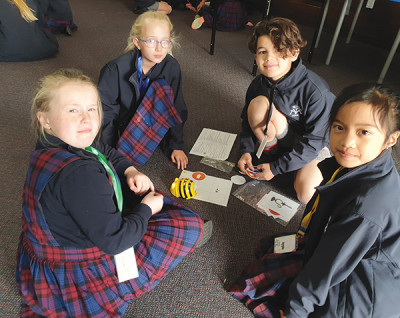 Leaders for the Bee-bot activity: Maddie, Cru and Shayla start their session with Alianne.

Students who led workshops at the Children’s Summit share their experiences. 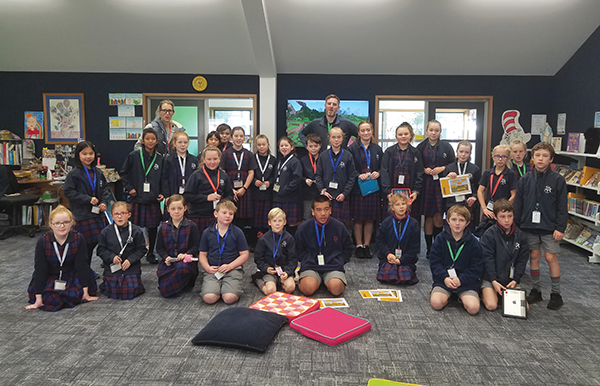 After working with facilitators and teachers in a training session, student leaders were eager to start taking the reins.