Attendance and engagement: Connecting pieces of the puzzle

Many schools in Rotorua, including Malfroy School, are doing whatever it takes to give children the best opportunities for learning – from providing transport and food, to delivering culturally responsive learning programmes, to supporting smooth transitions between schools, to engaging closely with whānau. 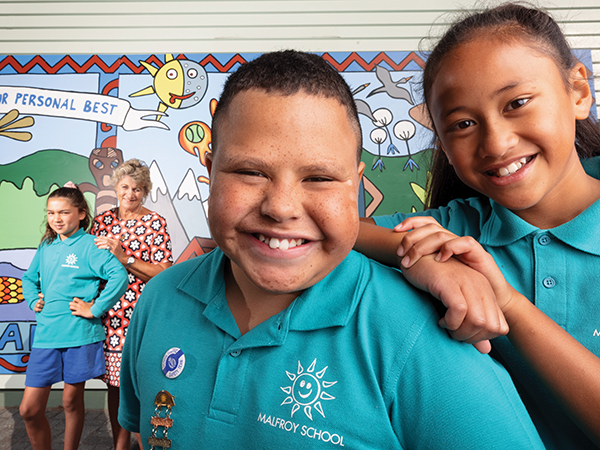 A few weeks ago, two sisters started school at Malfroy School. They had moved from Christchurch with their mum and older brother and into emergency accommodation in Rotorua. The attendance officer for the area, Tina, helped the girls get enrolled at the school.

“We had uniforms, stationery and school bags all set up for them. We put them in classes next to each other,” says principal Nicky Brell. “They’re really settled and happy. They love sports – they’ve both trialled for the netball team and I think they have been selected for next term.”

Nicky says it’s what all the schools in the area do to support children in this situation.

There are approximately 300 children living in emergency housing in Rotorua. A number attend Malfroy School, due to the school’s proximity to Fenton Street, where many of the motels used for emergency accommodation are located.

Nicky says there are a lot of factors at play. “When you look at the housing situation, the effects of last year with Covid, the circumstances of people having to go into emergency housing – unemployment, poverty – there is a lot happening.”

Poor attendance at school is often a consequence and Nicky says Rotorua schools are working together to do whatever they can to get children at school.

One of the things that can be managed and controlled is getting children to and from school each day.

Hinei Taute, principal of Whakarewarewa School and lead principal of Rotorua Central Kāhui Ako, led a successful application on behalf of three Rotorua Kāhui Ako for government funding to help transport children to and from school each day. A whole-of-government approach is being taken, with the Ministry of Education working alongside the Ministry of Social Development, Oranga Tamariki, Police, Lakes District Health Board and local council to support whānau in emergency housing. There are now five vans picking children up from emergency housing motels and bringing them to school each morning and then returning them in the afternoon. 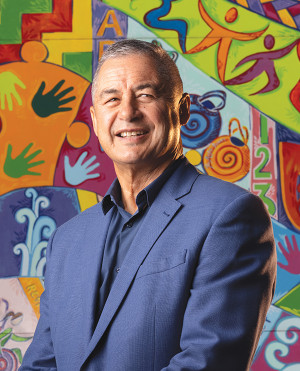 Malfroy School principal Nicky Brell says all the schools in the Rotorua community are focused on supporting children and their whānau.

“It has made a big difference in getting the kids to school,” says Nicky, “But that’s just part of the story.”

The other part of the story is the school’s culture. Nicky says their aim at Malfroy School is to create a culture and environment that is conducive to helping tamariki feel supported, settled and ready to learn.

Deputy principal and SENCO Jennie McLaren says they do whatever it takes to create this sort of culture.

“Last year our attendance stats weren’t good, and I think Covid probably had something to do with that, but we also had parents who wouldn’t send their kids to school because they had no kai to send them with.

We had parents who wouldn’t send their kids on wet days because they had no raincoats to put on. And you can’t do any learning if you haven’t got a full tummy and shoes on your feet,” she says.

So Malfroy School strives to do whatever it can to remove those barriers to attendance and engagement.

It has a range of initiatives in place, starting with programmes to feed children who might not have ready access to food at home.

Around 50 students have breakfast at school each day, thanks to the Kickstart Breakfast programme operated by the school’s support staff on a voluntary basis.

“After Covid we noticed more children were coming for breakfast so we increased the number of days we offered it,” says Jennie.

“They have Weetbix and milk, or toast on Tuesdays and Thursdays. They sit out on hall steps in the summer. It’s lovely to see the children engaging with each other.

“It sets them up for the day. They have their kai in their puku and they feel settled. Some of our parents are really struggling with the cost of food and things like that.”

The school also operates the Fruit in Schools programme and was one of the first schools in the country to trial the healthy free lunches programme. Two years on, it’s embedded into school life.

“It’s great. Our parents are very grateful. The children love it. And who wouldn’t? On Wednesday they had a hot roast chicken dinner!” says Jennie.

KidsCan provides children and their families with raincoats, shoes and head lice treatments.

They have the Social Workers in Schools service. “We call them our support workers. They work alongside the whānau if there are any concerns,” says Jennie.

“We’re very focused on student wellbeing. We care very much about the kids who come into our school.” 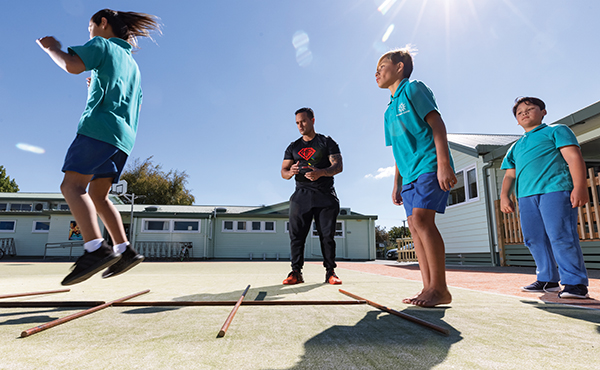 Malfroy School is aiming to address attendance and engagement through a new Hakafit programme, led by Rikihana Kingi.

On top of this, Malfroy School is trying something new to improve attendance.

With the help of the Urgent Response Fund, the school has contracted facilitator Rikihana Kingi on a part-time basis for two terms to roll out Hakafit, a new programme designed to engage students who are at risk of poor attendance and engagement, and their families.

Rikihana was already working with the school’s kapa haka group before he was approached to run Hakafit. He is keen to see how the programme can make a difference in the lives of tamariki.

Hakafit combines sport and performing arts through a te ao Māori lens. For example, an exercise involving rakanga waewae (footwork) has an emphasis on agility and dexterity, but also on its origins in traditional Māori culture. Rikihana says it’s about movement and having fun.

“We had to really think about how we could engage children who had an attendance problem and how we could get them motivated about coming to school.”

They identified students who were attending school only 70 percent of the time, and then split them into junior and senior groups.

Rikihana says it is important that the parents and whānau are involved as well.

“It’s a pilot programme, we don’t have all the answers yet, so we’re learning what’s working as we go. We’re only three weeks into the programme but we’ve already had some really good feedback.”

Consideration will be given to sustaining the programme after the initial two terms.

Getting off to a good start

Malfroy School also places a strong emphasis on transitions from early learning to new entrants, and from Year 6 to intermediate.

The Upane programme runs every Wednesday afternoon for children who are getting ready to move from their early learning centres into school. On their visits to the school, children spend time with the new entrant teacher, meet their new peers, and join the junior assembly.

There’s a focus on involving parents from the get-go. Parents have access to the newly opened Te Kākano, a purpose-built space to help support a great first year at school for both children and their whānau.

Parent Education Coordinator Shaaron Piatek says it’s about introducing parents to the culture of the school.

“A parent might not have a had a good experience of school themselves, so it’s so important to get them on board.

“It takes away a lot of the anxiety both for the parents and the children if they’re coming into an environment that they’re familiar with. It also gives us an opportunity to get to know them and identify any learning needs the child may have,” says Shaaron.

Preparing for the next step

At the other end of the school, kaiako Teina Taute says they have worked with whānau to determine a graduate profile for their children, with a focus on qualities and values rather than specific academic goals.

Over two whānau hui, they explored with parents what values they would like to see their children display by the time they’re ready to leave primary school.

“It’s simple stuff really. They want them to be happy, be proud of who they are, to be confident, to be strong in te reo Māori, to respect their friends, to want to come to school,” says Teina.

Underpinning all of this is a rich, diverse, local curriculum.

Malfroy School has two rumaki classes, where the aim is to strengthen the identities of learners through te reo and tikanga Māori.

It also has two Montessori classes, where the children are exploring a range of independent learning activities, including the creation of a bee garden and the management of catfish in Rotorua lakes.

All schools in the Kāhui Ako now have access to a localised curriculum resource based on local stories and people. Teina is part of the cultural responsiveness team for their Kāhui Ako and has played a key role in working with their local hapū to develop the resource and introducing it to the schools.

“It has been so well received,” she says. “If we bring in more cultural concepts to support children’s learning it will help with attendance and engagement.”

At the front of Malfroy School is a beautiful mural with many colourful elements, including jigsaw puzzle pieces slotting together. They aren’t merely decorative – they represent the puzzle pieces of learning, and they sit at the centre of many other aspects of school life, including learner identity, the school’s unique local context, and the importance of whānau.

The jigsaw analogy could also be used to think about attendance and engagement – there are so many different inter-connecting pieces to this particular puzzle. Malfroy School is intent on finding and connecting them all.

The school has identified attendance and engagement as key areas for development and they sit at the heart of the school’s strategic plan. But to see them off the paper and in action, to see all the pieces coming together, is promising – even in spite of the challenges they’re facing, the things outside of the school’s control.

Nicky says the two girls and their family are still in emergency housing, and he fears they may be planning to move again soon. But if the same support and aroha is shown to them at their next school, the hope is they will feel safe and happy as they continue their learning journey. 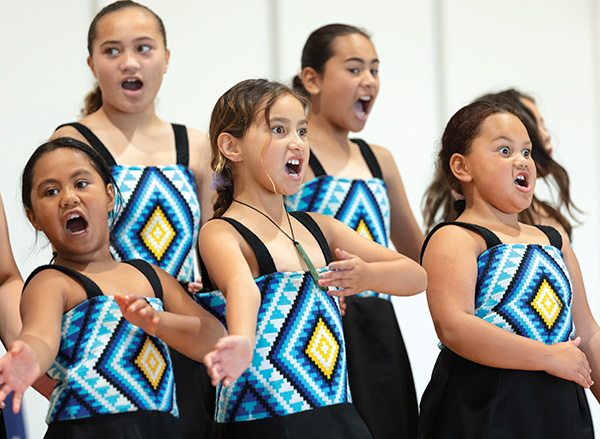 Kapa haka is an important part of school life for many children at Malfroy School.

Evolution of learning support in Aotearoa

In 1921, children and young people with disabilities in New Zealand were denied education and confined to institutions.

Evolution of learning support in Aotearoa

In 1921, children and young people with disabilities in New Zealand were denied education and confined to institutions. Read more