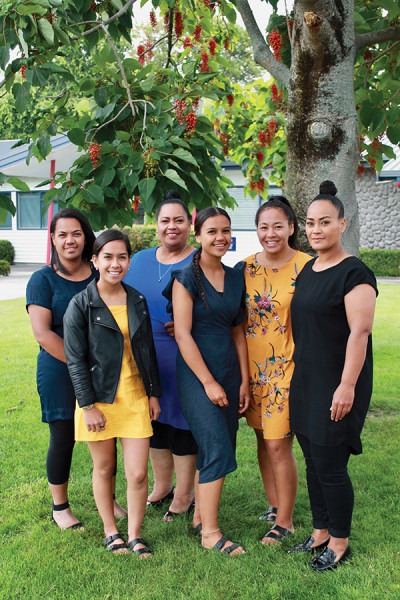 Hastings Girls’ High School and Hastings Boys’ High School were originally one school, founded in 1904 as a District High School. It then became known as Hastings High School before becoming Hastings Technical School, under the leadership of William Penlington, in 1922.

In the mid-1950s, the decision was made to split into two single-sex schools: Hastings Girls’ High School and Hastings Boys’ High School.

Current principal of Hastings Boys’ High School Rob Sturch says that although there was no reason for it, the boys’ school remained on the original site, while the girls’ school took up residence on the other side of town.

“If you look around the country, a lot of schools split at the same time; that happened in a number of provinces,” he says.

While split by location, the two schools retained many commonalities. The symbols of the huia and the ākina both remain stalwarts for the two schools.

The huia is a special bird for both Hastings Girls’ High and Hastings Boys’ High, and continues to underpin the relationship between the schools. It remains a familiar, fond memory for students both past and present.

Hastings Girls’ High School principal Catherine Bentley refers to the rich history of the symbols, which is still referenced when decisions are made about the future of the school.

“The ākina and the huia came via Ngāti Kahungunu. It was the grandfather of Ngahiwi Tomoana (current chair of Ngāti Kahungunu). It’s the symbol of rarified knowledge,” she says.

Adding to this, Rob describes the relationship between two huia bird as pertaining directly to that of the two high schools.

“The birds mated for life,” he says. “The chiefs only ever wore the huia feather – so of all the birds the huia was regarded as the chief of the forest.”

The schools also share the same song entitled ‘Ākina’, though Catherine says the song “sounds really different” when sung at the different schools. One line in the song is particularly memorable for previous students, including Fred Morley who proudly recited the line, “In later years when far away, remember the song you sing today”. 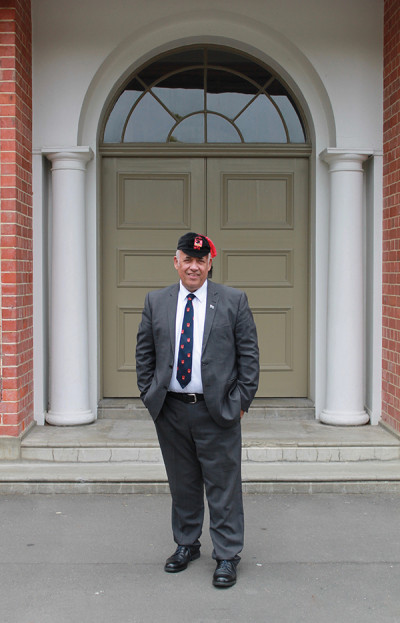 The two principals also share a special bond and understand the importance of connection between the two schools in a small town where whānau and community is paramount.

“Catherine and I chat about a lot of things education – there are common themes; it’s about catering for the unique group of students we have. It doesn’t matter if it’s girls or boys really, we all have to adjust to what suits. There is a real opportunity to share… to make sustainable classrooms,” says Rob.
After an almost 10-year hiatus, the principals have collaborated to ensure both schools can perform at a national level for cultural celebrations such as kapa haka.
“You can’t really do a national level kapa haka performance (as a single sex school) so that is a really good platform. The girls who are performing, their brothers are also performing – that’s the whānau connection,” says Catherine.

Collectively, the schools have also participated in Kī-o-rahi at a national level, as well as joining forces for school productions, including the most recent iteration of Hairspray in 2019, while the student leaders meet regularly throughout the year.

The schools both pride themselves on celebrating diversity and ensuring they acknowledge and support the vast and varied rangatahi who walk through the gates each day.

“Rob surged ahead first, offering Samoan as a subject, and we have followed suit and been highly successful. We can bounce off each other. Although we are different, we are talking about the same community.” 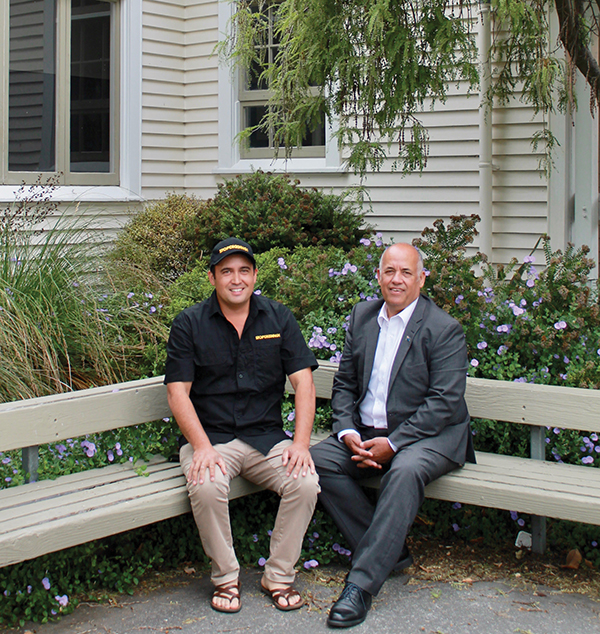 Past and present students agree. Former student Brenda Wainohu, whose daughters and granddaughters have all attended (or still attend) Hastings Girls’ High School, praises the fact that the school is responsive to the different needs of the young women.

“Hastings Girls’ High School caters to all socioeconomic groups, all cultures and their needs,” she says.

She adds that the school has provided her granddaughters with the opportunity to compete and be celebrated at a national level through both sporting and cultural tournaments.

But things at Hastings Boys’ High School are very different from how they were in the early 1900s.

“Any school, looking back 50-plus years, was always based around the traditional education system – that’s very much changed now,” says Rob.

“What has really improved also is what constitutes learning and knowledge. Before, it was a three-hour exam and now there are a multitude of ways. Kapa haka and performing arts would never have been considered knowledge 50 years ago – we have really come a long way,” he adds.

Looking to the future

Moving forward, both schools want to build on their inclusivity, and continue to be responsive to the needs of their students, their whānau and the wider community.

“We can’t build a local place-based curriculum on what is a colonial system. What we will aim to do first is break down the systemic racism that has come from a colonial system,” says Catherine.

“Then add the layers alongside the local iwi. We start there and we start with ‘our girl’ and build on her identity and that place of belonging, then we can start creating a really rich and vibrant curriculum around her.

“How do we build a curriculum to give all girls the same opportunities, regardless of background, culture, beliefs?
It’s about equity.”

Rob agrees that the schools share this sentiment of equity. Ensuring the ever-changing needs of the students at Hastings Boys’ High School are met remains at the heart of any future-focussed decisions.

“The whole education landscape is really changing. With the new changes to NCEA, there are a huge number of things we need to get our head around,” he says.

“That’s going to be a real challenge for us – to keep pace and make sure we provide something really meaningful for our boys.

“We have a significant trades programme running at school and the new NCEA structure recognises that vocational pathway so that’s really positive. It’s supplying something that the students will need – be it a plumber, a doctor or a lawyer – it’s about being responsive for your needs.”

Whanganui Collegiate School is one of New Zealand’s earliest secondary schools and teachers and students alike are proud of its unique traditions and heritage.

Whanganui Collegiate School is one of New Zealand’s earliest secondary schools and teachers and students alike are proud of its unique traditions and heritage. Read more