Wellbeing and safety in tertiary education

Ethnic and Muslim communities in Christchurch have had a chance to have a say on the wellbeing and safety of tertiary learners.

“Our research tells us that learners succeed best when their wellbeing and safety is considered by education providers. And the Government’s Tertiary Education Strategy (TES) asks that all tertiary institutions operate places of learning that are safe, inclusive and free from racism, discrimination and bullying,” says Andy Jackson, deputy secretary for Te Ara Kaimanawa.

“The wellbeing and safety of tertiary and international learners is a shared responsibility between government, tertiary education providers, learners, whānau and the wider community,” says Andy. 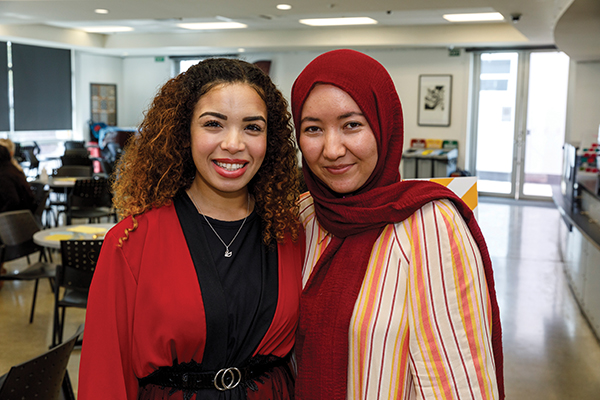 This collaboration was evident at the meeting in Christchurch, held at the end of March this year. Te Ara Kaimanawa worked with a steering group of four leaders from the Christchurch ethnic and Muslim community –Suhayla Asghari, Sadra Sultani, Manar Ibrahim, and Dr  Mazharuddin Syed Ahmed, with support from Mastura AbdRahman from the Christchurch regional office – to design the event.

The purpose of the meeting was to explore what members of ethnic and Muslim communities in Christchurch need so that learners have an effective, culturally responsive and equitable system of supports to have their wellbeing and safety looked after by tertiary organisations.

Around 70 people attended the meeting, including parents and young people from a range of backgrounds. While some were born in New Zealand, others came as migrants, but all were voicing their opinions as New Zealand citizens, not just as learners in the system. The discussions referred to lived experiences and were solution focussed.

Some interesting insights emerged from discussions at the meeting as well as suggested actions to improve the issues in tertiary education.

Some spoke of micro-aggressions they face in learning environments and teachers’ unconscious bias. One participant gave the example of a teacher who made the assumption that a learner with an Arabic name didn’t understand English, although he had lived in New Zealand his entire life.

Participants spoke about the need to acknowledge the major Muslim events during the exam period and the need for more culturally responsive services in tertiary accommodation, taking into consideration faith, safety, gender, food and cultural needs.

An insight that was emphasised by a few participants was the need for representation at different levels in university such as having people from ethnic and interfaith backgrounds as student advisors who can relate to them and understand them better.

It was recommended that tertiary provider training should include an emphasis on culturally responsive practices.

New Zealand tertiary education organisations are expected to become increasingly diverse in the next five years.

“The education system wasn’t designed for people like me,” said steering group member and recent graduate Sadra Sultani. “We have a responsibility to ensure that lessons are learned so that the next generations don’t have to go through the experiences of others.”

People want to be included as organisations adapt to this change.

“We want to be contacted and consulted if there are issues that we can help with – it shows the respect for us and our culture,” said one participant. 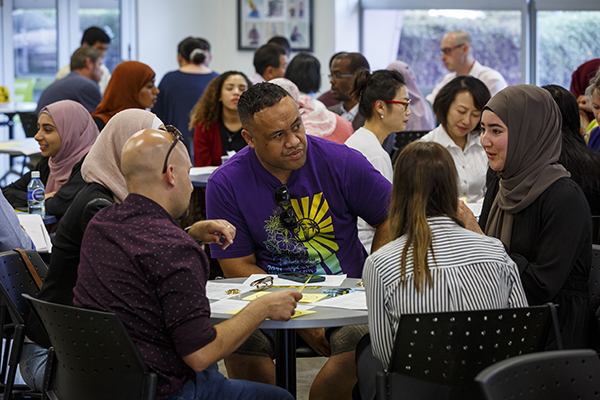 Diverse members of the Muslim community in Christchurch share ideas for wellbeing in tertiary education.

Participants agreed there is a need to encourage diversity and acceptance earlier on at school. One participant noted that different ethnic students hang out together and don’t mix with others and are missing out on others’ points of view.

Another insight was that spirituality is an important part of mental and physical health. The health and physical education curriculum is a good opportunity to explore Te Whare Tapa Whā model, to help students understand that wairua and spirituality are components of a person’s health and wellbeing.

Participants also said there is a need to relook at education for parents of migrant and refugee background students, to help them feel more involved in their children’s education from an early stage.

“Māori values are very well respected here now, but when many of the parents in our community arrived years ago, there was a massive gap in tikanga Māori. Parents didn’t learn why Te Tiriti and Māori values are so important but they want to learn about it,” said Dr Syed Ahmed. “Understanding the Treaty shows how we fit into the Crown’s responsibilities. Without that knowledge we never felt that sense of being part of the New Zealand identity.”

The meeting helped build a better understanding about what is needed to support ethnic and Muslim learners’ wellbeing and safety.

Imam Gamal Fouda from the Masjiid Al Noor Mosque said, “The Ministry of Education is one of the two backbones of peace in our country, New Zealand. Media and education shape people’s minds. It’s easy to change the law sometimes, but the most important thing is changing minds, not laws.”

Agencies and providers hope to work with their communities to develop an action plan to help build more culturally responsive practices into the tertiary education and secondary sectors.

Ākonga, parents and whānau, educators and communities can have a say on a code for tertiary learner safety and wellbeing and a new dispute resolution scheme until 21 May 2021 on the Kōrero Mātauranga website: Te oranga me te haumaru ākonga | Learner wellbeing and safety(external link).