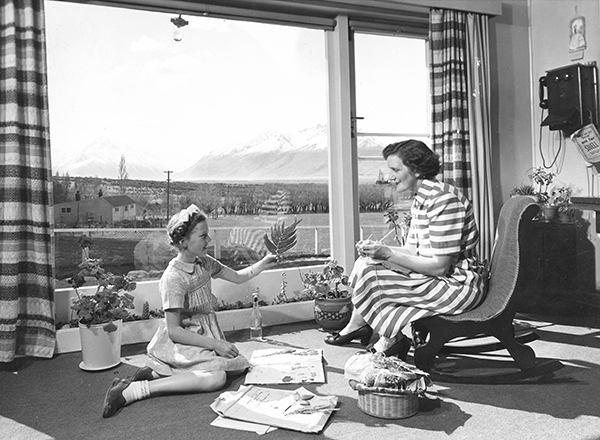 (Te Kura) has a unique place in the country’s educational and social history.

Te Kura has been an education lifeline for many communities in its 100-year history. In 1922, The Correspondence School was established to provide lessons to approximately 100 isolated primary school children scattered throughout New Zealand.

Today, just 500 out of a total 23,000 pupils live in remote locations like Arapawa Island in the Marlborough Sounds and the Chatham Islands.

Te Kura’s transformation over the past 100 years has taken it from The Correspondence School, largely responsible for the education of students in remote locations, to Te Kura, an online distance educator, where half the roll is ākonga Māori, and many full-time students are considered to be at risk of disengaging from education.

A rich collection of taonga, including film, photographs and letters between teachers and pupils, brings Te Kura’s history to life. 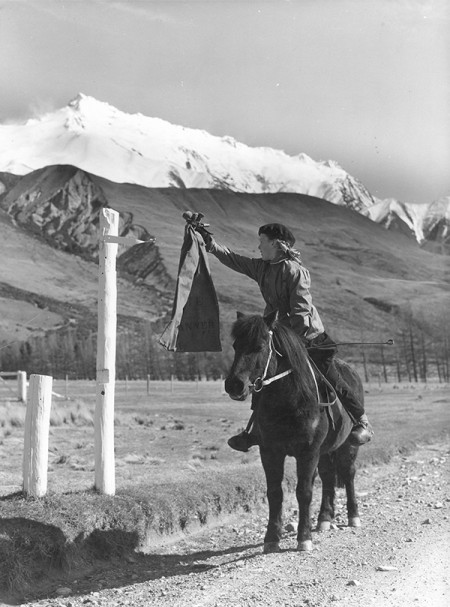 Kathryn Stirling collecting the mailbag at her remote home near Aoraki Mount Cook.

From the beginning, the relationship between teachers and their pupils was integral. Based in an office in Government Buildings in Wellington, the school’s first teacher, Miss Janet MacKenzie, had the task of single-handedly guiding the school through its first year in 1922. At 45, she had a wide and varied teaching background, with experience in country schools.

Speaking 30 years later, Janet recalled that in the early days the pupils had very little help compared with what would later become available.

“Plenty of difficulties you see, and too much that was dull, both for the pupils and for their mothers. But how they worked, those girls and boys and mothers! By the end of the first year, they had shown that children could learn, and could make satisfactory progress, through lessons by post.”

Demand for the service exceeded expectations and by the end of 1922, Janet had enrolled the first 347 students and a second teacher was employed towards the end of the year. In 1923 the first headmaster was appointed.

Through the decades, teachers would pay an annual visit to their pupils. They might hitch a ride with local grocers, row across estuaries, ford streams or drive across remote country roads.

A 1957 nostalgia-drenched film A Letter to the Teacher(external link) shows The Correspondence School ‘in action’ with footage of the staff in Wellington and the teaching role of the parent – usually the mother – and a visit to a remote family by a teacher. The film was shown in theatres throughout the country and nominated for inclusion in the Berlin Film Festival.

Letters were an important lifeline and Janet MacKenzie was no doubt thrilled to receive a tribute from a grateful parent: ‘Thank you very much for your kind interest in my girlie. I was beginning to despair of her ever doing anything with her lessons, as she never seemed to take the slightest interest in them. Then your letter came and did more than I ever could. The tears were very near the surface when she finished reading it… it is really wonderful how the correspondence scheme has taken on, and it certainly fills a long-felt want, as education has been the one great drawback in the backblocks.” 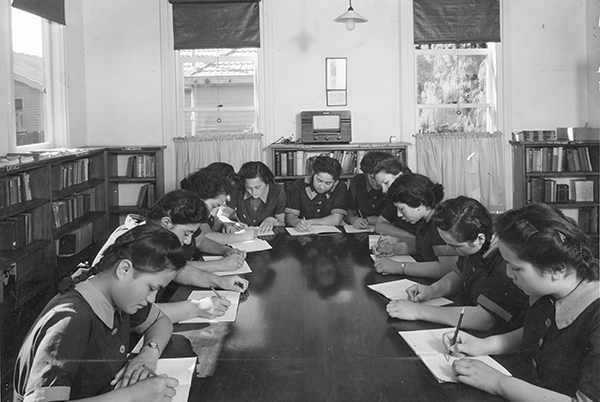 In 1939, the assistant director of education, Dr Clarence Beeby, reported that his department was continually receiving enquiries for information about the running of The Correspondence School from all parts of the world.

“Only a few weeks ago the department had an enquiry from Finland. The authorities there were investigating the question of establishing a correspondence school for refugee children from Spain,” he said.

The familiar upbeat music that prefaced Correspondence School radio programmes played in remote homes and schools up and down the country introduced a 1992 programme about the 1947/8s polio pandemic.

Various former students and teachers shared recollections of the school closures during the 1948 polio epidemic and the institution of The Correspondence School curriculum(external link). Several students recalled Correspondence School homework, their isolation from school and friends and the extended school holidays.

The school had also played a role during an earlier polio epidemic and two serious outbreaks of influenza.

A 1956 film about The Correspondence School(external link) featured a range of adult students who studied with the school, including public service employees, residents of Pacific Island nations, new migrants and prisoners.

Books and supplies were dispatched from a warehouse in Petone.

“There were ‘pickers’ who would scan a book and send it out, also science equipment, art supplies etc,” says Te Kura chief executive, Mike Hollings.

“We would send out pigs’ ears and clippers for agriculture courses. Often the clippers wouldn’t be returned, or less expensive ones returned from the farm. Beautiful woodwork sets with hammers, nails and saws were also sent out,” he remembers. 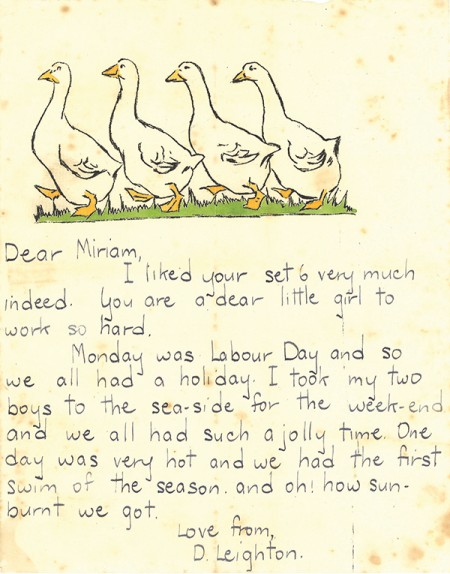 Letters to younger students helped to build close relationships with their teachers.

For almost 80 years the school stood firm; confident in its purpose and boosted by the sure knowledge that exam results showed its students were not disadvantaged.

However, the winds of educational change – the Tomorrow’s Schools reforms, along with upheaval in New Zealand’s economic fortunes – brought worrying times for the school, with a dwindling number of children living in isolated areas, and a significant drop in national exam pass rates, largely due to the enrolment of increasing numbers of disaffected students.

In 2004, the Government described the school as
“an 80-year-old New Zealand icon”, but said it was time to explore repositioning the school, so it more effectively met the needs of students in the 21st century. At that time the school provided distance education at early childhood, primary and secondary level to more than 20,000 students, about half of whom were also enrolled at other institutions.

Today, Te Kura is regionalised with learning advisors and teachers grouped into five regional teams and offices throughout Aotearoa. Te Ara Pounamu, Te Kura’s curriculum, provides better individual support, flexible real-world learning based on a student’s interests, passions and potential, and the ability to learn where and when they like.

Mike Hollings says that from the beginning The Correspondence School has been at the forefront of different forms of remote learning from postal to audio, including having its own broadcasting suite up until the 1990s, and now through a digital environment.

In 2011, Te Kura stepped into the breach when a magnitude 6.3 earthquake struck the Canterbury region on 22 February. For the first time, Te Kura made many learning resources available online and sent thousands of booklets to learning hubs in Christchurch, which enabled students to continue their schooling. 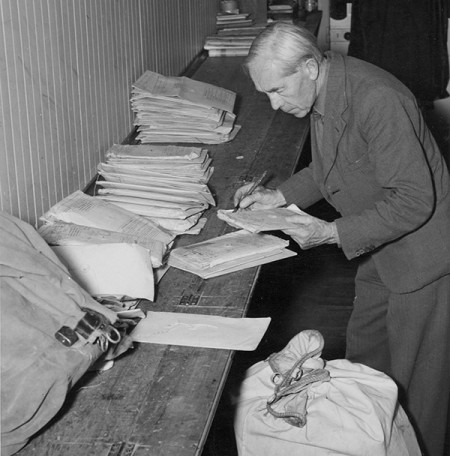 The school in Wellington was a hive of activity, with a large number of support staff in charge of dispatching lessons and resources, such as science equipment and woodwork sets.

In September 2020, Cabinet approved funding of up to $2.7 million for the Ministry of Education to expand existing Te Kura services to Auckland NCEA students during Covid-19 Level 4 lockdowns, and during the most recent lockdown in 2021, a new emergency enrolment gateway was created to support students affected by the Covid-19 disruptions.

Te Kura has also run its Summer School for the past seven years to help students who require a few NCEA credits to progress to further study, training or employment.

The Matukituki River and a 50-kilometre-long gravel road to Wanaka imposed some isolation for the Aspinall family. But today, the family home has been relocated and the latest generation of the family attend school in Wanaka due to improved roading and transport.

Amy, who married the first farming Aspinall, Jack, supervised her children’s correspondence education and early examples of their work appeared in the school’s annual magazine, The Postman, in the 1920s.

Her daughter-in-law, Phyllis Aspinall, supervised her four children’s education during the 1960s and 70s. Her commitment to The Correspondence School included many years as a member of the Parents’ Association. 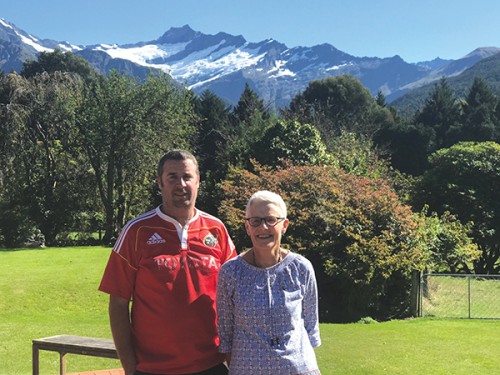 Phyllis’s daughter-in-law, Sue, who married her oldest son, John, also came to terms with the difficulties of high-country living. A trained teacher, she supervised her three children’s education for 14 years. She says she knew only a little about The Correspondence School at that time.

“Generally, I thought it was a wonderful institution for distance families – although I had no idea what that ‘distance’ meant before I married John!”

Sue says it was really special when the school’s teachers were able to visit them at Mt Aspiring, although the visits were not always without incident.

“In 1988, the teacher came to visit us with an inspector. We’d had rain nearly every day that October and there had been a slip in the lagoon. John went down to meet them, and the teacher and the inspector had to walk through. They were in their Wellington clothes but they took it in good heart. I gave them lunch and we got on with the day and I remember they spent quite a bit of time with the kids,” remembers Sue.

Sue’s son, Randall Aspinall, was a student from 1986-1993. His experience of distance education differs from that of his father’s generation.

“My sisters, Catie and Rachal, and I are the third generation in the family to do correspondence. We had it much easier than my father and his father. When they were school age, the house was on the other side of the river and it was much more difficult to get into town,” recalls Randall.

“It was very flexible doing correspondence – I remember doing some of the work out on the farm. I think the flexibility of it became ingrained and must have helped towards how I feel today that if you get stuck in and get things done you get rewarded.

“Mum was a trained teacher and we did our lessons from 8am-12am every day. If you worked really hard and did all your work in three days, you would have time to yourself for the rest of the week – that was the best part.

Faced with challenging behaviours and a dramatic dip in attendance levels after Covid-19, Tāneatua School turned to its community

A five-day environmental education programme gives teachers the knowledge, contacts and inspiration to lead kaitiakitanga in their schools and kura.

Faced with challenging behaviours and a dramatic dip in attendance levels after Covid-19, Tāneatua School turned to its community Read more

A five-day environmental education programme gives teachers the knowledge, contacts and inspiration to lead kaitiakitanga in their schools and kura.   Read more