Recipients of the inaugural Tulī Takes Flight Scholarship contribute to a new dawn for Aotearoa Pacific communities during the first anniversary commemoration ceremony of the Government’s Dawn Raids apology. 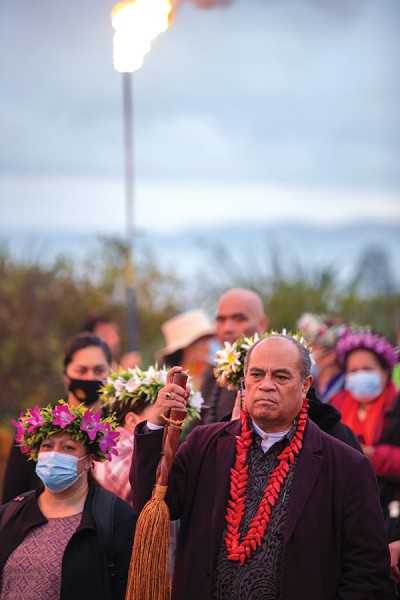 On 27 August, in the stillness of the early hours of dawn, Pacific communities and leaders gathered at Ōrākei Marae in central Auckland to commemorate the one-year anniversary of the Government’s Dawn Raids apology.

The ceremony began with a remembrance and reflection segment which included a hīkoi and pōwhiri onto Ōrākei Marae.

More than four decades on from the events of the Dawn Raids in the 1970s, Associate Minister of Education (Pacific Peoples) and Minister for Pacific Peoples, Hon Aupito William Sio, spoke of the importance of acknowledging the past in order to move forward.

“This event not only commemorates the one year anniversary of the Dawn Raids apology, but also symbolises the past, present and future journey of Pacific in Aotearoa,” says Aupito William Sio.

“Fifty years on, from what will forever be a hurtful chapter in Pacific people’s story, we continue to honour the foundations of Pacific Aotearoa with love and respect.” 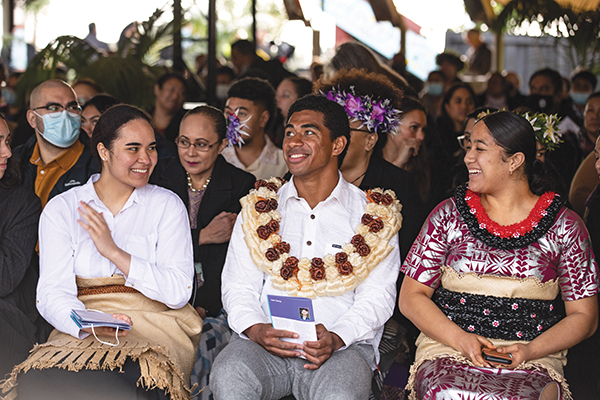 Looking towards a brighter future

The conclusion of the ceremony focused on the theme of “Looking to the future” – a poignant centre piece of which was the presentation of the inaugural Tulī Takes Flight Scholarship awards.

The Tulī Takes Flight (Tulī) Scholarship is part of the gesture of goodwill and reconciliation to Aotearoa Pacific families and communities that followed the Government’s 2021 apology. The Tulī scholarships are worth $10,000 to $30,000 and depending on the scholarship category, recipients can receive funding for up to 3 years of study.

Tulī, the bird also known as the Kūaka and the Godwit, flies 11,000 kilometres non-stop from Alaska to Aotearoa and back again – one of the greatest journeys of any living creature. The determination of the Tulī is symbolic of the Pacific Aotearoa narratives, of resilient people with the aspirations and determination to succeed. 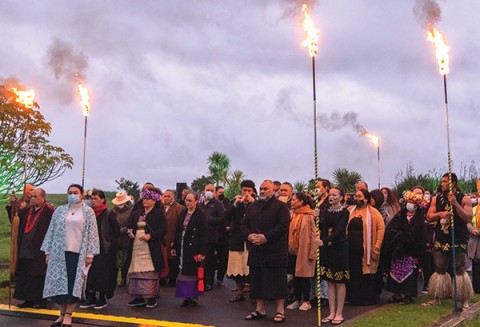 Fire bearers help guide the ceremony attendees during the hīkoi held at dawn.

Lopeti Lafo’ou Lusa, a medical student at the University of Otago and a recipient of a Tulī Takes Flight Scholarship, said the awards ceremony was a celebration of the future as much as it was an acknowledgement of the past.

“Being a recipient for this award means that I have a duty and responsibility to all who this award represents. I think of the unfulfilled dreams and aspirations of our Pasifika people, who were subjected to the relentless prejudice and discrimination during the Dawn Raids. There is a call to action for restorative justice, and I am obligated to continue contesting such inequities, in every space that I occupy,” says Lopeti.

Ella Rooney, a law student at Otago University, and Michael Taylor, an engineering student at the University of Canterbury, continue Lopeti’ s sentiment as they reflect on the opportunities, like these scholarships, afforded to them by past generations.

“My grandparents were heavily involved in negotiations at the time of the Dawn Raids. Knowing that their hard work has, by consequence, allowed me (and many other Pasifika) the benefit of vast opportunity is incredibly humbling. It goes without saying that I am beyond grateful to be a recipient of the Tulī Takes Flight Scholarship,” says Ella.

“It’s a very special award. It represents how we should learn from our past but also how we should be optimistic for our future. I’m pursuing a career in science and technology. I believe it’s a step towards shining a light on the potential for Pasifika students to pursue degrees,” says  Michael.

“It was a very traumatic event for our ancestors in the past, a lot of hurt and pain still lingering today, but with these awards hopefully you know it’s a step towards making amends and letting us be optimistic for the future of Pasifika people.” 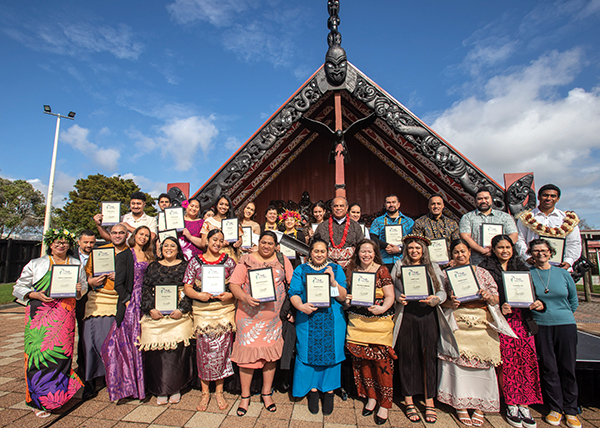 The inaugural recipients of the Tulī Takes Flight Scholarships snap a photo with Hon Aupito William Sio and Ministry of Education Secretary for Education, Iona Holsted.

Applications for the 2023 scholarships will open 17 October and close 14 November 2022.

There will be 15 scholarships available for study in 2023.

For more information and to see the full list of 2022 Tulī Scholarship recipients, visit education.govt.nz/further-education(external link).