The Government’s new action plans to strengthen literacy and maths teaching are focused on clarity and celebrating whakapapa. 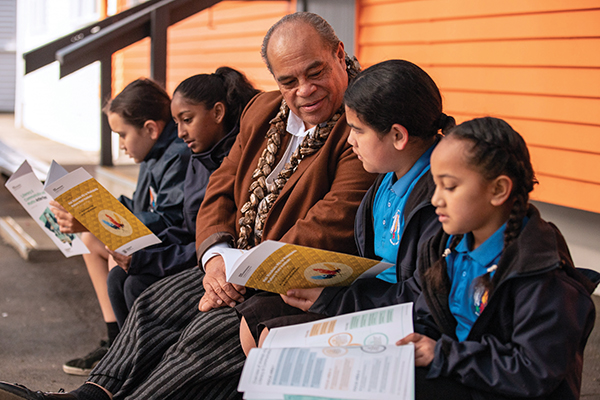 heritage. From left: Liam, Aleha, Chanelle, and Evelyn. All the children said they love going to school, and Chanelle and Evelyn both want to be teachers “because they are so nice”.

It was a chilly August morning, and the children were sitting outside. Backs straight, arms folded and eyes wide, the ākonga of Māngere East Primary School were ready for an auspicious visit from Government ministers.

And while they may not have been able to understand the intricacies of action plans being launched, it was clear ngā tamariki grasped the gravity of the occasion, and that important people were very keen for them to do well in school and life. 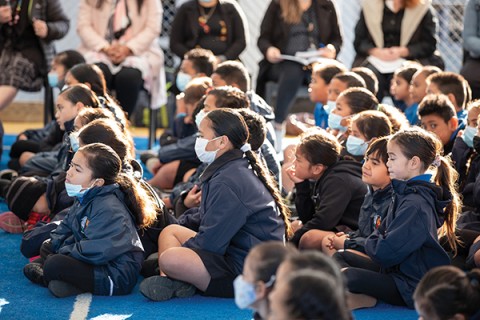 “You are what I call generation 6B, people who are proudly brown, beautiful, brainy, bilingual, bicultural and bold," Minister Sio told ākonga.

They were a source of inspiration, Aupito William Sio, Minister for Pacific Peoples, told them.

“I tell my colleagues constantly that Māngere – and where all our Māori and Pacific people are – you are the future of New Zealand,” he said. “You are what I call generation 6B, people who are proudly brown, beautiful, brainy, bilingual, bicultural and bold.”

For a start, they had enviable language skills. When asked who could speak two languages, most ākonga raised their hands, and a quarter of the students indicated they were trilingual, skills that some people spent a lifetime trying to achieve, he said.

The majority of ākonga at Māngere East School, 74 percent, are of Pacific descent, and a further 20 percent are Māori.

Minister Sio also spoke to ākonga about the importance of knowing their whakapapa.

“You need to be able to tell the stories of your ancestors; how they were able to navigate the vast Pacific Ocean, measuring where the sun is from day to day. All those things begin with mathematics, with reading, with writing, because that’s how you will tell our stories.”

He said the Government was focused on empowering teachers who recognised the culturally specific needs of a diverse generation of Kiwis.

Associate Education Minister Jan Tinetti said the education sector had been “crying out” for a common practice model for teaching literacy and numeracy as they were being taught differently between schools, and even within schools. 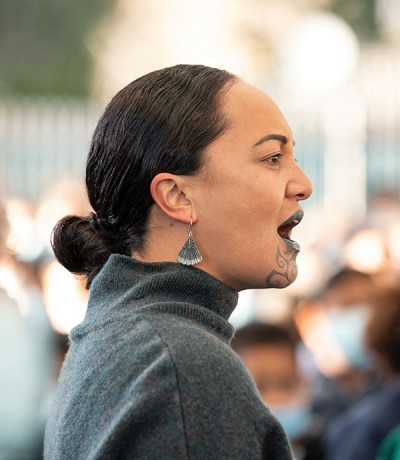 However, that did not mean all kaiako had to do the same thing, she later explained to the adults. The model would have the same underlying principles, but would allow for different flavours, she said.

“It’s really important that we didn’t say, ‘This is what you must do’, because actually, that’s what was wrong with National Standards, it just didn’t work.

“It means we are going to have consistency of teaching of literacy and mathematics across the country. The subtle differences are that it still allows for that uniqueness to come through.”

The minister said that the Better Start Literacy Approach for New Entrant teachers was an example of the pathway being adopted, of what is already happening.

The Better Start Literacy Approach was developed in Aotearoa for literacy teaching in Years 0 and 1 and uses an explicit approach to teaching reading and writing. It follows a phonics scope and sequence that is used in class and structured small group reading.

The Ministry will be working with experts for the rest of the year on a draft common practice model, then consult with the education sector during the first half of next year. The model will be evidence-based.

“We are releasing this as a draft as we want to refine this draft through consultation and wānanga. The strategy’s focus is about addressing equity and lifting achievement because the way things are is not working well for all learners and we are trying to make it work better.” 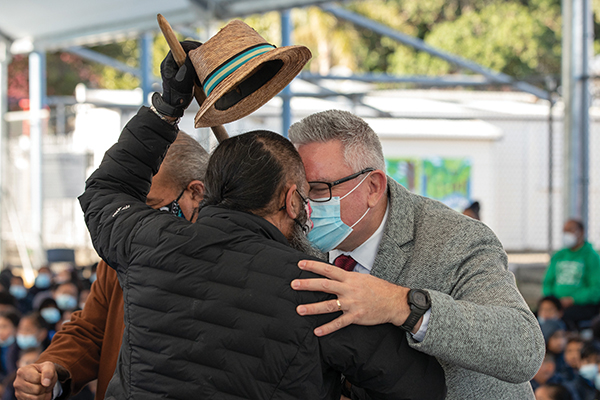 Minister Kelvin Davis is welcomed to the school.

Te Rākau Theatre Marae is currently working with the Ōtaki community and Ōtaki College to reinvigorate teachings on Māori history, bringing the past into the fu

Te Rākau Theatre Marae is currently working with the Ōtaki community and Ōtaki College to reinvigorate teachings on Māori history, bringing the past into the fu Read more