How much do you know about Aotearoa New Zealand's histories? Test your knowledge with our quiz! 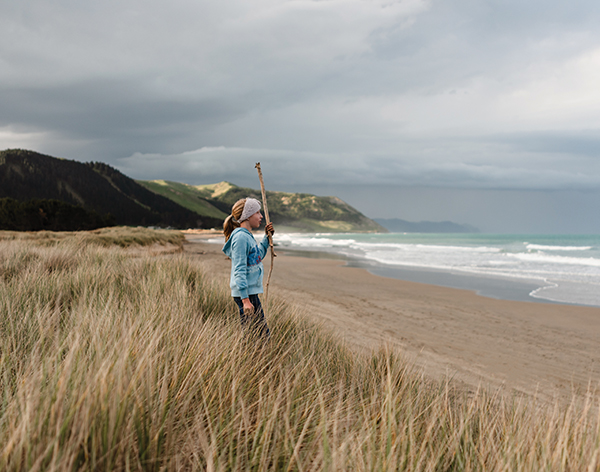 1. What tools did the first Polynesians who discovered Aotearoa New Zealand use to navigate with?

2. Who was the first trans member of parliament?

3. When was the Marriage Equality Bill passed?

4. What is Jean Batten best known for?

5. Who was the first woman in New Zealand to gain a university degree

6. When was the Rainbow Warrior bombed?

7. What year was the ‘infamous’ Springbok Tour?

9. What was significant about Hinewehi Mohi singing the National Anthem at the Rugby World Cup in 1999

11. What do Anna Paquin and Keisha Castle-Hughes share in common?

12. What bird thought to be extinct was found in a southern mountain range in the late 1940s?

13. What Aotearoa New Zealand river became a legal person in 2017?

14. What New Zealander received the Nobel Prize in Chemistry in 1908

15. When Mt Tarawera erupted in 1886 what tourist attraction, known as the eigth wonder of the world, was thought to be destroyed or submerged

16. What country was administered by New Zealand until its independence in 1962? 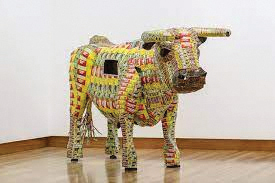 18. What petition, instigated by the Te Reo Māori Society and Ngā Tamatoa, was presented to Parliament in 1972? 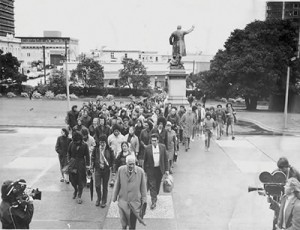 19. What is this tool for and what is it called? 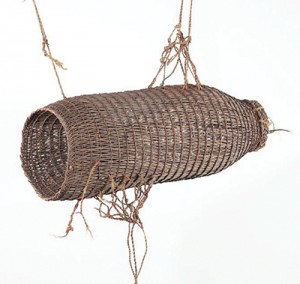 1. Traditional Polynesian navigators positioned themselves mainly by the stars, using what’s called a ‘star compass’. The ability to read the night sky is a great skill. A star compass is used to help memorise the rising and setting points of the brightest and most distinctive stars and planets to set direction. They also used currents, the moon and the sun.

2. Georgina Beyer was elected in 1999 as the world’s first openly trans MP.

3. 2013 – New Zealand was the first country in the Asia-Pacific region to same-sex marriage.

4. In 1936 Jean Batten became the first woman to make a direct solo flight from England to New Zealand, making a record solo flight time in the process between England and Australia.

5. Kate Edger graduated with a BA in Latin and Mathematics from the University of New Zealand in 1877. She was the first woman in the British Empire to earn a BA.

6. The Rainbow Warrior was bombed while it was docked in Auckland on its way to protest against French nuclear testing at Mururoa Atoll, near Tahiti, in 1985.

8. Snell broke at least six world records. One of the highlights of his athletic career was being part of the winning 4 x 1 mile relay race in Dublin in 1961.

10. Ngoi Pēwhairangi and Dalvanius Prime wrote Poi E, which the Pātea Māori Club made famous. It was important as the first waiata sung solely in te reo, to be played on radio.

12. Takahē were rediscovered by Geoffrey Orbell in November 1948, in Fiordland’s remote Murchison Mountains.

13. In March 2017, the Whanganui River became the world’s second natural resource (after  Te Urewera) to be given its own legal identity, with the rights, duties and liabilities of a legal person. The Whanganui Treaty settlement brought the longest-running litigation in New Zealand history to an end.

14. Ernest Rutherford won the Nobel Prize for postulating the nuclear structure of the atom, discovering alpha and beta rays, and proposing the laws of radioactive decay.

15. The pink and white terraces.

18. Te reo Māori petition, asking for active recognition of te reo Māori as well as supporting the teaching of te reo and culture in schools.