Three of the 2020 recipients of the Prime Minister’s Vocational Excellence Award (PMVEA) share their inspiring success stories and what receiving the Award meant for them. 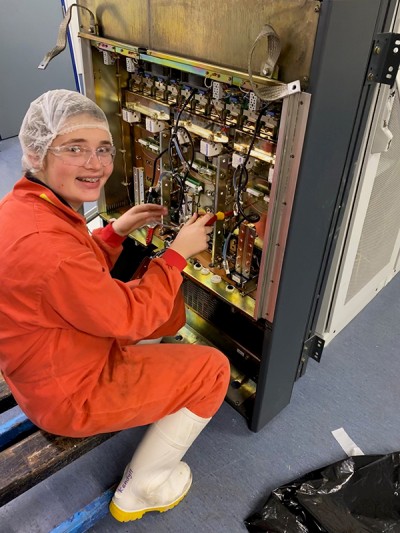 As a child, Kendyll Blissett liked to pull apart her electronic toys to see how they worked. This preference for ‘practical stuff’ led her to enrol in a vocational programme last year while working towards NCEA Level 2 as a Year 12 student at Hamilton Girls’ High School.

During her participation in the Construction and Infrastructure course at Wintec’s Waikato Trades Academy programme, she was exposed to plumbing, gas fitting, carpentry, building, and electrical work. By the end of the 18-week programme, she realised her passion lay in working with electrical systems and set her sights on gaining an apprenticeship.

“To gain work experience, Kendyll rang a number of electricians and one of them took her under his wing,” says Jan Cooke, Pathways Coordinator at Hamilton Girls’ High School.

“She dealt with dirt, mice and cobwebs while learning to do electrical work and she loved it.

“She was passionate about learning to become an electrician, showed initiative in researching the trade, and applied herself to achieving her goal. That was why I nominated her [for the PMVEA],” says Jan.

Launched in 2019, the PMVEA seeks to celebrate students who demonstrate vocational excellence and to raise the status of vocational education. One Year 12 or Year 13 student per state school or, state-integrated school, or wharekura is eligible to receive the award. Recipients receive a $2,000 prize and a certificate.

With work experience and a prestigious award on her CV, plus an unwavering sense of determination, 17-year-old Kendyll powered through 149 other applicants to land a coveted apprenticeship as an electrician at dairy giant Fonterra’s Lichfield site in January.

The youngest and only female member of a team of 26 electricians and maintenance fitters, Kendyll says receiving the PMVEA gave her confidence and the boost to pursue her chosen pathway.

“I may still go to university and study electrical engineering. But for now, I enjoy learning and earning at the same time,” she says.

Like Kendyll, Amelia Verrall’s journey towards her chosen pathway started with the vocational programme at secondary school.

“I’ve been interested in aviation since my intermediate years but I thought it was impossible because I struggled with maths,” says the former student of Nelson College for Girls.

“However, I also believe that if you set your heart on something, you can do it. The Gateway programme gave me early exposure to the aviation industry and cemented my determination to turn my dream into reality.”

In Year 12, Amelia completed introductory lessons in flying a Cessna 172 Skyhawk at the Nelson Aero Club. In Year 13, she attended a couple of lectures at Nelson Aviation College in Motueka and was one of 20 girls from across New Zealand and the South Pacific who were selected to take part in the School to Skies programme,
a Tech and Aviation Camp run by the Royal New Zealand Air Force.

Impressed with her tenacity, passion and hard work, two of Amelia’s teachers nominated her for the PMVEA last year.

“Receiving the award made me step back and acknowledge the work I’ve put in to achieve my goals,” she says.

“Someday, I’d like to fly for Air New Zealand and this recognition – through PMVEA – pushed me towards my dream even more.”

Amelia put half of the $2,000 prize towards her tuition fees at the International Aviation Academy of New Zealand, where she is currently studying towards a Level 5 diploma in aviation. The rest helped cover her living expenses when she moved to Christchurch early this year. 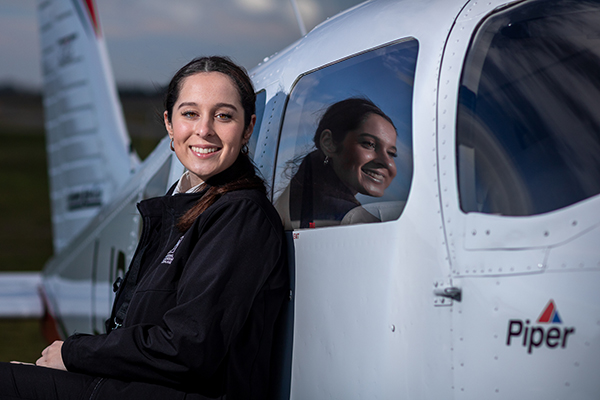 Max “in a class of his own”

Like other recipients of the PMVEA, Max Loh has skill, dedication and passion in spades, says Angie Thomson, head of food technology at Botany Downs Secondary College.

“This kid is really something. He went above and beyond doing classroom stuff and showed a lot of promise. I have no doubt he will go on to own a famous restaurant someday.”

While most kids in the Food Technology class are foodies, Angie says Max was in a class of his own.

“As part of final assessments, I asked the students to bake two batches of cream puffs. Max blew everyone away; he showed up in classic chef’s whites and listened to classical music while baking the cream puffs. And the quality of his food was far superior to everyone else’s.

“He lives and breathes the food industry, as you can see in his YouTube channel and Instagram feed, and is committed to pursuing this as a career,” says Angie.

Not even Covid could dampen Max’s drive to excel. During last year’s lockdown, he won the National Secondary School Culinary Challenge online competition for two weeks in a row.

“I’ve always dreamed of studying at Le Cordon Bleu. I’ve had tremendous accomplishments and shown passion in my work, which showed my parents what I am capable of. They told me this is just the beginning of a bright future.”

“Being recognised through the PMVEA gave me added inspiration and drive to pursue this pathway. My advice to other students is – find your passion and pursue it.” 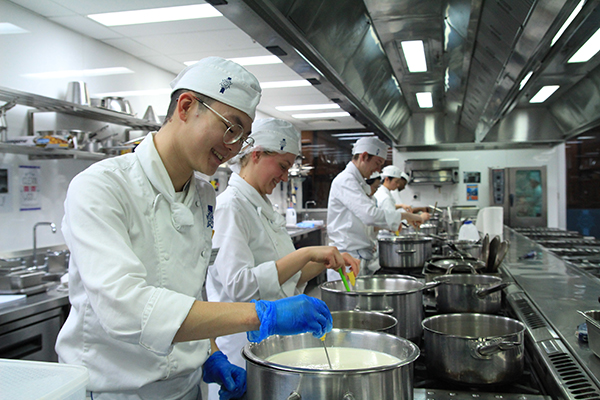 For nomination forms and more information, go to pmvea.education.govt.nz.
Nominations for 2021 close on 1 October.

Awards and scholarships Education to employment

Moana Tautua is always looking for a new challenge on the horizon, and is aware that she carries the hopes and dreams of her tīpuna and whānau

Sally Jackson was among those recognised for their contribution to education in the recent Queen’s Birthday Honours.

Moana Tautua is always looking for a new challenge on the horizon, and is aware that she carries the hopes and dreams of her tīpuna and whānau Read more

Sally Jackson was among those recognised for their contribution to education in the recent Queen’s Birthday Honours. Read more

The NZ Association of Mathematics Teachers