Pathways for the future

A North Island Iwi aims to win the hearts and minds of its young people and is focusing on building confidence and providing education, skills and job opportunities. 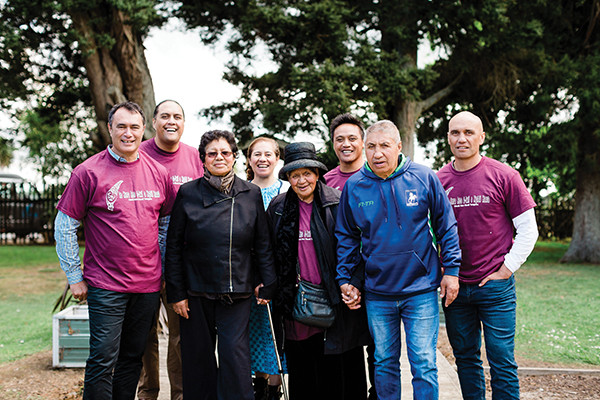 Based in the Waikato, Ngāti Hauā is a small Iwi with 6,000 members. Although part of Tainui, Ngāti Hauā have their own identity and in 2016, the Iwi received.

$18.3 million in cash and assets as part of their Treaty Settlement. The Iwi has a range of investments including a nursery, health centre and land assets as well as a blueberry orchard and an organic dairy farm.

Nearly 50 per cent of Iwi members live in the Waikato, with strong leadership and five marae all working together. With 60 per cent of members under 29, Iwi leaders believe the way to improve the future of its people is through education and training.

Pathways for the future

After the Treaty Settlement, a hīkoi travelled from the top to the bottom of Aotearoa and held 10 hui for tribal members. When asked what their aspirations for the Iwi were, they replied, “Let’s return to those better days when we had our mana and all those things that made us unique,” says Lisa Gardiner, Ngāti Hauā Iwi Trust general manager.

“They talked about jobs, pathways and training – not so much about kura and schools,”

“In Ngāti Hauā we already have three kura Māori and good established relationships with our mainstream schools. So it’s not so much of a concern around the schooling, it’s more about what happens after the schooling, getting training and a well-paid job. There was a lot of kōrero around those kinds of after-school opportunities,” explains Lisa.

Lisa and Trust Chair Mokoro Gillett say tribal members were listened to and have co-designed a strategy that reflects a desire to develop resources for the future and present.

Before the Waikato Land Wars intervened, the Ngāti Hauā rohe was once a part of the ‘breadbasket’ of the Waikato. Tūpuna established the township of Peria, near present-day Matamata, where opportunities, innovation, education, health, culture, faith and prosperity comprised their shared purpose and values.

Ngāti Hauā wants to restore that prosperity and mana for its people. Each year, a kura reo for all ages is held over several days with events aimed at building language, identity and culture to give tribal members a sense of who they are and foster a belief in themselves about what they can do.

“We are trying to sustain the buy-in by engaging with Iwi members,” says Mokoro.

“We want to win the hearts of our young people and make them believe in what the Iwi is doing. But they are young and often school is school. They see what’s outside and they’re not patient, they want to jump and experience the wider world.

“Our strategy is to say, ‘no, that can wait, stay with us, let us educate you through our system, the mainstream system, the kura kaupapa system, then get to that’,” he says. 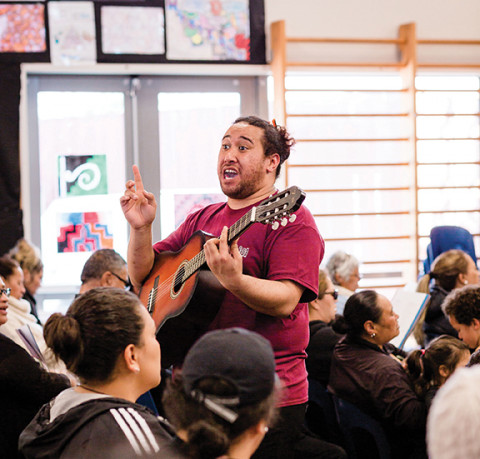 From early childhood education to tertiary training, the Iwi is working strategically in its local community to build relationships, knowledge and self-esteem.

Last year, they hosted the Matamata and Morrinsville Kāhui Ako and talked about Ngāti Hauā’s history and aspirations.
The wānanga have created demand from all parts of the school sector in the rohe, but especially from early learning services.

“They came away feeling really invigorated,” says Mokoro.
“One of the teachers said she had a renewed enthusiasm to try and incorporate Ngāti Hauā tikanga into their early learning centre. They have been asking for support around things to do with mara kai [food garden], karakia, waiata, naming rooms in their whare.”

With a goal of creating well-paying jobs for Iwi – the median income is currently $21,000 – the Trust aims to upskill its young people. Ngāti Hauā has refurbished Mangateparu School (part of their settlement) into an agritech innovation hub.

A partnership has been established with Wintec and horticultural programmes are currently being delivered to 11 Ngāti Hauā NEET (Not in Education, Employment, or Training) tribal members.

“We offer mentoring and support through that transitional phase. Our kaumātua provide mentoring sessions that cover identity, mātauranga Māori, support and advocacy. That’s part of winning their hearts, getting them to understand that they might have tripped up, but ‘here’s a second chance’,” says Mokoro.

The objective is to create a pipeline of workers for tribal ventures within Ngāti Hauā enterprises, Matamata Piako or the wider Waikato region.

“Our blueberry orchard employs eight tribal members who were long-term unemployed. We plan to scale up to create more jobs and better use of the whenua. We don’t want our people to just be the pickers and packers, we want them at the science end, involved in research and development, sales and marketing, management exporting to China and beyond,” says Lisa.