A small Northland school is honouring a proud legacy centred on the outdoor environment with a sustainable 21st-century outdoor classroom and programme of enviro-activities. 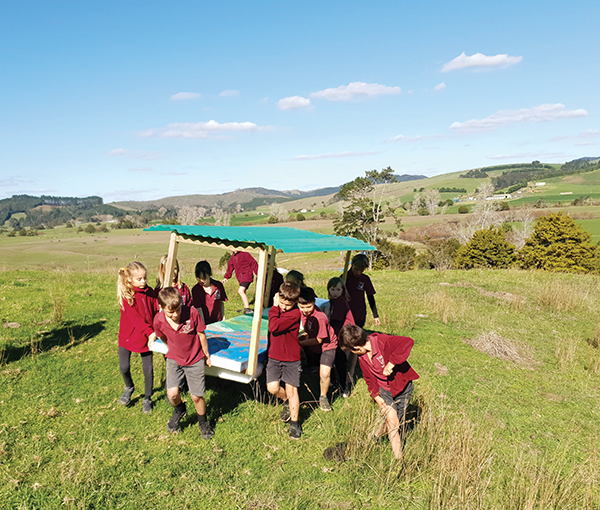 Students carry the floating duck house they made up to the school pond.

Oruaiti School in Tai Tokerau was once a hotbed of innovative pedagogy, with radical and visionary principal Elwyn Richardson QSO at the helm from 1949 to 1962.

Central to his philosophy was his use of the natural environment to create an integrated programme of art and science. Elwyn valued curiosity and turned to children’s lives and their immediate surroundings to shape his curriculum. Learning was often organised in themes and students worked together on real problems drawn from the local community.

Fast-forward five or more decades and the school’s tamariki are again engaged in active real-life learning. For the past couple of years, the school has been working on a project to build a solar-powered ‘treehouse’ which will be at the hub of a range of environmental projects that include a duck pond, beehives, vegetable gardens, wetlands and stands of kawakawa and manuka, notes deputy principal Rob Arrowsmith.

When there were a few hitches with seeking funds for the ‘treehouse’, the students developed a range of fundraising activities including making beeswax wraps, selling honey, screen-printed tea towels, recliner deckchairs and producing a book about sustainability in partnership with Year 10 art students from the nearby Taipa Area School. 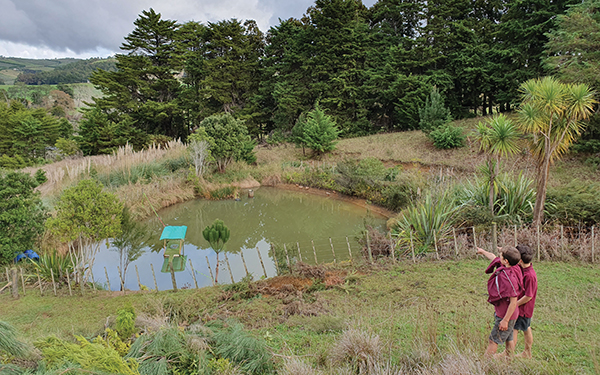 “We’re all about outdoor environmental, active integrated learning and it’s because the students here have that expertise already. To be able to position the students as experts to begin with, breeds success. For example, with maths, we will give a maths problem based around a context they are familiar with,” says Rob.

“Our first week back after lockdown, we thought about how we could get the students hooked back into their learning without dwelling on the current situation but dust the cobwebs off and do something they could get excited about. We went up to our pond to make a floating duck house for our ducks. We had to use measurement and calculate the area of the duck-house. For them it wasn’t a lesson in the traditional sense, but they got everything out of it that I wanted them to get – and more,” he says.

“It was a solution to a problem as the children came back to school and noticed one of our ducks was missing so they needed to create a solution so the ducks had somewhere to shelter from predators,” says principal Diane Bates.

She explains that some parents took a while to come around to the kind of learning their children were doing when they are working on fundraising initiatives such as making chairs to raise funds for the ‘treehouse’.

“Back when we were making the chairs, we had some parents asking why students were spending all their time building the chairs, and not working on reading, writing and maths. We needed to explain that all of those curriculum areas were being covered through ‘hands-on, real-life learning.’ The students had to research the angle that would be best for comfort with the chairs – so they were reading to research, then using geometry to create angles, they also had to measure and cut before assembling the chairs.

“Then they had to advertise, they had a website, they created a QR code for the honey products, which links back to the other environmental activities the students have worked on. All that different learning: digital technology, writing, tying everything in wherever we can so the parents and our wider community do understand that all these things go together.

“Now whānau can see their children progressing in many traditional subjects through a wide range of hands-on activities. Parents tell us their tamariki enjoy success in so many ways,” says Diane.

“It was awesome to see the kids using their hands and getting outside to create something that was a good fundraiser,” he says.

Elwyn Richardson was a pioneer in learning pedagogy. 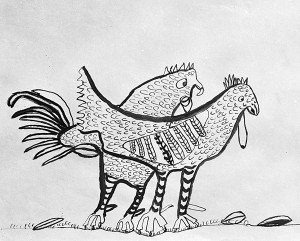 “Our science was based on real observation and feelings, whereas child art was kind of made-up stuff,” wrote Elwyn.

“He was both respected and feared by the school inspectors, whom he challenged with his progressive philosophy and innovative methods,” explains Diane.

“All of the learning was linked around the environment and integrated with science and art. We’ve been talking for a long time about what he used to do, and how we can have a more integrated curriculum,” she says.

“It was a two-pronged thing,” says Rob. “We wanted to embrace his legacy and all that rich integrated learning that he was a pioneer of. But also because our school has expanded at such a rate in the past few years, we thought it was a really good opportunity to celebrate the richness and traditions of the past with a new modern approach and embrace technology to recreate some of those things.”

Students from the school’s enviro-group designed the outdoor learning space which will be functional year-round. A draughtsperson incorporated many of their ideas in the final design. The school gained funding from last year’s one-off funding package(external link) for schools to complete property projects.

“The selling point for the children is that it’s sort of like a treehouse – it’s outdoors, there are no walls. It will be a pretty neat place to do their learning. It will have a mobile generator, solar panels and a wind turbine which will power their Chromebooks and things we use for the enviro-projects such as the heat pan we use to make our beeswax wraps, a sewing machine so we can make our tea towels and eco-bags.

“We are very passionate about giving real-life context. Everything that we are trying to do in terms of our environmental projects, we’re not doing them for the sake of it – they are real-life problems. We’re now selling our honey through a shop in Cable Bay. The students were the ones talking to the printers about meeting deadlines, they were deciding their profit margins, designing the logos and labels, buying the jars – it’s real!” says Rob. 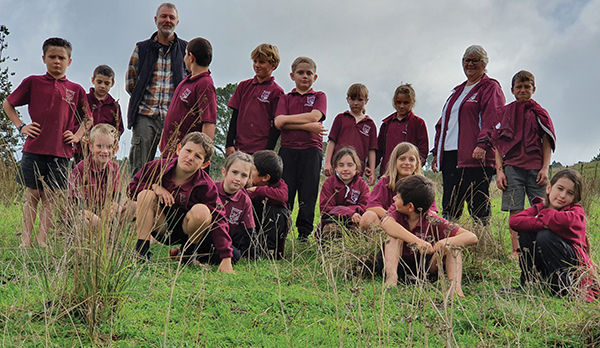 Students from Kauri class with teacher Rob Arrowsmith and principal Diane Bates in the great outdoors.

Love of the outdoors

Diane says the majority of the school’s children love being in the outdoors and arrive in old clothes and gumboots on the school’s fortnightly enviro-days, where parents and grandparents come along and help out with the many projects in which the children are engaged.

“The environmental focus is good for those children who don’t necessarily excel in the classroom – it gives them the chance to be experts. We’ve got some students who just love the outdoors and some of them probably know more than we do. For some of those children having to sit in the classroom and write or do maths, may not be their thing but this gives them the opportunity to shine in some way. It’s definitely reflected in their self-confidence and self-esteem,” she says.

While there have been some problems in getting the treehouse off the ground, Rob says that has taught teachers and students resilience.

“Knockbacks are good. Things may not happen the first time or as planned and so that’s the real lesson... teaching and modelling resilience. Having that flexibility and trust in the students to lead it presents problems for teachers because they like to know what they’re doing the next day – it’s been a learning curve for everyone.

“We’re all about inclusion at this school and the treehouse is almost like the tangible outcome of that.”

Elwyn Richardson and his groundbreaking work: 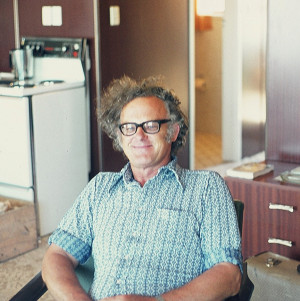 Elwyn Richardson photos published with the permission of Margaret MacDonald. 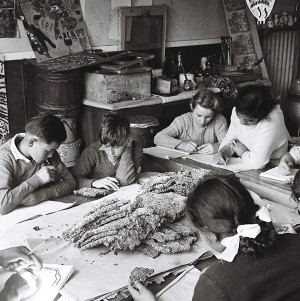 Students study a wasps’ nest at Oruaiti School in the 1960s.

Swimming lessons, farm visits and a programme that sees Kiwi students mentoring former refugees are all helping students from other countries

A community programme in Napier is challenging young people to meet their goals, improve their wellbeing, and build positive relationships with Police.

Swimming lessons, farm visits and a programme that sees Kiwi students mentoring former refugees are all helping students from other countries Read more

A community programme in Napier is challenging young people to meet their goals, improve their wellbeing, and build positive relationships with Police. Read more