One week never to be forgotten

“Truly understanding the events of the Holocaust can be a very confronting and emotional experience for people, so we believe it is important for educators to take care of students’ emotional wellbeing,” begins a new teaching guide prepared by the Holocaust Centre of New Zealand. 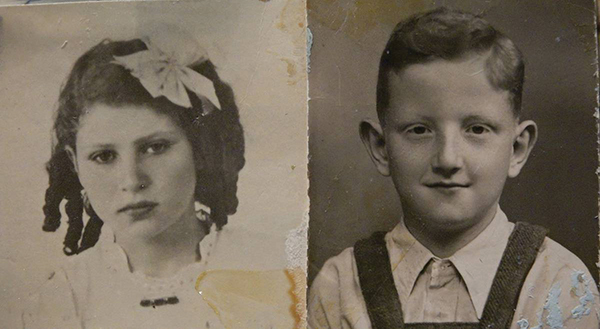 Freda Malacki and Bob Narev survived the Holocaust and later met and married in New Zealand.

The findings of a 2019 survey by the Holocaust Centre (HCNZ) of 1,000 New Zealanders exposed a need to broaden people’s understanding through education. The Just One Week campaign encourages schools to give students an understanding of what happened during the Holocaust and discuss themes relating to discrimination.

Undertaken by the Astor Foundation/HCNZ under the direction of historian Professor Paul Moon last year, the survey found that 70 per cent of people had little or no knowledge of the Holocaust; 57 per cent couldn’t identify how many Jews were murdered, and 34 per cent believed the Holocaust was exaggerated, or a myth.

More than 70 schools had signed up to the Just One Week campaign, launched in June, within a week of its launch, says Nicola Bain, who created the teaching resource for levels 4 and 5 in the social sciences and English curriculum on behalf of HCNZ.

“There was a previous campaign which called for just one hour of Holocaust teaching per year, but this new initiative seeks to move from a token acknowledgment of the Holocaust to more meaningful teaching. It enables educators to give their students a solid foundation of what happened during the Holocaust in a way that builds empathy,” she says.

Nicola, who is an English and media studies teacher at Albany Senior High School, was part of a group of New Zealand educators, sponsored by the Holocaust Centre, who travelled to Israel in 2017 to learn about teaching the Holocaust within international contexts at Yad Vashem, World Holocaust Remembrance Centre.

“The study that I did was around how to tell the stories of people safely. It can be overwhelming, and it can be a bit dangerous, in terms of learning about the Holocaust,” she says.

The three teaching units of four one-hour lessons can stand alone or be taught consecutively and are designed to lead students safely in and out of the sobering subject matter.

The aim of the resource is to encourage learners to understand their biases and develop empathy for others – no matter who they are. The harrowing stories of Freda and Bob Narev and Clare Galambos Winter, who survived the Holocaust and made Aotearoa home after World War II, are at the heart of Just One Week. 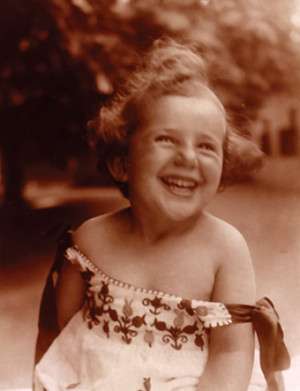 Clare Galambos Winter's story is also shared in the resource. She died in 2014.

“The first lesson barely deals with the Holocaust – it deals with life before – what was happening contextually across Europe; also what was happening in the lives of these individual families. It provides some context into who they are – all these people who were murdered or held in concentration camps went to the beach, had jobs, did the kind of stuff we do,” says Nicola.

Lessons two and three largely deal with the experiences of Freda, Bob and Clare during the Holocaust and feature real-life scenarios where students are asked what they would do in particular situations – choiceless choices.

“Freda’s family, who were in Vilna, now in Lithuania, knew the Germans were coming. They had heard the stories and knew it wasn’t going to be great.

“Freda didn’t look Jewish at all – blonde hair, blue eyes. Do you leave one child with a family friend who owes them a favour, or does the whole family go, or do they try and go somewhere else? There are several scenarios as things progressively get worse and we ask students to walk in their shoes,” explains Nicola.

The fourth lesson focuses on life after the Holocaust for people who finally made it to New Zealand, where Bob and Freda met and married.

“At the end of it, students are asked to reflect on learning all this story and history: why should we remember? It finishes on that note of understanding and reflecting on why it’s important to understand and empathise with people that might be different to you, or are experiencing persecution.”

With the increase of ‘fake news’ and misinformation in society and the current global turmoil, there is an increased need to develop young people’s ability to discern and interpret information and understand the present day through the lens of historic events, says Nicola.

“Particularly with social media, we live in a clickbait/misinformation society. People will see a social media post and don’t necessarily read beyond it.”

“When societies accept that some people are worth less than others, communities stop standing up to ethnic hatred, and atrocities such as the Holocaust and other genocides are able to occur,” he says. 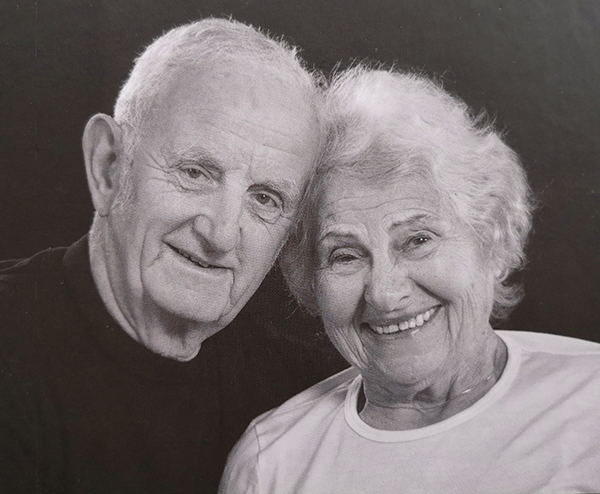 Teaching the Holocaust to history students

Justin Thompson teaches at Oxford Area School in North Canterbury and will be using the new resources with his Year 11 history class this year.

“I will be using the Powerpoints and Testimony, as well as using some of the activities as revision for my Year 11s leading into their examinations.

“I think all students should learn about this topic and this Just One Week Campaign has really given an easy entrance into the content that is quite vast and intimidating to navigate safely for teachers and students. Nicola has so professionally created a series of lessons we can take parts of and use as it suits our Ako.”

The Holocaust was a landmark event, which will hopefully never be repeated and Justin says it’s important to teach the topic safely. By using stories and testimonies, students can understand the raw emotions of the people involved.

“The issues around hate or anti-Semitism are so important to be taught and acknowledged as they are occurring today – even being given voice by world leaders. Students need to understand what this all means and why it is important to care for all.

“The Holocaust is an example of when evil wins out for a time. It was a systematic extermination of a race of people – never before had it been documented or on this scale. We need to remember so it never happens again,” says Justin.

Find out more about the free teaching resource Just One Week(external link), or about the Yad Vashem Seminar for New Zealand Educators(external link) by visiting the Holocaust Centre of NZ website or contact Chris Harris ceo@holocaustcentre.org.nz nz. 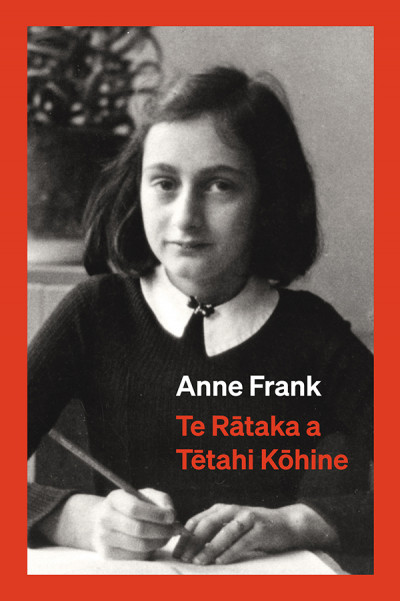 In June 2019, one of the world’s most famous books, Anne Frank’s Diary, was published in te reo Māori.

The production of the translation of Anne Frank’s Diary: Te Rātaka a Tētahi Kōhine, was a labour of love for 92-year-old Dutchman Boyd Klap, who raised $100,000 for the project. Translator, Te Haumihiata Mason (Tuhoe) tried to capture the voice of a girl facing discrimination in the 1940s. She told Stuff that she had grown up in the 1950s and faced many of the things Anne Frank faced, such as discrimination and food scarcities.

The translation was underwritten by the Holocaust Centre of New Zealand, which also wants to gift a free copy to every school in Aotearoa.

“Boyd Klap visited Parihaka in 2017 and at one point a kaumatua asked him if anybody had considered having the diary translated into te reo Māori. Boyd thought it was a great idea, discussed it with us and we thought this was an ideal opportunity to reach a different audience within New Zealand,” says Chris Harris, chief executive of the Holocaust Centre.

“New Zealand has three official languages and to be able to have this book, which is such a treasure, in te reo, will mean that we can reach young Māori who may think this is a book about a young girl living in Holland and has nothing to do with them.”

Anne Frank’s story is as relevant today as it was then due to the rise in anti-Semitism and the deeper understanding communities have of racism, sexism and homophobia, he says.

“Anne Frank’s Diary can help address some of these issues because we have seen a young innocent girl, and her family, suffer the worst of discrimination and prejudice,” says Chris.

“She never lived to tell her story, but like her, there are still people in society who feel they have to hide away – that if they speak up, they could become victims of discrimination, violence or even death.”

The translation has been warmly received by Māori readers. An ebook has been created and some teaching notes are also available.

For teaching notes, information about the ebook and a free school copy of Anne Frank’s Diary: Te Rātaka a Tētahi Kōhine, contact ceo@holocaustcentre.org.nz.

Education Gazette looks at how an Auckland kāhui ako is developing its local histories curriculum from their maunga, Te Pane o Mataoho.