Nurturing the vā: the importance of relationships in Pacific education

We know that quality relationships between schools, students and whānau are key to achievement, but the question is: how do we nurture these relationships in culturally appropriate ways? 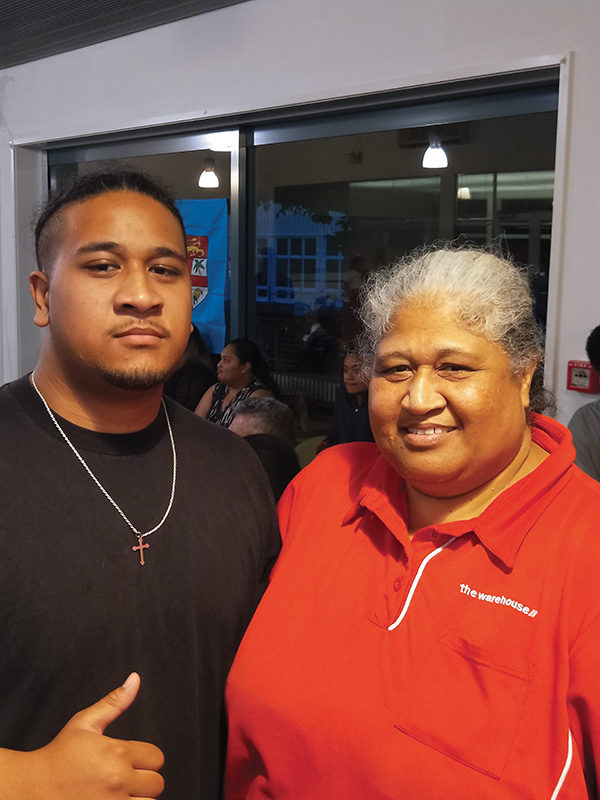 Rapid change is underway at Pukekohe High School to ensure equity for an increasing population of Pacific learners.

This focus on relationships Pacific-style is new for the school, which is very Pākehā in appearance and history; the only secondary school in the town of Pukekohe, 50km south of Auckland.

Despite the town and school’s population comprising roughly 20 percent Māori and seven percent Pacific, Education Review Office (ERO) reports have repeatedly cited concern that this was not reflected in the culture at the high school. 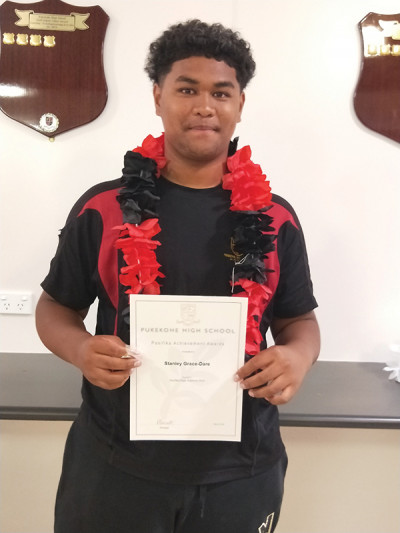 In 2018, ERO reported starkly that it had ‘no confidence in the school’s processes and practices necessary to achieve equity’, and that the school was “not accelerating learning for priority students”.

Achievement rates amongst Pasifika students were alarming – only half achieved NCEA Level 2, just 17 percent attained Level 3 and none achieved UE.

Principal Richard Barnett joined the school on the second day of ERO’s visit. He’d been associate principal at the sizeable Burnside High in Christchurch (roll 2,500) and was tasked with making big changes, amongst them a “robust targeted response to raise and accelerate achievement, particularly for Māori and Pacific and boys schoolwide, and to embed high-quality culturally responsive practice”. 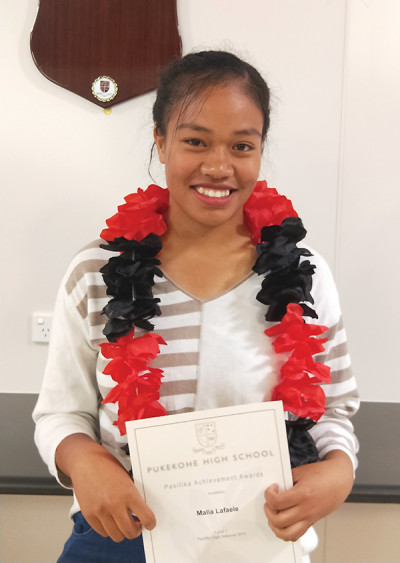 Malia has her achievements acknowledged.

One of Richard’s first moves was to hire Gerard Tindling from Tamaki College, where two-thirds of the roll identify as Pacific.

Richard says that while Gerard’s new role as deputy principal in charge of Pacific achievement was quite an an adjustment in terms of size and demographic, he felt empowered and passionate about his portfolio because he was comfortable working in a Pacific environment.

With support from Ministry of Education adviser Mary Samasoni, Gerard has been working closely with Pasifika parents to rebuild relationships with the school by “nurturing the vā”.

Traditionally, for Pacific people, sacred relationships exist between people, as well as between people and the environment, ancestors and the heavens. To nurture the vā is to respect and maintain the sacred space, harmony and balance within relationships.

For Gerard, nurturing the vā started with a series of phone calls to update Pacific parents on student achievement and wellbeing, establishing an open-door policy and organising once-a-term fono (hui)to celebrate Pacific success. 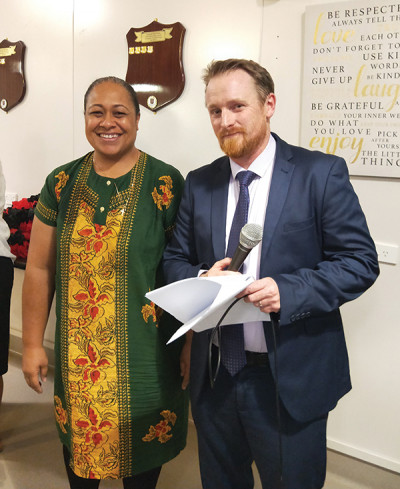 “Mary and her team took 10 students at a time to ask about their barriers to achievement and success. Having someone independent was key to getting the truth out of students. We learned that we needed our teachers to develop relationships with Pacific students, we needed greater understanding amongst our teachers of our culture, and our students needed more aspirational stuff, they didn’t have those big dreams.”

This was a different way of working for the Ministry and its South team. Through a collective approach they were able to respond by supporting the school’s senior leadership team to gather and use ‘multiple voices’ to address equity across school systems, leadership and practice to accelerate Māori and Pacific achievement.

A Pacific parents’ group was started, and this has now developed into ethnic specific groups for Tongan, Samoan and Kiribati whānau.

“We try to action all the feedback. We say, ‘Your voice is invaluable, we want to hear it and to give you some of the things that you have asked for’.”

A year on, more than 100 students and their families filled the staffroom at the first fono for 2020, a huge increase on the eight who joined the school’s first-ever fono a year before. Together they celebrated some pleasing NCEA results – Pacific achievement up 31 percent at Level 1 and up 10 percent at Level 3 – with waiata, dance and food.

Gerard stood at the front and alongside Eseta Veainu, a parent who had previously removed her daughter from the school after losing confidence in its treatment of Pacific students but who had returned to try again. Eseta devoted up to five hours a day helping students prepare for Polyfest. 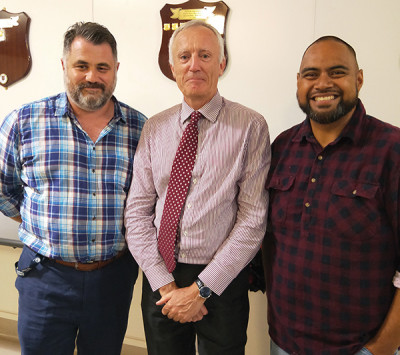 “Eseta is incredible. She’s not just given the school another go, she’s invested a lot of her own time back into a school which did not do right by her in the past. She’s part of a group of parents who have been prepared to be honest with us, to work hard and invest in us.”

“Everyone is very welcoming right from the ladies in the office. The school is listening and I see positive change happening. We have to help each other.”

Losaline Tai, who has two children at the school, also attends every fono, even if it means missing part of her night shift at The Warehouse.

“In the past I didn’t want anything to do with the school, but it’s changed and now I’m a big supporter.”

“On Friday evening we had nine parents in the staffroom for the first Samoan meeting of the year; we had the Tongan group performing in the courtyard, and the kapa haka group on the grass in front of the school. There is energy, noise, passion and culture – and it’s very far removed from how the school looked a year ago.”

Students, parents and staff talk excitedly about preparations for Polyfest for which the school had planned to enter three teams prior to its cancellation - Kiribati, Kapa Haka and Tonga.

“We gave Polyfest a major push last year. There had always been groups for Kiribati and Kapa Haka, but it was the first time we’d had a Tongan group. We gave them full use of the hall for six weeks so they could meet as often as they liked, and it became a significant place in the school for them.”

“With our Kiribati community, language has always been a barrier so one of our deans went on sabbatical to study how to engage with the Kiribati community. Last week we had two Kiribati students perform at the fono and five of their whānau came to watch, probably the first time they’ve ever walked into this school.”

“It’s a scary thing walking into one of those meetings for the first time; maybe you’re not comfortable about your language or your knowledge of high school and what goes on there. Even in a school that is 100 percent white, it can be difficult for parents to step inside, to cross that barrier.”

Great effort is invested in Pacific language weeks, with students leading daily assemblies and organising events such as volleyball competitions and food markets, and every opportunity is taken to promote visibility of cultural groups through invitation to perform at events in the school and wider community.

Having gained traction with parents, Gerard’s focus for 2020 is to work with staff to upskill in culturally responsive pedagogy.

“The principal committed to speaking first at all fono because he knew it’s what parents expected, and Richard has an open-door policy so that parents can be assured we are listening, that we are committed to positive change.”

As part of developing a more sustainable model, the school deliberately hires teachers who are either Pacific or have experience teaching in the Pacific community, “staff who understand their culture and voice”.

“We need to sustain the changes that we have made, build on them and be reciprocal,” says Richard.

“The school and the Ministry have made strides in that direction, now we need to continue to build those links with the Pacific community. We are the only high school in Pukekohe; we have a diverse student body and we are looking to build meaningful relationships which will raise our achievement rates.”