Measuring the impact of social media on busy teenage lives

Research into the lives and experiences of a cross-section of teenage girls explores the added pressures of social media for young wāhine already navigating a culture of ‘busyness’. 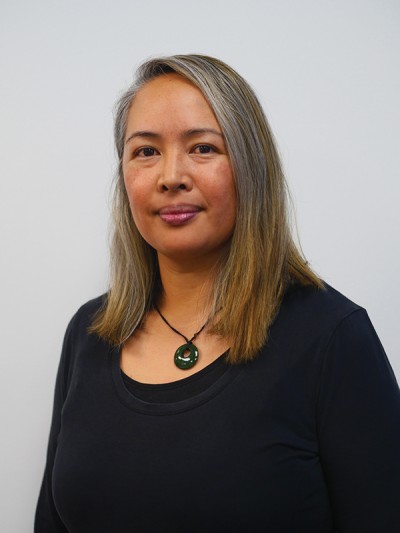 Dr Eunice Gaerlan-Price’s doctoral research focused on the lives of academically successful teenage girls from diverse socioeconomic, racial-ethnic and schooling backgrounds and examined how social media was adding a complicating layer to their lives.

Now a teacher educator, Eunice first became interested in the impact that social media was having on girls she was teaching at an Auckland secondary school.

“The idea that originally piqued my curiosity was this notion of ‘friending’ and ‘following’. I noticed specifically in the all-girls college I was working at, that the Year 13s, especially the prefects, were dealing with multiple friend requests from younger students, including those who were in my Year 7 and 8 classes.”

Eunice adds that she was intrigued by the notion that social media was providing the older girls with a sort of celebrity status.

“One of the prefects talked about a relationship she had with those younger people she had befriended through Facebook; with a one-to-many form of broadcasting.

“The implication of this was a heightened scrutiny over these older girls’ lives by those in their networks and thus greater sense of needing to live up to expectations and feeling like they had little room to fail.”

At the time, Eunice says there was little in the way of resources or support because Facebook was fairly new, and the impact on teenage girls was just starting to be explored.

“I think schools were in a position of preferring to relegate social media to outside of schools’ purview; that it was generally being used outside school hours, therefore was not something to be too concerned about. This was before smartphones became a readily accessible and used device. Social media was still accessed through computers.”

The girls talked about social media as being both empowering and disempowering.

“If they saw empowering messages, they felt that it was fleeting – it didn’t create an imprint. The visual nature of apps like Instagram seemed to have more effect on social esteem. It internalises that need for girls to feel like they have to work that extra bit harder.”

Reflecting on what she observed as a teacher, Eunice says tied up with expectations, was pressure to show that you could be the complete package and that your social life was just as good as your academic grades, and just as good as how you looked, and that you were a contributor to society.

“I shared those stories with the participants and then we came back together with some of them a year later to unpack the stories, and also talk about the emerging themes that I had found and how that’s resonating with them,” she says.

Eunice also found that a culture of busyness begins from an early age and follows girls into womanhood.

With people wanting to distance themselves from intellectual identity, it becomes better to say, ‘I worked hard and that’s why I’m successful’, rather than ‘I’m smart’, which ties into tall poppy syndrome, she says.

Eunice says that many of the girls she interviewed were striving to be perfectionists, which was affecting their quality of life.

“I had some girls talking about not sleeping or working until 2am and getting up at 5am. Many would have extra-curricular activities every single day and get home at 9pm when they would get onto their schoolwork. Then they would scroll on social media and realise they also need to have a social life, show a bikini body and have exciting holidays.”

Eunice notes that her research isn’t a comparative study between girls’ and boys’ experiences, but she says a lot of research has been done in the field of girlhood studies.

Former head girl of Pāpāmoa High School, Grace Green, says she agrees with many of the points raised by Eunice.

“Contradictory messages are a part of all aspects of young women’s lives; teachers expect a certain number of hours of homework per night, extracurriculars expect your own independent practice/training, friends expect quality time and social media expects a constantly happy and thriving individual.

“There are just not enough hours in the day for women (specifically young women) to conform to these expectations.”

Grace further explains that she sees social media used by many to project and amplify their moments of happiness, and that “although this isn’t wrong or bad, it does send the message that some people are always in this state of bliss”.

She says it can be hard to move past the idea that everyone else is happier and more productive.

“I found social media took up a lot of emotional energy – something I was often low in due to a packed schedule. Social media can exacerbate the negative feelings and experiences we have in real life.”

When asked how schools might better to support, particularly young women, to navigate these pressures, she says, “it would be an absolute game changer if schools started creating female-only leadership events and offered opportunities for women to socialise and network together without the additional stressors of managing our image and projection of femininity.”

“History has proven that when women come together, significant change can be made. I want to see schools talking about equality, then following through with education on it. School is the place to challenge viewpoints, to set the seed of questioning.”

“I think that the way some people view social media, they might think I’m not a good head girl because of how I spend my time outside of school. But I’m not always head girl, I’m still a normal person. If I wasn’t head girl, no one would care,” she says.

Paige further explains that being a ‘high-achieving’ wahine, and a student leader, can restrict her personal life.

“I can’t share my social life and also portray a perfect look. There is this pressure that you can’t do normal teenage things. You can’t really put a foot wrong because there’s always someone who could post about it.

Paige also had some ideas about how schools might better support students with social media.

“It would be cool if teachers had more open discussions and workshops with leaders or senior students about posting on social media and be more open to the realities of being a young person and living your life outside of school too – like normalise the teenage experience and find that balance.”

On the positive side of social media, Paige says it can be a good platform to celebrate Māori and Pacific identity cultural identity – all while having fun and connecting.

“Platforms like TikTok are really cool to showcase more culture – like the recent dance trend to the song 35, by Ka Hao (feat. Rob Ruha). Social media comes with its challenges, but it’s also great at bringing people together and having fun.” 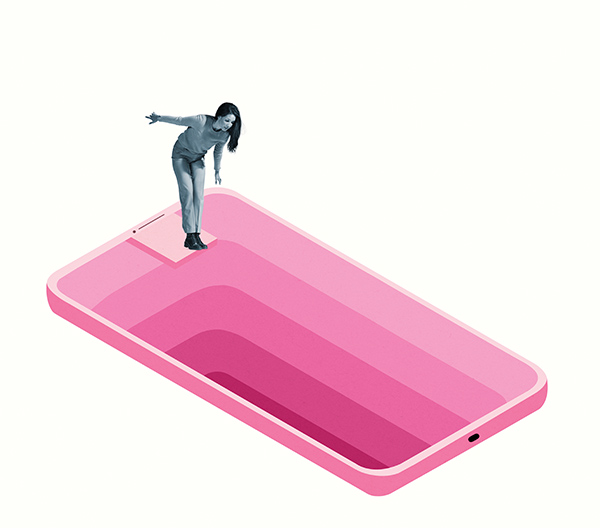 Resources on the use of social media

Many agencies offer help and support including the following phone help lines:

www.auntydee.co.nz(external link) – a free online tool for anyone who needs help working through problems.