Hitting the road for pay equity

Pay equity means that people are paid the same for doing jobs that are different but of equal value. But who decides that someone isn’t being paid fairly?

Rebecca Wilson knows how diverse the roles are of the 10,000 administrative staff working in our schools and kura. A senior analyst on the joint NZEI Te Riu Roa and Ministry of Education pay equity project team, Rebecca is investigating if the predominantly female administrative workforce in our schools is undervalued and underpaid.

In June the Ministry and NZEI kicked off the investigation and assessment stage of two pay equity claims – one for administration support staff and one for kaiārahi i te reo – that NZEI made on behalf of its members.

A lot of complex work goes into the joint pay equity process. Firstly the teams comprising of Ministry analysts and NZEI members (who are administrative staff themselves), interview the claimants.

“We are trying to find out about the responsibilities, skills, demands and working conditions of school administration staff in New Zealand,” explains Rebecca.

“We interview to try and gain thorough insight into the role beyond what we would get from a job description.”

After randomly picking 40 schools that represent the different types of school and kura in New Zealand, says Rebecca, they visit the schools to talk with people in a range of roles, from receptionists and accountants to Gateway coordinators and property managers.

“We also chat to their direct supervisors to get their perspective on the role,” she adds.

A month into the process, Rebecca says the team’s work has confirmed the extensive range of roles that exist in schools. “It’s a really diverse group and the support they give their schools, colleagues, students and beyond is amazing,” she explains.

Kahu Haimona is an analyst for the kaiārahi i te reo claim. Kaiārahi play an important role in the education workforce, working alongside teachers to support Māori language and to advise on tikanga. They are recognised for their involvement within the community and their knowledge in te reo and tikanga.

Kahu says she loves ‘being part of this kaupapa Māori process, the very first pay equity claim to affect a kaupapa Māori workforce, and listening to all the kōrero about what kaiārahi i te reo do.’

Once they finish with the interviews the teams will look at the data they’ve gathered. They will identify the responsibilities, skills, demands and working conditions of administrative support staff and kaiārahi with a focus on the skills that are less visible, and not always recognised.

These can be so-called ‘soft-skills’, such as emotional effort, communication and social skills, taking responsibility for the wellbeing of others, cultural knowledge and sensitivity.

Alongside the information gained from the interviews, the analysts research the historical movement of women into the paid workforce and collate and analyse data from job descriptions, collective agreements and other relevant documents.

The next step is choosing comparators. These are male-dominated professions, which can be very different from those of the claimants but require similar degrees of skills, responsibilities and effort.

The team will undertake the same analysis of the skills, responsibilities, conditions and effort requited to do the comparator work as they’ve done with administration staff and kaiārahi, and then compare earnings of claimants and comparators.

If they find in their analysis that the work of the comparators requires the same or similar level of skills and responsibilities, while the claimants earn less money, they will conclude that they are underpaid due to gender-based undervaluation. The parties would then negotiate a fair pay settlement.

“The thing I love the most is getting to go out to schools and learning about the roles directly from the people doing the work,” Rebecca says.

“It’s great to have the claimants directly involved in the process and to get to meet some of them.

“It’s also a process that I really believe in so it’s exciting to be involved in working towards pay equity for women and breaking down perceptions of roles.” 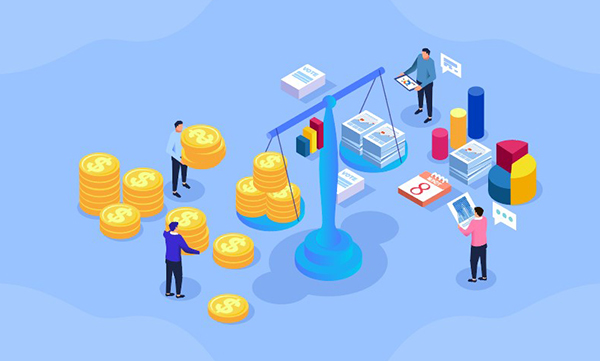 The five key stages of the pay equity claim process

Raising the claim: NZEI Te Riu Roa, the union representing administration support staff and kaiārahi i te reo, notify the Secretary for Education that, because most people working in these occupations are women, their work is likely to be undervalued and underpaid.

Investigation of claimant role: Ministry and NZEI Te Riu Roa look at job descriptions and talk to school administrators/kaiārahi i te reo, supervisors and principals to learn more about the work they are doing. They look at their skills, responsibilities, working conditions and demands.

Assessment/analysis of evidence: They then compare the skills, responsibilities, working conditions and demands of administration support staff/kaiārahi and the comparator occupations, and look at how much each group is being paid for their work. Then they decide if the staff in those occupations mostly done by women are paid less than staff in those mostly done by men.

Parliament has passed a new pay equity framework, designed to provide a practical and accessible process to raise and consider claims of systemic sex-based pay undervaluation in pay in female-dominated occupations. The Equal Pay Amendment Act comes into force in November.

Once a claim for an occupation is raised, all people performing the same or similar work as these employees will be covered by the claim, unless they chose to opt out. The Ministry will be in contact with everyone affected by the current claims to inform them of their rights under the new legislation. In preparation for this, please ensure your payroll administrator has your up-to-date contact details, including email address.

Reflections of a teacher aide

Education Gazette talks to 101-year-old Mae Palmer about her career as a teacher aide.

Reflections of a teacher aide

Education Gazette talks to 101-year-old Mae Palmer about her career as a teacher aide. Read more

Utaina! A Hui About Learning and Exploring Science in te reo Māori