Many schools already share relievers amongst each other. Waikanae School, which administers a reliever pool among 14 schools, has found a way to achieve this in an efficient and equitable way. 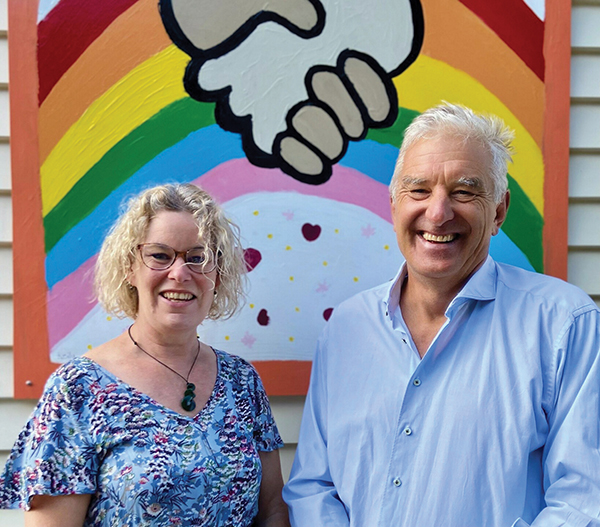 For Bevan Campbell, principal of Waikanae School, the concept of kāhui ako is not new.

“We (Ōtaki and Kāpiti schools) have been collaborating for decades, literally, long before kāhui ako.”

Some of the ways in which this collaboration takes place includes networks for principals, administrators, specialist teachers, and international students. There are also music outreach, student learning, and science fair networks.

Another of the many ways that this Community of Learning (COL) collaborates is through the shared administration of the Ōtaki Kāpiti Relief Teacher Service (RTS). This is a network that is primarily tasked with placing relief (emergency/sick leave) teachers into the participating schools. The network has been running for over 25 years.

The advantage of creating reliever pools for the schools is that it allows all the schools to benefit from the collective effort. Schools can reduce time spent trying to find and vet an emergency reliever as this is done by one school rather than being replicated by each school. For the relievers it opens up a wider selection of schools to choose from rather than feeling they are tied to certain schools.

“Schools may think ‘if I tell anyone about my relievers, they may steal them’ but that is a non-issue. Every reliever has their favourite school, and every school has its favourite relievers, that does not change when you pool your relievers, so you don’t lose anyone,” says Bevan.

Traditionally one of the schools (Raumati Beach or Raumati South) would manage the vetting and assigning of relievers manually.

“They employed support staff and we all would pay into the service, then they would find relief teachers for us. But it was pretty cumbersome,” Bevan explains.

“Some schools would use it for everything such as classroom release time, while others only used it for emergency staffing. So, some of us were paying a lot and not receiving much compared to others that were paying the same amount.”

In 2018 Bevan was introduced to an app solution called Staff Sync, designed to provide easy access to relievers. Waikanae School started to use the app for their non-emergency relievers. Then in 2019 the opportunity arose to spread its use to the other schools.

“The person who was doing the manual day-to-day work resigned, so the role was given to our school as the other school where she was based didn’t want to continue to run it. So, I thought, ‘why not use our app?’ Here was an opportunity to change the way the system operated. Every party still wanted to have the reliever scheme and here was a way to make it more efficient and equitable.”

The solution allows relief teachers to register with Staff Sync and then select schools by sending them a request to be their preferred reliever. Relievers can update their availability, so they are only contacted on the days that they are looking for relieving work.

“Covid-19 has had an impact on the relief teacher pool, due to some of our relievers choosing not to work to reduce their chances of getting the virus,” says Bevan.

He adds that although they have 93 relievers on their register, last year there were only about 50 who were making themselves available.

The schools can use their own personal subscription to pre-book relief teachers. For emergency bookings schools contact the RTS coordinator Karen Noakes. Karen then uses the app to find available relief teachers on a first come, first served basis.

“The old system was very labour intensive and took a lot of time, it was almost a full time position. So, we’ve swapped a full time position out for five hours a week of emergency staffing, plus the schools are able to individually book relievers from our collective pool,” says Bevan.

There are fixed charges that the schools pay in accordance with the size of the school. These charges cover the laptop, phone, and administration. Then there are the user pays charges.

The system means that schools are still paying a fee even if they do not use the service, but the costs of the fixed fee is considerably less than it was under the previous system. The user-pay system for bookings reduces disparity of expense for schools.

Waikanae School only charges the actual costs, and sometimes less than that for some labour intensive aspects.

“We do all the checking on the relievers. We guarantee that they are all referenced and compliant,” says Bevan.

Whilst it is time consuming for Waikanae School, the shared pool means these tasks are not being duplicated by each school – creating time efficiency overall.

Equality and efficiency are important, given the number of jobs that are generated for the Ōtaki and Kāpiti schools. In 2021 there were 482 jobs for emergency relief work via the emergency coordinator, with 93 percent of these jobs being filled. These jobs generated 3,901 notifications, which adds up to a lot of phone time under a manual system.

Bevan highly recommends using a solution such as this in a collaborative way.

“The collaborative solution empowers us. It empowers both schools and relieving teachers. It’s a really equitable and fair way of using relievers across a district.” he says.

There are various reliever sharing solutions that can be utilised by schools. Talk to your regional Ministry of Education office(external link) about ways in which schools in your particular region or kāhui ako can collaborate effectively.

A new digital catalogue offers recommendations for New Zealand books and accompanying resources for students Year 7 and up.

The Duffy Books in Homes programme has been running for 27 years, offering free books to ākonga across the country.

A new digital catalogue offers recommendations for New Zealand books and accompanying resources for students Year 7 and up. Read more

The Duffy Books in Homes programme has been running for 27 years, offering free books to ākonga across the country. Read more

Live Online Course: Working with our Children/Tamariki with Autism