Champions for our diverse histories

There’s a buzz about Aotearoa New Zealand’s histories and Te Takanga o Te Wā among community advocates as they anticipate the impact sharing their stories will have on ākonga and society. 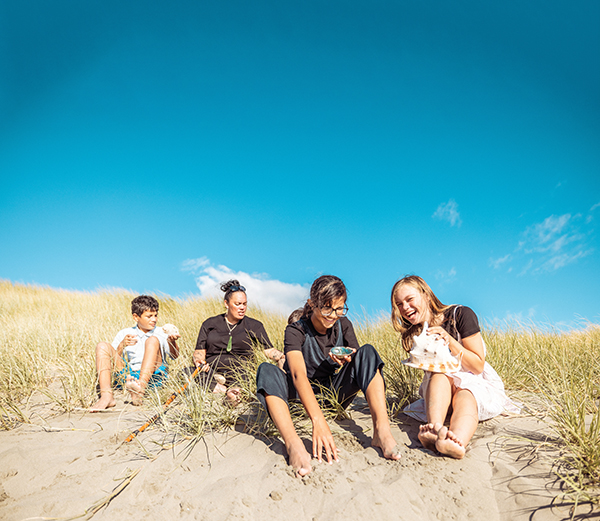 Aotearoa New Zealand has many diverse communities, all of whom have histories to share.

A deeper understanding of our shared histories can benefit young New Zealanders from diverse communities through an enhanced sense of inclusion and belonging, community advocates believe.

At the heart of these curriculum champions’ aspirations for the changes ahead under the umbrella of Aotearoa New Zealand’s histories and Te Takanga o Te Wā are the opportunities for education to combat racism and discrimination.

The New Zealand Chinese Association’s curriculum champion is Kirsten Wong, a community heritage advocate whose grandfather emigrated to Wellington in 1895.

For decades, and particularly since the Government’s apology in 2002 for the poll tax and other discriminatory legislation against Chinese, the community has waited for an opportunity to include Chinese New Zealand history and stories in a way that’s meshed with Aotearoa New Zealand history.

“We asked for an apology, not just as a political apology, but also in recognition of the fact that racism and anti-Asian feeling has actually been around for a very long time,” says Kirsten.

“We bring up this history, not just because we want our presence and belonging in Aotearoa to be recognised and seen, but also because we want it to make a difference to people today.

“We really hope that the curriculum will bring us all together and to a common understanding because it’s absolutely important that we all understand the history of Aotearoa New Zealand and the history of colonisation – it’s what’s brought us here to where we are now.

“If we don’t understand that common past, I don’t think we can hope to really move on together in that spirit of togetherness that’s really so important.

“I think all of us just really hope that the curriculum will lead to greater social equity, greater social justice, greater empathy and understanding and that reinforcement of values that always puts people first.”

Now is the time for another narrative.

“We often see ourselves depicted as a sidebar story to ‘mainstream’ New Zealand history and often our stories are framed in a way that portrays us as victims of racism, or as marginalised people,” says Kirsten.

“There’s so much more to our history than that! Every way you look, our experiences are woven through the wider history of Aotearoa New Zealand.”

“One of the key issues for our young people is feeling excluded. That feeling of not belonging is such a big issue and has really large impacts on mental health and, obviously, social cohesion.”

Enhancing the simplistic Chinese history narrative to a more nuanced and deeper narrative will be game changing.

“If the only thing that happens is that it will lead to our people feeling a stronger sense of belonging and inclusion, then that’s totally what we want,” says Kirsten.

Archivist and historian Manisha Morar is a curriculum champion for the Indian community and a member of the New Zealand Indian Central Association.

Seven years ago, she curated an exhibition of Indian history in Wellington: the social and political history, how communities were created, and people’s livelihoods and families.

Manisha is anticipating a huge sense of pride in the teaching and learning of Indian histories – just like the huge smile on the boy’s face when his cultural contribution to his class is welcomed in the recent television advertisement for a dairy company.

“The important message that we want around teaching the diverse stories of New Zealand histories is having that same sense of pride in the classrooms for every single child,” says Manisha.

“One of the biggest things that histories can teach us is the value that the child gets from this in the future.

“The value is that they have a lot more appreciation and understanding of their peers in the classroom and the backgrounds they come from, and it starts to be almost a precursor to avoiding those whole racism and discrimination attitudes that come out later in life,” says Manisha.

“Understanding people’s backgrounds from an early age really will help with that.”

Diane Lee is a curriculum champion and co-president of the Korea-New Zealand Cultural Association. For her, a benefit may be as simple as the pride second and third generation New Zealand Korean students experience when they understand that Kiwis fought in the Korean War and Kiwi lives were sacrificed to save Korean people in the war.

Aotearoa New Zealand was the first country to commit to assisting and had the largest number of troops there in per capita terms. That’s something for all Kiwis to know and be proud of, says Diane.

Migrant families can experience identity chaos, a clash between maintaining their cultural identity and cultural assimilation, she says.

Diane’s overarching view of the potential the curriculum changes offer is that they will raise students’ and teachers’ cultural competencies.

“I think it will be good not only for the Korean community, but it will also be good to be working together and making a (more) harmonised society together,” she says.

“While history is about the past, it needs to still be alive in the present and it will form our future,” says Diane.

Fatima Bashir is a curriculum champion from ACOFI, the African Communities Forum Inc., and for her the most important opportunity ahead is greater understanding of her communities, their history and the things that have shaped them, such as colonisation.

She is hopeful a greater awareness will help to reduce unconscious bias and improve the sense of belonging for African New Zealanders, especially for the students.

As one focus will be migration and mobility, that is something all Kiwis can relate to.

“Everyone came from somewhere else. This will allow everyone to feel like they have some common ground between each other, which all goes back to the sense of belonging and reducing biases,” says Fatima. 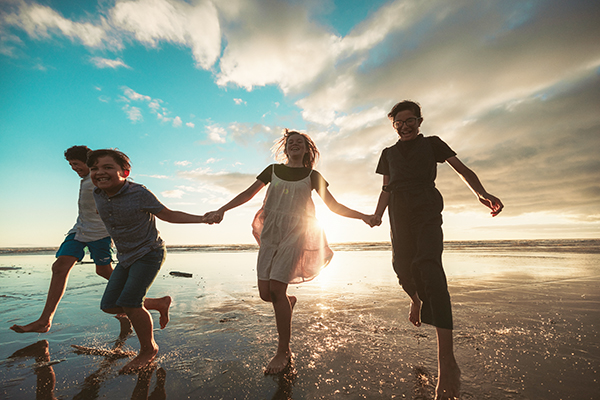 We look forward to sharing more stories from our diverse curriculum champions in the future.

Both the Chinese and Indian communities are establishing online resources for teachers.

Manisha says a website is being established to provide a pathway for kaiako to share a variety of stories. These resources are likely to be available from mid-2022 and will complement material the Ministry is providing to schools and kura.

The Chinese history website will be running in early 2023, loaded with material for kaiako and ākonga, says Kirsten.

From a practical perspective, Manisha advises kaiako not to restrict their teaching of Indian histories to festival times such as Diwali. Rather, Indian histories can be taught throughout the year alongside other relevant material.

She suggests using an Indian landmark in your local community, visiting it and talking about it, such as an Indian street name.

Or kaiako can use the news, such as an Indian cricketer in the Black Caps or any other Indian representative that might start that conversation around talking about New Zealand Indian histories.

Diane emphasises that cultural learning easily integrates with teaching history and there’s potential to include many facets of cultural awareness and knowledge in the classroom.

In her experience at Manurewa High School in Auckland, an initial request to assist with a Polyfest cultural group incorporating Korean fan dance in their performance led to a programme of Korean history, language and cultural classes before school five times a week for a year. It included K-pop, K-beauty and K-broadcasting across the music, health and media curricula.

Diane advises kaiako to reach out to their local Korean groups for any help they need.

Both Kirsten and Manisha warn about the challenge of teaching some topics, for example the New Zealand White League or other examples of racism and marginalisation.

They advise kaiako to seek out and respect the guidance available when addressing material that may distress ākonga and not to avoid the topic because it is difficult.

All the community advocates emphasised it’s important to be aware that ethnic communities are diverse within themselves – that there is a diversity of language, many regions and countries of origin, and diversities of purpose for their associations and community groups.

Fatima says for an African perspective teachers should reach out to their school community and contact parents of students. There are also a number of community organisations which will be happy to assist.

She says it’s important to acknowledge that Black history did not start with the American civil rights movement.

“We have a whole continent – we have amazing kingdoms and rich histories that we would love to share with the rest of the world.”

Fatima recalls that when kaiako from the African community became involved in the curricula changes, they honestly thought that it was very liberating and there was a palpable sense of excitement.

“I think we’re definitely heading into the right direction. There is a lot of work to be done, but it’s work in progress, and this is really a great step,” says Fatima.