The 62 students who attend remote Te Māhia School, situated on the Māhia Peninsula in Hawke’s Bay, are not only treated to great views of the Pacific Ocean every day at school but also to authentic learning opportunities from within their local area. 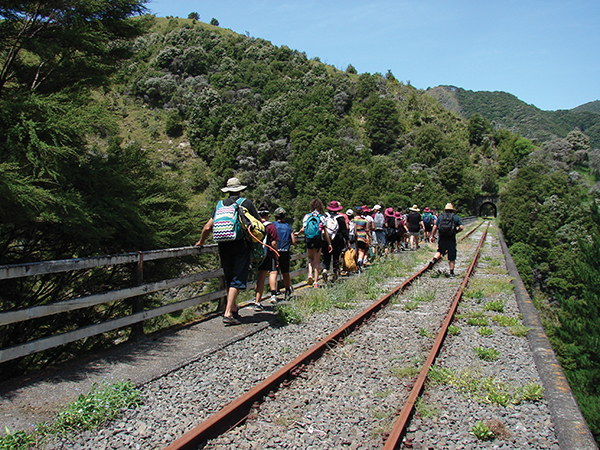 “It’s through their home, their whenua, their history, their geography, and their whakapapa that learning is made meaningful. And we all know that if you can make learning about kids, they engage fully in it, so you can get a lot of ‘bang for buck’ with local curriculum and local learning,” says Aan.

Take the geological rock formations along the East Coast Road, for example; Aan says these are unique to this area. The rocky shore will provide the basis for one of the school’s term 1 inquiries.

“And at the end of the East Coast Road is the Whangawehi River, where our students have done a lot of work with the Whangawehi Catchment Group through the Enviroschools programme. Our kids are the kaitiaki of the river and have helped to restore and look after it.”

“Our school has also been involved with projects in Opoutama Wetlands to restore the native plants and shrubs there, which have now been completed.”

One of Te Māhia School’s major learning activities of the year is the school’s camp, which involves a different camp experience each year over a course of three years.

Aan explains: “In the first year, it will be the ‘Māhia camp’, and then the next year they’ll do a ‘lake camp’, usually Tūtira, or Waikaremoana, making it a wider environment that our students learn about. In the third year, they complete a ‘city camp’ to broaden kids’ horizons and see what else is out there. 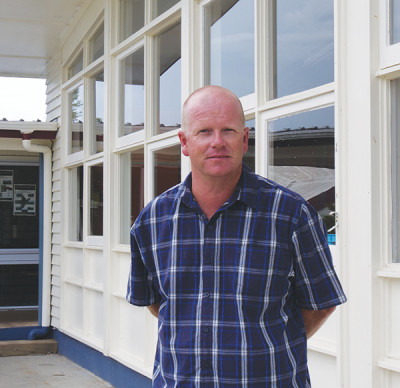 The school has just completed one part of this camp, last year.

“It consisted of learning about the history of Maungakāhia, one of our significant maunga (mountains) down here on the East Coast Road in Nukutaurua, which is where our iwi Rongomaiwahine were situated, and where Rongomaiwahine herself lived with Kahungunu.”

Before the students started their hike to the maunga, they had the opportunity to hear from one of the parents, Blue Maru, about the history of the place.

“Blue’s whakapapa connects to Maunga-a-kāhia and the stories he handed down to our kids were the stories that have been passed down to him,” says Aan.

“As we reached the summit, the kids were able to stand where their forefathers have stood and look out on the view that they had experienced.”

After the hike the students cycled along the beach to visit a seal colony at White Rock. There they met with Department of Conservation worker Malcolm Smith to learn more about the ecosystem.

Weeks before the camp, Malcolm brought a small juvenile White Shark to the school so students could dissect and study it. The shark was sent to the Department of Conservation after it unfortunately died from being accidentally caught in a net.

“So at White Rock, the students were able to see where the shark lived and learnt about the whole colony. The experience connected to some learning we’ve done in class.”

The next stop for the students was the monument near the Kopuawhara River, where 22 railway workers lost their lives in a flash flood in 1938.

“A lot of these children had no idea about that more recent history of Māhia. The author of Tragedy and Heroism at Kopuawhara, Gillian Ward, who is also the president of the Gisborne Hiking Club, came with us and she was our guide for the day and our expert on the history of that terrible incident.

“On our third day, we took turns flying across the peninsula in a Cessna. Ex-student Richard Coop and his wife Hannah currently lease Okepuha Station and they use the plane to commute between Napier and Gisborne. Richard and Hannah are incredibly generous and were able to fly our kids over the peninsula, and over Waikawa/Portland Island.

“A couple of years ago we presented the 600-year history of Waikawa/Portland Island at a drama festival in Wairoa. It was really neat for the kids to fly across it because we knew so much about that island already.”

Collectively these experiences – spanning the local area’s history, ecosystem, and geology – presented some fitting opportunities for the integration of learning across the curriculum.

Aan says whānau have played a huge role in bringing these learning opportunities to life for the students.

“Whānau are always involved with everything we do. We don’t have a lot of resource people in Māhia to draw on, but we have a wealth of people with local knowledge that we can draw on to help us with our learning. Depending on where we’ll go in Māhia, there’s always someone who has a really strong connection to that place through whakapapa that we can generally draw on to learn about it.”

Aan has already started planning for their September 2020 camp. He says that the learning outcomes are always his starting point when working on the camp’s plan.

“You’ve got to work out what’s the end result – what are you wanting to achieve, what is it that you want your kids to be able to do or learn from the experiences you provided. When you have worked that out, you then have to figure out how to make all of your learning purposeful, meaningful and design it in a way that kids can connect to it. You’ve got to back-map it and work on how to achieve those goals.”

Indeed, Te Māhia School’s approach provides a good example of how a strong connection can be formed between a school’s local curriculum and its strategic plan, and the importance of continual reflection and evaluation.